You could hear that slap all the way to Toronto 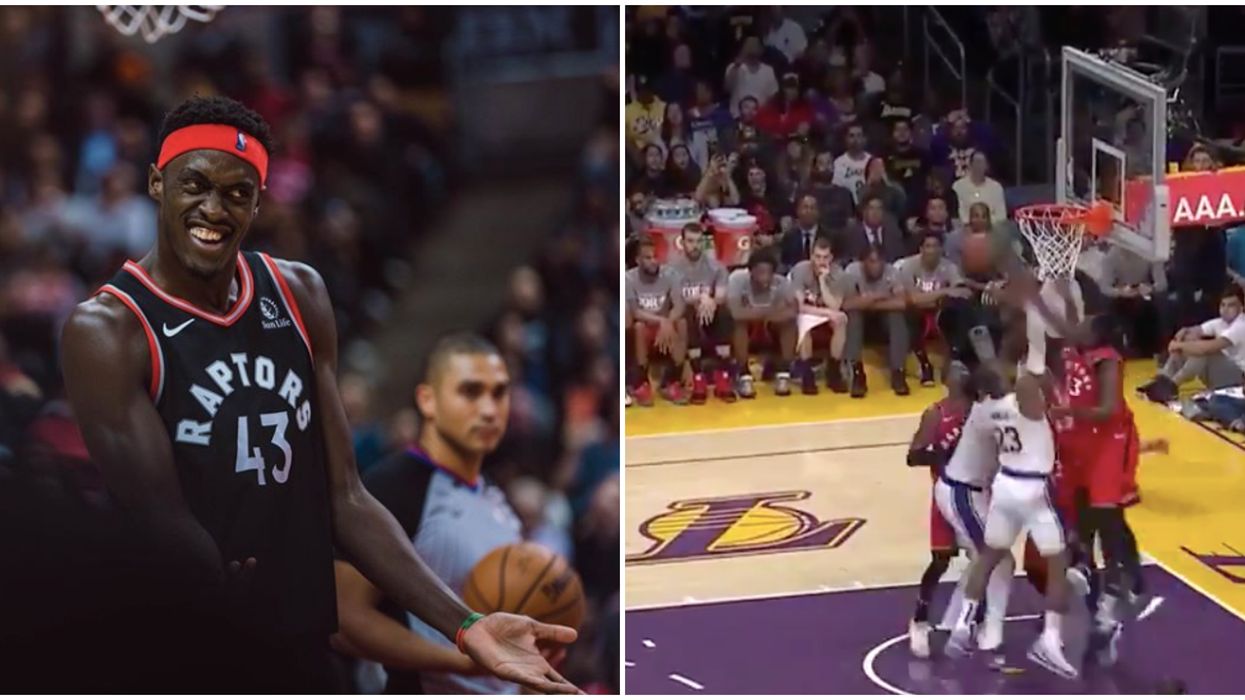 The Toronto Raptors are proving time and time again why they're the current NBA champs. If you were able to catch the game against the LA Lakers on November 10, then you know the amazing Pascal Siakam-LeBron James moment that left Raptors and NBA fans in complete shock. Clearly, no one can mess with Spicy P!

The Raptors faced off the LA Lakers in Cali on Monday night without stars including Kyle Lowry and Serge Ibaka, who are both injured.

Neither their depleted team nor the trip out west seemed to faze the Raptors, though, as they beat LeBron's team 113 to 104. The game was the first time the players faced off against last season's teammate and fellow NBA champion, Danny Green.

Although Lowry and Ibaka are out, the Raps proved they're just as strong without them. And, again, it was Siakam who made many of the headlines during the game.

Maybe it wasn't his very best performance, but Siakam finished off with 24 points and 11 rebounds to help end the Lakers' win streak.

It was even more impressive that the Raps won given that LeBron recorded his fourth triple-double in his last 10 games for the Lakers.

But the moment that shook everyone, certainly including LeBron, was when Spicy P emphatically blocked his shot, slapping the ball away as LeBron went for the layup.

Earlier, in the third quarter, the two players had shared this moment. What initially appeared to be heading towards an aggressive confrontation quickly became laughter and an apparent show of mutual respect.

Maybe Siakam did hold a secret grudge, though, after all! The following quarter, he denied LeBron about as decisively as possible.

And this latest incredible moment was enough for fans to go wild, whether they're a Raptors supporter or not.

Apparently, this moment is so iconic, at least one Raptors fan immediately decided they want this video to be played at their weddings and funerals.

bless me father for i have sinned it has been 48 hours since i last underappreciated Pascal Siakam
— Rob Perez (@Rob Perez)1573448384.0

It's been a big year for Siakam already, from his impressive form on the court to being asked out by a young fan on behalf of the fan's mom.

And fans just seem to love Spicy P as a player and for what he's done for the team.

Let's hope Siakam can keep up his momentum during Monday night's game against the LA Clippers. Toronto lifetime legend and Finals MVP Kawhi Leonard will be facing his former teammates for the first time since he left Toronto.

But for now, let's just keep replaying that LeBron block in our minds, shall we?