Pascal Siakam Dished On The Raptors' Scarf Saga On "The Social"

Spicy and scarves, the flavours of the month. 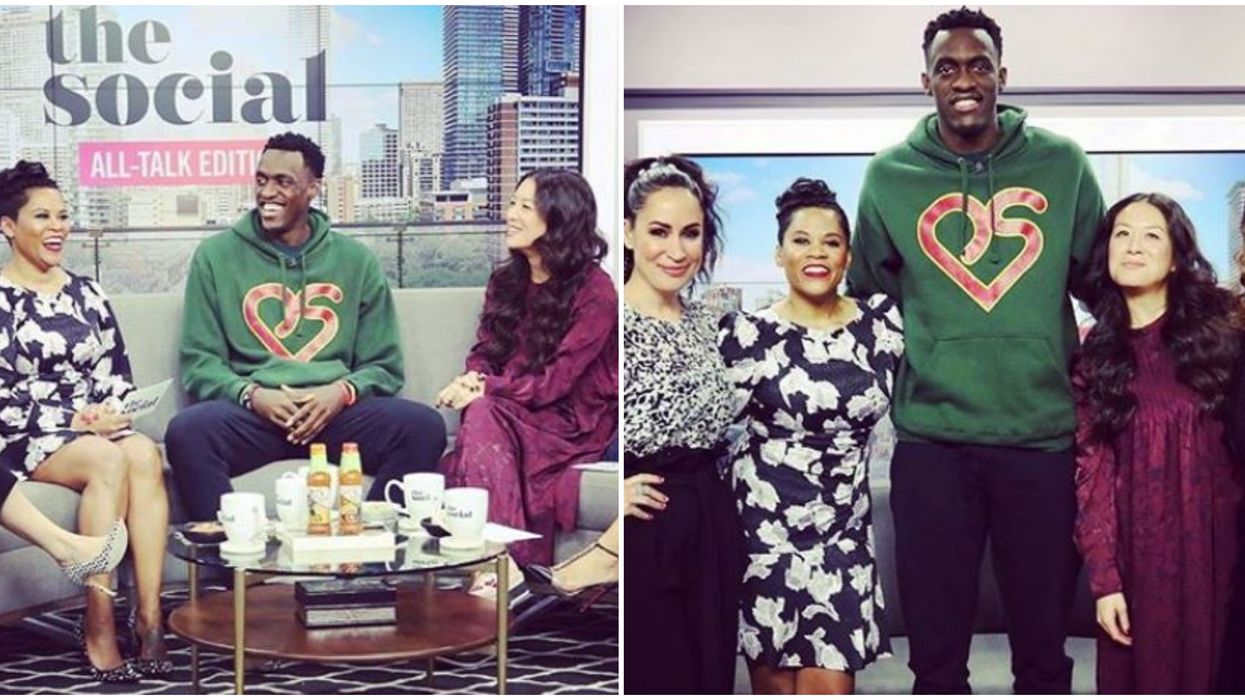 The Toronto Raptors are having fun right now. The franchise-record win streak may have snapped at 15 but the team is playing well, three guys are headed to All-Star weekend, and the 6ix has gone scarf-mad. And Pascal Siakam on "The Social" on Thursday, February 13 showed just how obsessed with the Raptors the country is right now.

Siakam is one of the Raptors contingent heading to the ASG in Chicago this weekend, along with teammate Kyle Lowry and coach Nick Nurse.

And, ahead of his first-time appearance at the annual showpiece, he was invited onto CTV daytime talk show "The Social."

The 25-year-old joined the co-hosts on the ouch on Thursday to talk about things including his "Spicy P" nickname, his new hot sauce, and, of course, a certain winter fashion accessory.

One thing seemed clear, though. He wasn't going to be pushed into blaming Serge Ibaka's high-profile scarf gifts as the reason for the team losing its first game in a month.

"I don't know, you could probably joke with Serge and tell him that, maybe it's his fault we lost the game," Spicy said.

Maybe he's wary of Ibaka's retribution after seeing how mercilessly Serge has waged war against his troll extraordinaire OG Anunoby since the pair's initial argument.

"I feel like I had to wear it cuz Serge made me wear the scarf!" Pascal told "The Social."

Damn. We might not have heard the end of this saga.

Siakam was also asked about the origins of his "Spicy" nickname, and he revealed that he certainly seems to think it's a fair title.

"I think just the way I play and the things I do on the floor, I just give like a type of flavour to the game, so it's the right name!" Siakam said with his trademark wide grin.

Siakam will start as a forward for the Eastern Conference lineup in the All-Star game on Sunday, February 16, with Nurse as his coach.

All that's left is for those two to pick up their banter where they left it off, too.

The Toronto Raptors, the most fun NBA champs ever? It's not for us to say.