He can't choose a favourite character. 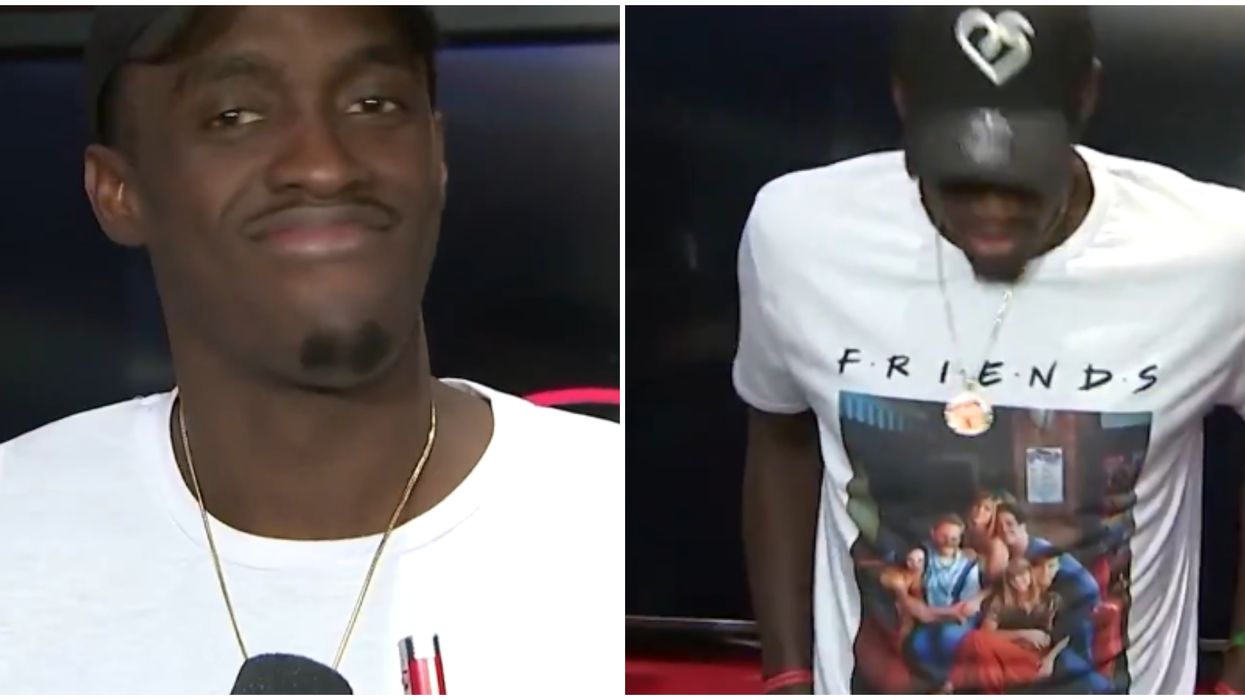 If you haven’t been following the Toronto Raptors this season, you should know that it's all about Pascal Siakam. The player, who mostly sat in Kawhi Leonard’s shadow last season, is slowly paving a spot for himself amongst the basketball greats and proving to the NBA that Toronto doesn’t need a star player to win. It also helps that Siakam is so loveable. Where Kawhi was adored for his blatant awkwardness, the 25-year-old is equally appreciated for his no-filter moments and his bromance with Fred VanVleet.

Siakam scored extra brownie points with Friends fans on Monday night after he rocked a shirt of the fab six during a post-game interview.

During the meeting, reporters asked the player who his favourite member of the group was, to which he responded, “I don’t know, I like all of them.”

I don’t know if there is a truly correct answer to that question, but I’d say judging by fan reactions to the clip, he did himself a favour by playing it safe.

Fans of the show were quick to weigh in with their own opinions of who they think is the best, with some even guessing who Siakam's real favourite is.

"I bet it's Rachel," one user guessed.

Canadian Friends fans were ecstatic earlier this month when it was announced that a Friends reunion special was officially in the works with all the original cast members.

While contracts have yet to be signed, it was announced that HBO Max would be streaming all the past seasons of Friends.

On top of that, they would also feature a Friends reunion special which might give fans answers to what has happened to the beloved characters over the past 25 years.

The magical duo of VanVleet and Siakam showed up big time for Toronto last night.

The two were essential to the team’s 101-96 win over the Philadelphia 76ers. The pairing spearheaded the victory with a combined 49 points.

VanVleet laid out the groundwork while Siakam took over the second stretch to bring the Raptors the win.