This exchange is hilarious. 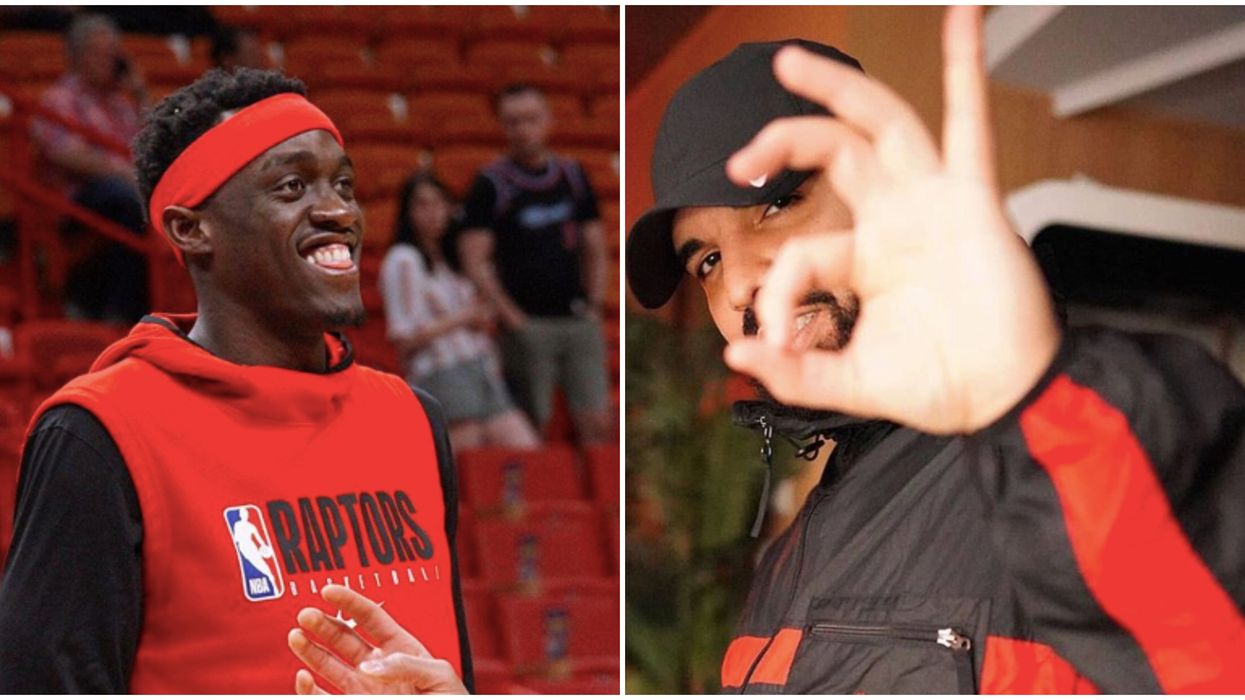 What is Drake without his infamous 6ix hand sign? Toronto's already pretty familiar with the gesture, and it looks like a little bit of Drizzy has rubbed off on Toronto Raptors star Pascal Siakam. Spicy P flashed the signal to his teammate Serge Ibaka, who didn't seem at all sure what to make of it.

A bonus clip of Siakam on Ibaka's cooking show How Hungry Are You? was shared on Thursday, January 9.

In the first few seconds into the clip, Siakam flashes the signal at the camera with a cheeky grin. The move stops Ibaka in his tracks before he asks Spicy what he's doing.

Siakam seems confused Serge would even ask, and then appears to doubt himself. "Isn't it like a 6ix?"

"So you a rapper now or, what is it?" Ibaka responds in a tongue-in-cheek fashion.

"We in Toronto bro, we in Toronto, so you gotta represent the 6ix side," Siakam laughs.

Siakam explains to his teammate that it's Drake's signature and convinces his buddy to join in on the action.

The whole exchange was pretty hilarious as Ibaka didn't seem to understand the gesture as a whole, despite Drake's notoriety and frequent presence at Raptors games.

"Not every part of the How hungry are you? interviews makes it to the final cut of the episode," reads Ibaka's caption on the YouTube video.

And we're so glad you did, Serge.

Ibaka is known to roast his teammates every once in a while, especially on their choice of outfits, so his lack of time for his teammate's shenanigans might have been expected.

Drake's involvement in the Raptors is regularly debated among fans. But if he didn't rep the 6ix as much as he does, we probably wouldn't have had such an awesome moment between two players.

Maybe he should do a little 101 on Toronto lingo and signs with some of the Raps.

He might want to focus on Siakam, too. After all, Spicy P was the participating Raptor who seemed to struggle the most in the team's Drake song lyric challenge last month.

Perhaps his attempts to nail the 6ix sign are an attempt to make amends with the Raptors ambassador after that?

Who knows? Regardless, Pascal might be set for an All-Star spot, but Serge seems to think he needs some practice if he wants to rep Toronto in Chicago next month.