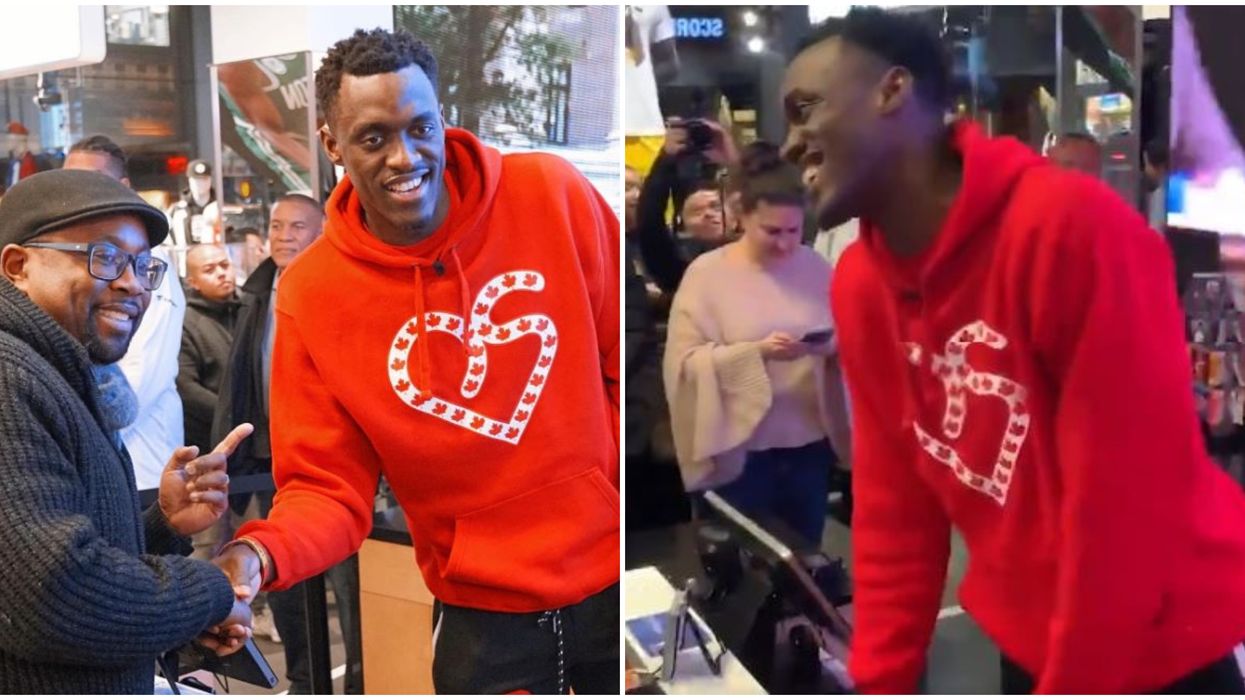 Maybe this NBA phenom should consider a part-time job in retail. Before Pascal Siakam was named an All-Star on Thursday, January 23, the Toronto Raptor was filmed working behind the cash desk at the NBA Store in Manhattan, New York. Fans were able to purchase Spicy P jerseys and Raptors gear and even get the big man himself to sign them.

The wait was finally over for Siakam as he was voted in as a starter in the NBA All-Star tournament in Chicago, February 2020.

His first lineup nod was just so emotional for the star player, as his brother was there to cheer him on.

But the way he waited for the announcement was as humble as it could possibly get, as Spicy got a little taste of the retail life.

The NBA Store Twitter account tweeted to tease a surprise for fans, leaving them to wonder who could possibly be the special guest not long before the results were confirmed.

Ultimately, Spicy P gave back to fans the best way he could: by signing autographs and cashing out their Raptors merch, according to multiple sources at the event.

As the clock struck 7 p.m., eyes were glued onto the large screen behind Siakam. There were raucous celebrations when his name was spoken.

Even before his place was confirmed, Siakam's teammates were banging the drum for him. Kyle Lowry, Rondae Hollis-Jefferson, and Matt Thomas made sure to show some love and support before the major announcement was made.

And the anointed All-Star got a surprise visit in New York from another teammate, Terence Davis, according to Raptors reporter Blake Murphy.

All jokes aside, Davis made sure to be there for his star teammate.

The love for Siakam in Toronto is so real that a fan even carved his seven-foot likeness into a snow sculpture in honour of the player.

And the forward being selected for honours might not even come as a surprise for many Raptors fans. After all, some seem to believe he's better than some of the team's old star players.

Well, now that he's an All-Star, Siakam can ditch his part-time employment as an NBA Store cashier and stick to what he does best, playing ball.

But at least now he has a failsafe career. Not that he's likely to need it.