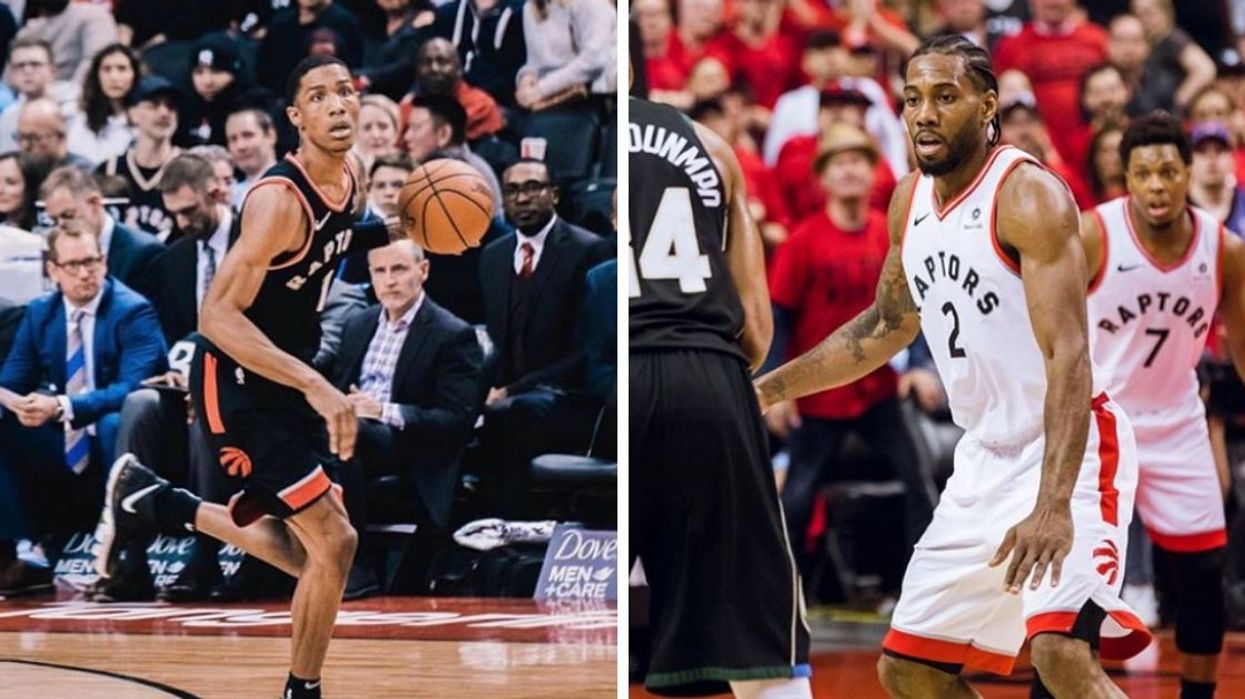 Toronto fans may still be in their feelings about Kawhi Leonard's departure, but the arrival of a new Raptor is starting to lift their spirits. The Raptors announced on Monday that the franchise has officially re-signed swingman Patrick McCaw, which might just be the best news to come out of Toronto’s camp all month. The real question is, can McCaw really compare to the Finals MVP? Apparently, he can.

According to Basketball Reference, McCaw actually had a better free throw percentage this season than Leonard. 23-year-old McCaw hit 87% over Kawhi’s 85%. That doesn’t necessarily make him a better player, though. We won’t know for sure what kind of impact McCaw will have until this season starts, but you also have take into account that he’s won every NBA Finals Championship that he’s ever been a part of. He has as many rings as LeBron James, so at the very least, he’s a good luck charm.

Some even went as far as to compare him to Kawhi:

And it seems as though the Raptors organization as a whole feels equally blessed to have re-signed the hidden powerhouse.

“Patrick is a multi-dimensional player who brings a lot of skills to our team and can play a variety of positions,” Raptors general manager Bobby Webster said in a release. “We're really glad to have him back." Welcome back to the north, McCaw!