There are delays of up to 3 hours and cancellations this morning. 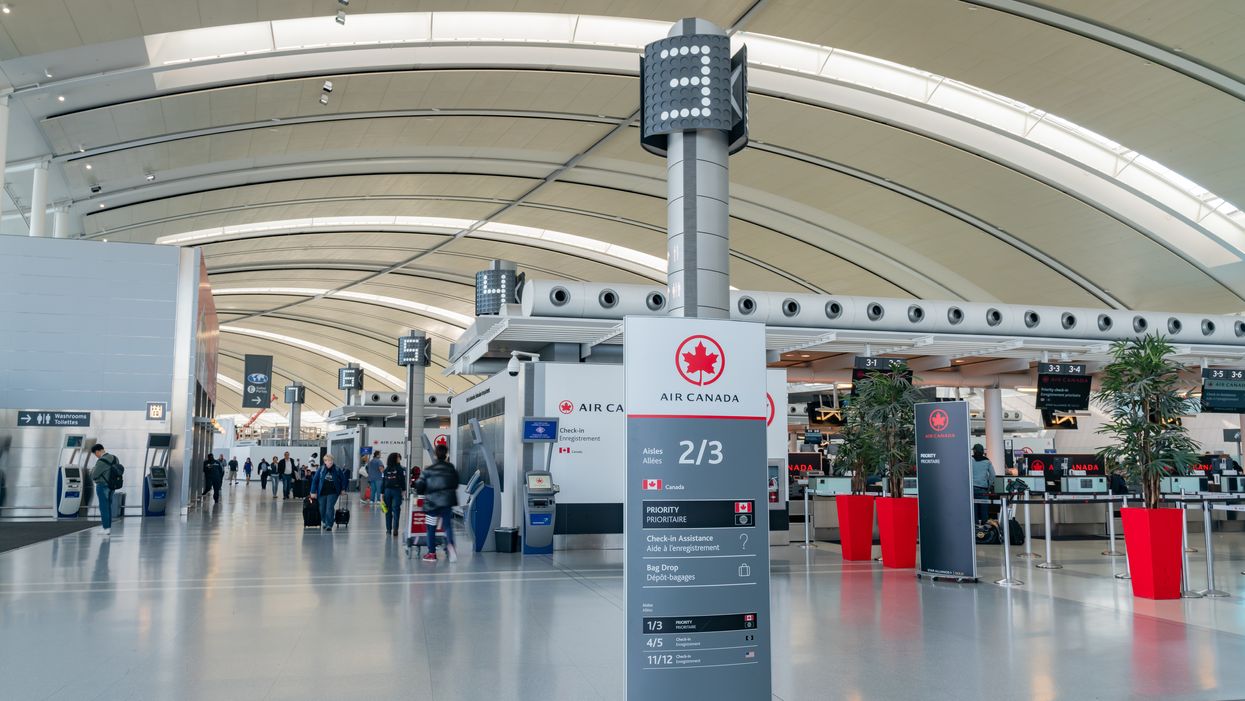 Fewer words strike fear into a local traveller’s heart than “Ontario ice storm.” It’s a phrase that brings to mind dreadful delays, and if you were planning on leaving this wintry province early Monday morning, let’s just say you might be out of luck. Toronto Pearson airport is reporting a number of delays and cancellations this morning in the aftermath of a province-wide dosing of everyone's favourite weather, freezing rain.

Delays of up to three hours are to be expected on a few early flights to the U.S., which will now depart at 9:30 a.m. instead of 6:30 a.m., so it looks like you could’ve slept in after all.

Thankfully, the majority of the delays aren’t nearly as bad, with most only being delayed an hour at most.

However, that doesn’t help those whose flights have been cancelled due to poor weather conditions this morning.

It’s also worth noting the vast majority of cancelled flights were travelling to other parts of Ontario and Quebec where the ice storm is taking place.

The Ontario Provincial Police are currently warning residents to stay off the roads today as the ice continues to make commuting a total nightmare.

Environment Canada also warned that the wind would also be going at around 40 to 60 km/h just north of the Greater Toronto Area.

In Toronto itself, powerful gusts of 70 to 80 km/h are expected.

Travel conditions will be at their absolute worst in central Ontario, while southern Ontario will mostly be stuck battling nasty winds, especially along the lake.

Unfortunately, conditions aren’t expected to get any better for New Year’s Eve as it is expected to snow all day.

So, if you’ve got big plans, you’re going to want to stay inside as much as possible.