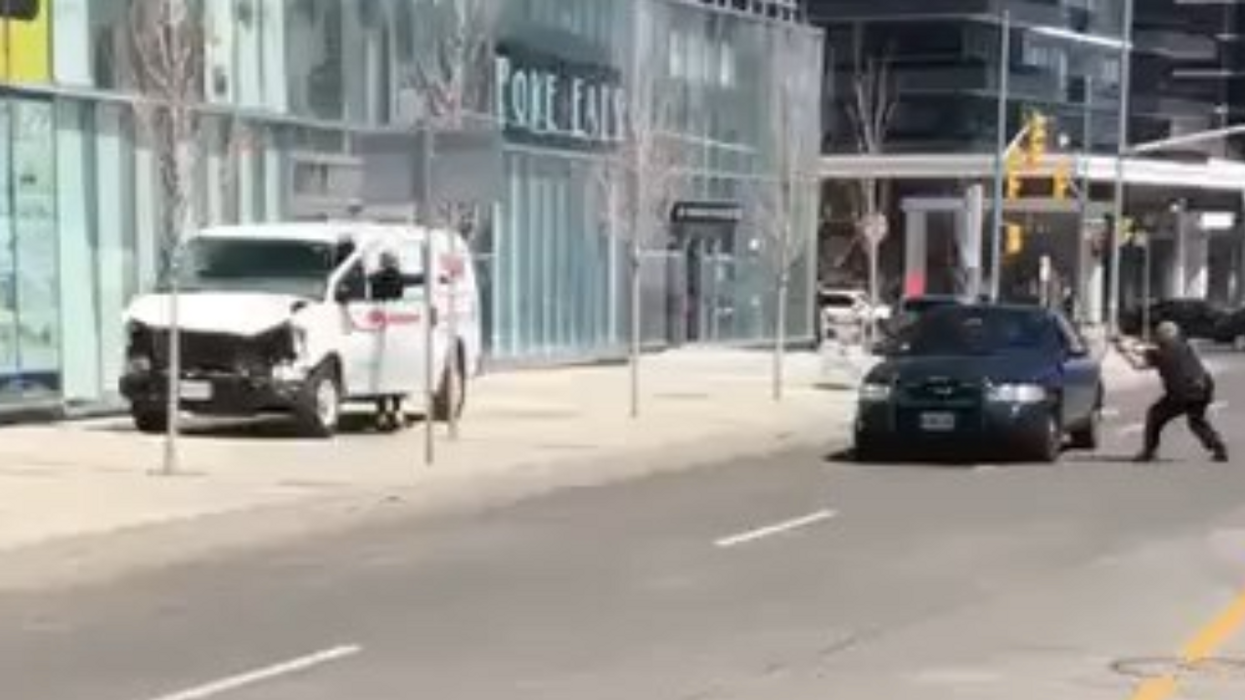 As we are certain you have heard by now, yesterday a van plowed into people on the sidewalk in North York between Finch and Sheppard on Yonge Street killing 10 people and injuring over a dozen others.

The suspect, Alek Minassian, is in custody and is scheduled to appear in court later today. Right now, there isn’t any word of what could possibly have been a motive for the attack.

This incident has obviously shaken many in the city but people are praising the actions of the officer who arrested Minassian, who showed tremendous restraint during his arrest of the suspect.

The officer chose not to shoot Minassian in an attempt to kill him. That’s despite the fact that in a video of the arrest (which you can see above) Minassian can be heard yelling at the officer the words “kill me” and “shoot me in the head.”

He also yells at the officer that he has a gun in his pocket while pointing some other kind of object at him. The officer remained calm though and ordered Minassian to “get down or you’ll be shot.”

The officer then arrests Minassian without shooting him.

Video from Yonge and Finch at Toronto pic.twitter.com/YvS8GcJ8pg

People on Instagram and Twitter say that the cop did the right thing by taking the suspect into custody so that he could face justice instead of simply shooting him.

Thanks to this officer police may now have a better chance to understand why this horrific incident took place as they will be able to question the suspect instead of trying to piece it together without him.