And apparently Haiti should join, too. 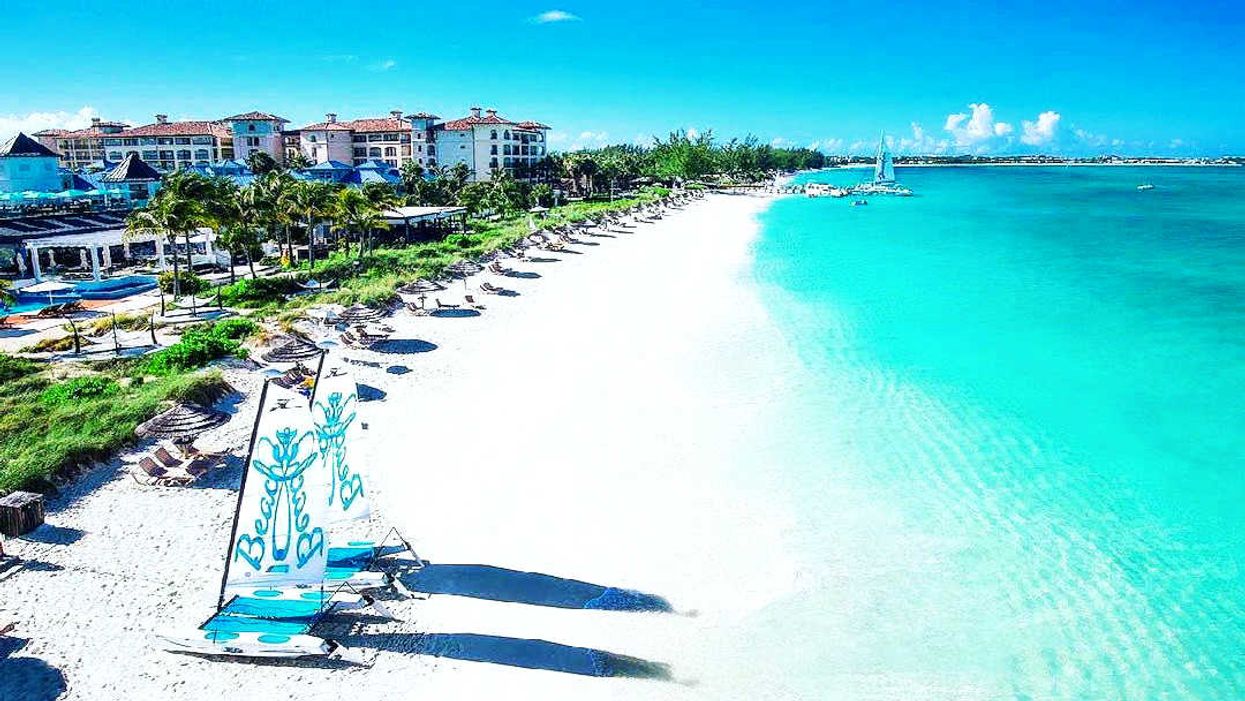 For more than 40 years, Canadians have deliberated on the adoption of Turks and Caicos as one of its own provinces. In 2017, it appears that the debate is still alive and well among both citizens and members of parliament.

READ ALSO: You Can Now Fly To Japan From Toronto For $750 Round Trip

Earlier this year, Erin Weir, the NDP MP for Regina-Lewvan, opened an online survey asking Canadians whether or not they would support the proposed acquisition of the Caribbean island. A short description on the webpage explains that many in the country "are dreaming right now of a tropical getaway" and that the concept has been supported by past members of parliament, including former Conservative MP Peter Goldring and former NDP MP Max Saltzman (who first proposed the idea in the 1970s).

The survey follows a resolution list submitted to the NDP convention in 2014 stating that an NDP federal government would make the islands "an affordable tourism industry for all Canadians."

Over the years, it seems as though leftists have been the most in favour of making Turks and Caicos the 11th province of Canada. Paula Pears Hastings, a former PhD candidate at Duke University, had even written a 300-page dissertation strongly campaigning for the annexation of the islands.

Currently, no major updates on the progress of this issue have been released by the NDP; however, the conversation will surely be revisted (as per usual).

On a related note, the Turks and Caicos aren't the only Caribbean nation under Canadian watch. In a recent opinion piece in the Boston Globe by law professor Richard Albert, it was argued that Haiti should surrender its sovereignty and assign itself to a country that "can be trusted to act in Haiti's long-term interests." Albert believes that the country best fit to assume that role is Canada:

The answer may be Canada, for years one of Haiti’s most loyal friends and foreign aid donors — and today one of the most popular destinations for the diaspora. Canadians today yearn for real influence in the world, and there may be no better way than building Haiti anew drawing from Canada’s values of equality, diversity, and compassion, and its unique expertise in humanitarian assistance. Prime Minister Justin Trudeau is still looking for a major foreign policy achievement since his election in 2015, and this commitment could leave a legacy that would match his father’s own achievements as prime minister.

Some influential Canadians have promoted a "protectorate status" for Haiti before, including the Chrétien government which established the "Ottawa Initiative on Haiti" in 2003 to discuss the future of the country.

Of course, all these talks of annexation and takeover are not exempt from ethical controversies. Yves Engler of Dissident Voice wrote that the suggestions "ignore Caribbean history, foreign influence in the region and whitewash the harm Ottawa has caused there. Even worse, they enable politicians' to pursue ever more aggressive policies in the region."

Where do you stand?