The Raptors are back home for the first time since their championship win. 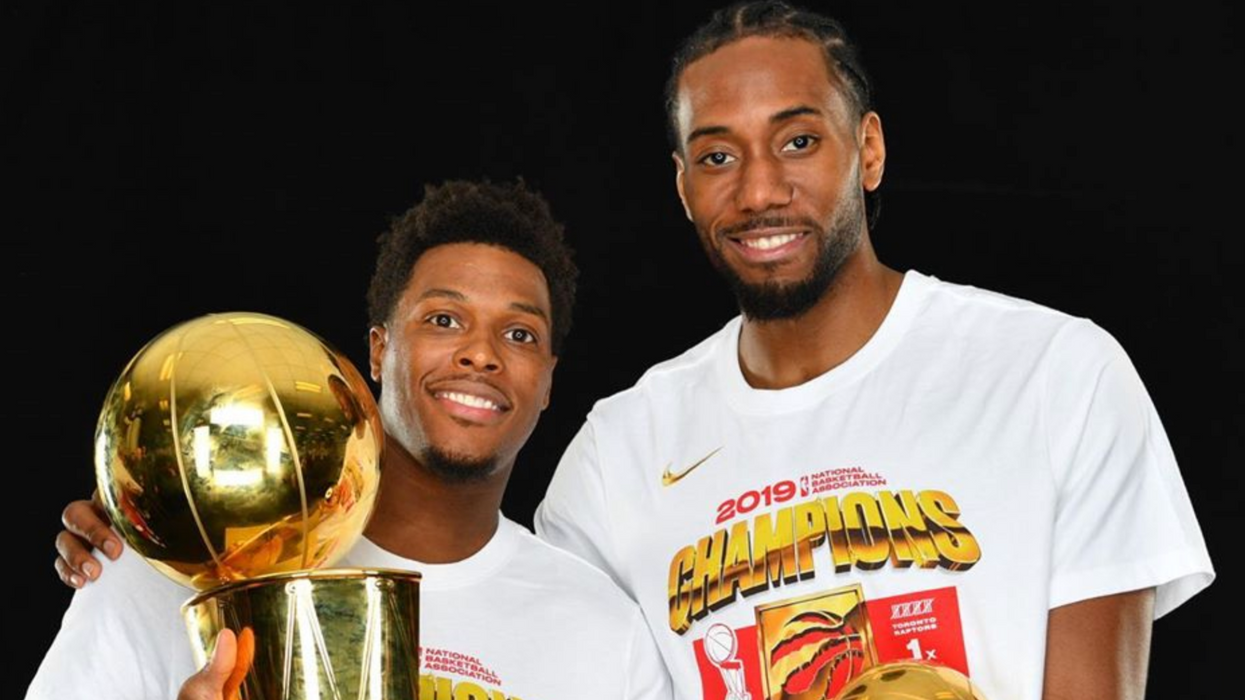 The Raptors have officially returned to Toronto for the first time since their stunning victory over the Golden State Warriors in the NBA Finals. On Thursday, the team became the first NBA franchise in Canadian history to take home the title. Photos of Raptors winning Thursday's game are just as spectacular as the ones taken last night. The Raptors are back on Canadian soil with The Larry O'Brien NBA Championship Trophy in their arms.

Thousands of Raptors fans flooded the streets of Toronto on Thursday to celebrate the history-making win. The only missing pieces of the spectacular night were the players themselves. Finally, after a wild weekend of partying in Vegas, the team is coming home to greet their fans and prepare for Monday's victory parade.

Some of the players arrived at Toronto's Pearson Airport at just before 9:00 PM ET on Saturday night, including Marc Gasol, Normal Powell, Fred VanVleet and Jeremy Lin. The rest of the team is set to arrive on Sunday.

@RebeccaSutherns Thank you for your positive feedback. Congratulations to our Raptors!!
— Toronto Pearson (@Toronto Pearson)1560558532.0

Coach Nick Nurse greeted crowds of screaming fans outside of the airport upon arrival.

Raptors' Global Ambassador and Canada's home team have been celebrating in Las Vegas since Friday. It was a celebration 24 years in the making and judging by the videos of the festivities, they made it count.

A massive NBA Championship parade and rally is scheduled to kick off in Toronto on Monday. According to CP24, the Raptors will travel the parade route on an open-air double-decker bus with the Larry O'Brien Trophy beside them. For more details about Monday's parade, click here.

The parade will be the first celebration of its kind in the 6ix since 1993 when the Toronto Blue Jays won the World Series.

It's a good time to be a Canadian sports fan again. The Raptors have inspired a new era of Toronto team fandom and potential. The Raptors are NBA Finals Champions - anything is possible.