Pinterest Is Opening Their First Canadian Office In Downtown Toronto

The new office is set to open its doors on October 1st. 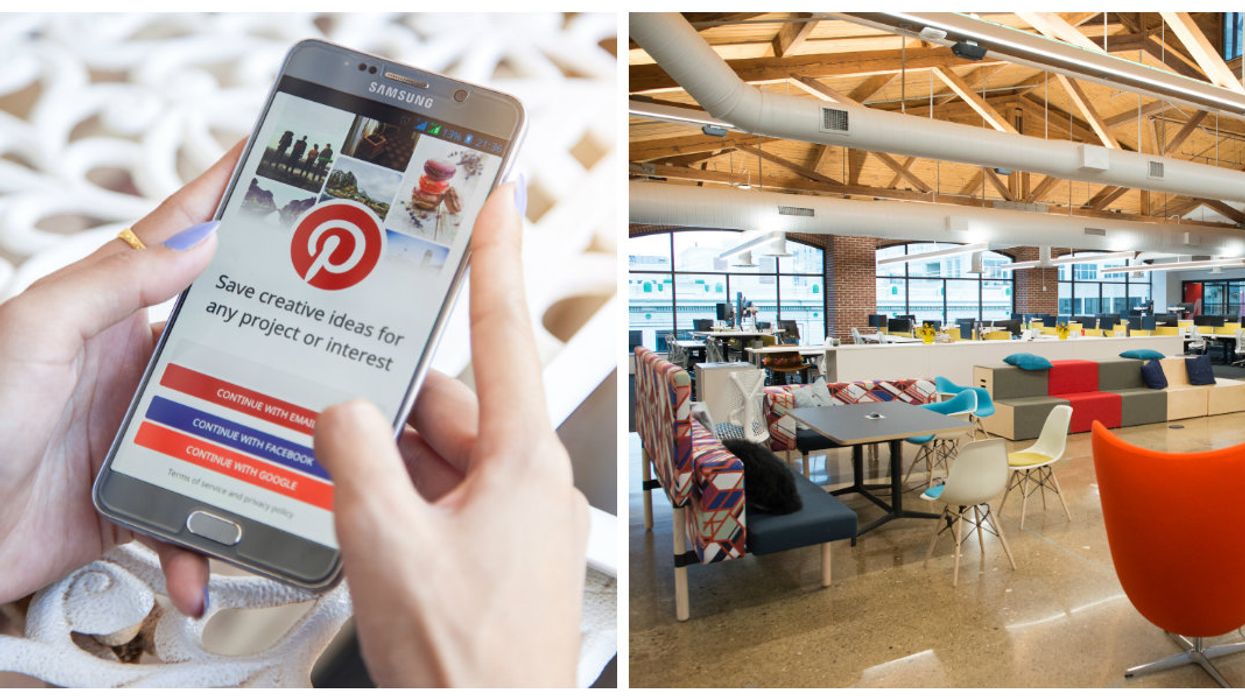 In an exciting new announcement, Pinterest has revealed that they're launching their very first Canadian office in downtown Toronto. The office will help the photo-sharing social media app establish their presence in Canada, and is set to open its doors next Monday, October 1st. Being one of the most well-established social media platforms on the Internet, it's no surprise that Pinterest is known for its beautiful office spaces around the globe.

The company's San Francisco headquarters - just across the street from Airbnb's - is a gorgeous four-floor space, complete with a full coffee and beer bar, a sleek and modern design, and endless open-concept working spaces.

Check out this complete video tour of the office below:

From what we've seen of Pinterest's stunning offices, we have high expectations for their new Toronto space. No word yet on the types and number of jobs that Pinterest is looking to fill, but we're keeping a close watch on their careers page.

"Pinterest is already deeply embedded in our culture and Canadians love Pinterest because they want to discover and try new things," says Pinterest's Toronto office manager, "They are relentlessly seeking inspiration to enhance their own lives." According to Pinterest, over 1.5 million businesses around the world advertise on Pinterest. Canadians "pin" about 4.5 million ideas on the app every single day. Based on these numbers, Pinterest is clearly long overdue for a Canadian HQ.