You can shoot hoops on your pizza box now! 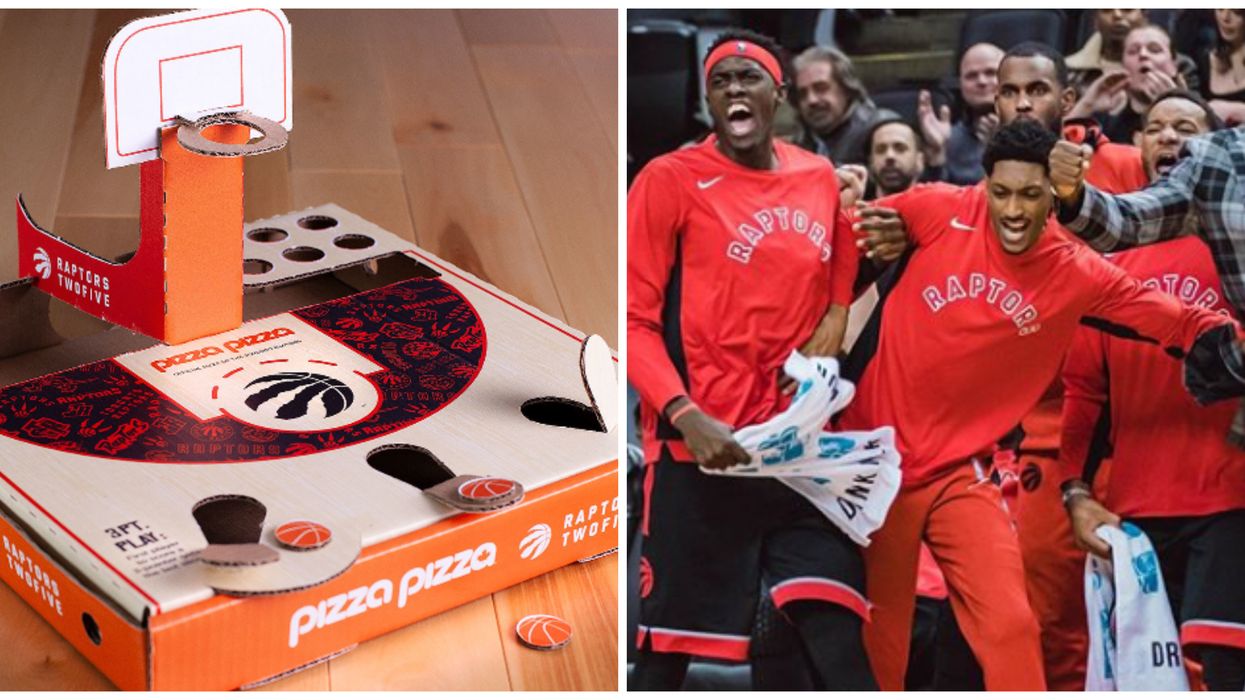 Are you bored with regular, boring, old pizza boxes? Do you find yourself dreaming of a world where everything is somehow related to the Toronto Raptors? Even your cardboard recyclables? Well, do we ever have some great news for you. Pizza Pizza’s latest invention is bringing things outside of the box and into the court.

The brand new Raptors “Gamebox” is transforming the company’s pizza packaging into a fun, interactive experience for basketball and pizza fans alike.

Seriously, you can have your pizza and play it too.

According to the franchise's latest press release, the box features several perforated cut-outs, which, when put together, create a miniature tabletop basketball game.

So, you can shoot a couple of hoops after gorging yourself on reasonably priced pizza. It’s literally the best of both worlds.

"There's nothing that brings people together more than pizza and cheering on the Raptors – and now there's a new activity to go along with it," explained Paul Goddard, CEO at Pizza Pizza.

"It's a simple, entertaining way for family and friends to play together as a group, combining a skill challenge with a bit of competitive spirit and a whole lot of fun."

The new “Gamebox” is in celebration of the Raptors 25th anniversary season and features the team’s new Two-Five branding, which they adopted earlier this year.

The idea was created by Raymond Luk, Creative Director at Pizza Pizza, as a way to connect loyal Pizza Pizza customers and die-hard Raptors fans.

It’s also worth noting that the box is only available with the purchase of a large pizza and the special offer is only on for a limited time at Pizza Pizza location across Ontario.

However, Pizza Pizza isn't the only franchise cheering on the Raptors. Earlier this year, McDonald's announced that they would be giving away free fries every time the team scores 12 or more three-pointers.

The Raptors will face off against the Clipper on Wednesday night at the Scotiabank Arena.