After the video went viral, Toronto Police have arrested the 19-year old woman. 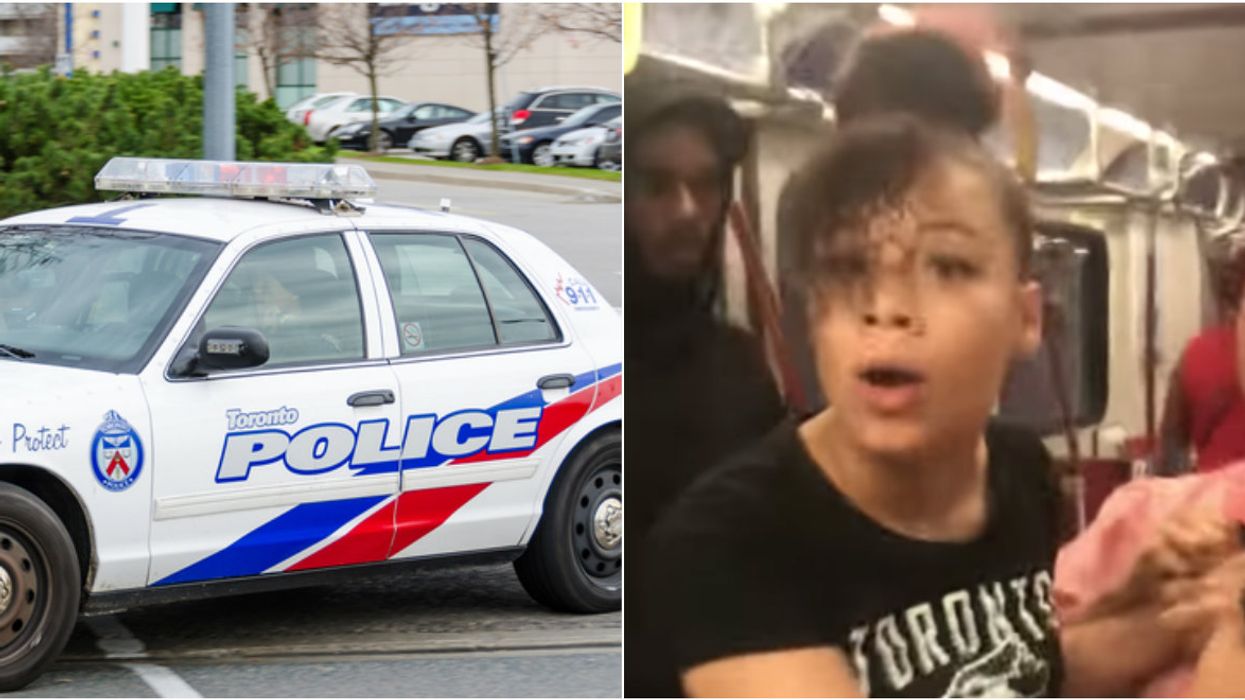 After the video of a woman having a racial confrontation on the TTC when viral earlier this week the Toronto Police had confirmed that they were looking into the incident as a robbery.

Police have confirmed this afternoon that the 19-year old woman who could be seen wearing a black t-shirt in the video has now been arrested and charged.

They said that Tashia James surrendered to the police at around 1:30 AM on Wednesday morning where she was then arrested and later charged.

Due to James breaking the terms of her probation, she has been charged with one count of robbery for the phone and one count of failure to comply with probation. She was expected in College Park courts today.

In the minute-long video, James can be heard saying "go back to China" to a woman who she is stealing a phone from. She then runs down the subway car holding her phone and getting into a physical tussle with the other woman in pink.

She says she wants her to delete a video that is on the phone and will take it if it's not deleted. Eventually, James runs out of the subway with the cell phone only for the woman in pink and bystander to follow her.

Hi there, we condemn, in the strongest possible terms, racist abuse and I'm very sorry you experienced that. If this happens you can let the driver know who can contact Transit Enforcement to come and deal with the situation from there. ^KM

While it's still not known what actually started the altercation, the racially charged incident happened on July 28 at Eglington West subway station.

The TTC has responded to the incident stating that they condemn any kind of racial abuse.