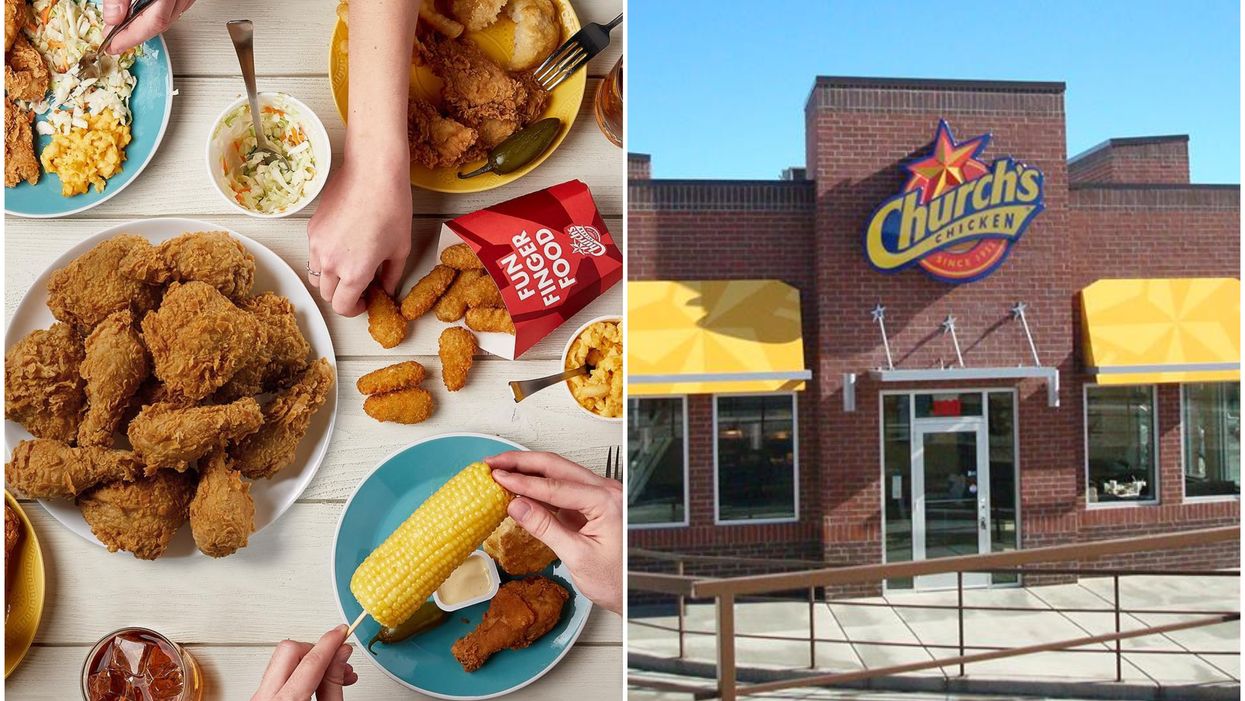 Calling all fried chicken lovers! Beloved chain Church's Chicken will be opening several new stores in Ontario and we can't wait. This move is a part of their Canadian expansion.

The fried chicken chain will be opening four new stores in Canada. Three of those stores will be in Ontario, and one will be in Alberta. This means that the number of Church's Chickens in Ontario will almost double! There are currently four locations in the province.

READ ALSO: Mississauga's Square One Is Getting A Massive Best-In-Class Food Market This Spring

Church's Chicken is known for its delicious, hand-battered fried chicken. Their iconic spicy chicken is marinated for 12 hours, according to their website. Church's said that they "serve the best darn chicken in the world".

Right now there's only one location in Toronto, which is located at 1171 St. Clair Avenue West, so we're excited for this expansion to bring more stores to the city. The first Toronto location only opened about two years ago in 2017, according to their website. There are also two Church's locations in Scarborough and one in Brampton. The fried chicken chain made the exciting expansion announcement in a news release yesterday. "Church's is expanding across Canada building on our already strong presence in Vancouver," reads the release. "Our ultimate goal is to become the top chicken choice for the ever-growing number of Canadians who love eating deliciously prepared chicken." Church's Chicken has several different fried chicken options to choose from. You can indulge in their Original Chicken, Spicy Chicken, Chicken Tenders or Chicken Sandwiches. There are also delicious sides to go with your fried chicken meal, such as fries, honey-buttered biscuits, poutine, and mashed potatoes.

The franchise currently has over 1,700 locations worldwide in 26 countries. To find out more about Church's Chicken or to find the closest location to you, check out their website.