Probably The Best Breweries In Toronto

This city offers some great fun and even better beer. 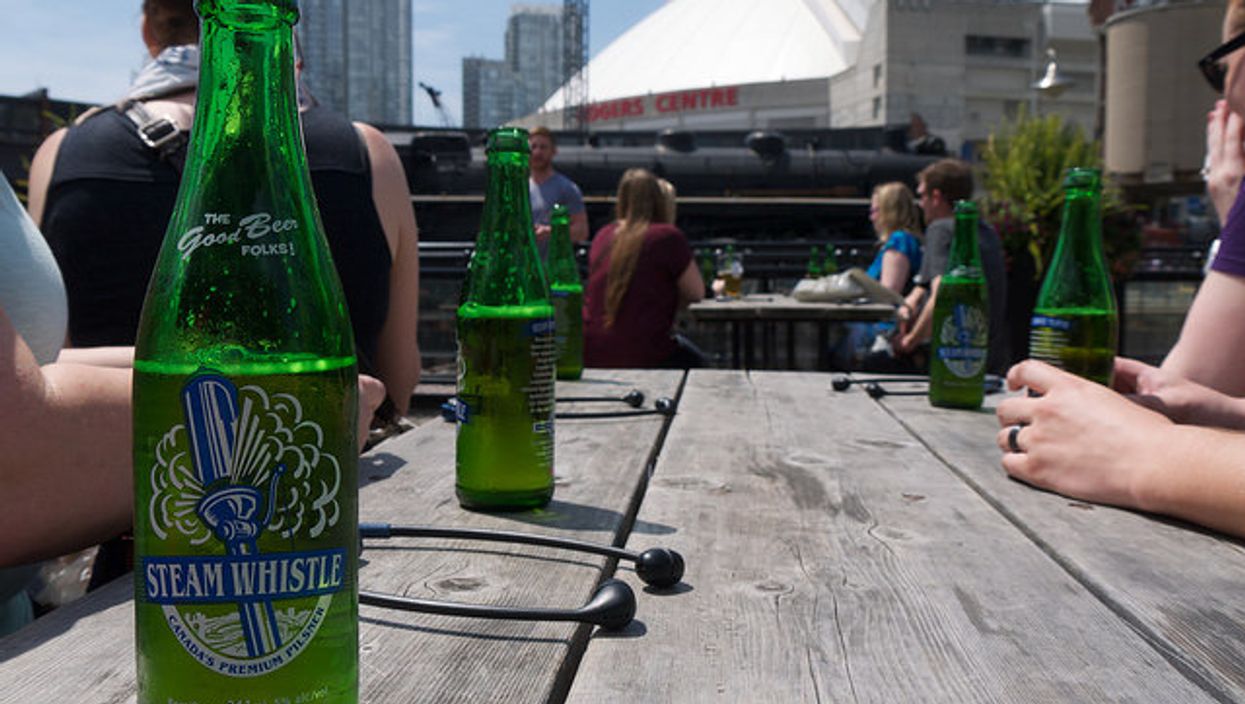 Toronto is known (or should be known) for their large selection of craft beers and breweries that are sprinkled throughout the city. Summer is coming and if you weren’t already, everyone is craving a cold one. Each of these breweries is unique in their own way, and offers beer that were born and raised in Toronto. Be sure to add these to your must-drink-at list this summer.

What better way to throw back some delicious pints then in a muskoka chair on an over-sized patio overlooking Lake Ontario? Although Amsterdam Brewery has been around since the late 1980’s, it really took off when they opened their Harbourfront Brewhouse right on the lake in 2013. Amsterdam Brewery is home to nine beers that are served year round, and several seasonal beers that pop up throughout the year. Pair a flight of beer with their delicious food menu, and Amsterdam Brewery is the perfect spot in the city for beer (and patio) lovers.

A small craft brew pub on Ossignton that opened its doors to Toronto in 2012, Bellwoods Brewery is committed to brewing, in their words, “interesting” beers. Favouring hoppy style beers, Bellwoods Brewery draws their inspiration from citrus, piney and pungent flavours. Don’t get too attached to one kind, because Bellwoods Brewery only develops so much of one type of beer, meaning each time you visit, you may find a new favourite.

A famous Toronto icon, the Steam Whistle Brewery sits in the previous home of the Canadian Pacific Rail steam repair facility and is one of the most photographed places in Toronto. Steam Whistle offers tours every 30 minutes, but beware as they fill up quick (especially on weekends). Have one too many beers and take a ride on their mini train around the grounds, or visit during their craft beer festival in the winter or summer. Also, they have a great patio open during busy holidays and long weekends that allows you to drink right under the CN Tower.

This brewery has a couple locations across the city, from their swanky distillery district location to their location at Pearson Airport. Mill Street is a Toronto staple; with five beers they serve up year round and can be found across the city, to their unique seasonal favourites like the Lemon Tea or Vanilla Porter. Their east Toronto location has a menu filled with a mix of your ordinary pub food, plus more, and you can take one of their daily tours of their smaller on-site brewery.

Indie Ale House has committed itself 110% to beer. They do not serve any other drink, so if you’re coming with a date that “doesn’t drink beer,” don’t bring them here. They emphasis the fact that they make beer with ingredients that results in flavours, not ingredients that result in cheaper beer. Indie Ale House does everything in their brewery by hand, no machines involved, which sets it apart from the bigger Toronto breweries, and to top it off they have premium food, with delicious homemade burgers.

This isn't the founder, Mike Duggan first shot at the whole brewery thing. Mike was the co-founder of Mill Street, and now has taken his brewing skills over to his Queen West location in Parkdale. Housing eight beers, and many seasonal and specialty brews, this brewery is one to add to your to-do list. The Parkdale location has a rustic feel, plenty of seating and a full menu.

As per its name, Junction Craft Brewing is located in The Junction. Committed to brewery high-quality, hand-crafted beers, made with natural ingredients, Junction Craft Brewing is known for their Conductor’s Craft Ale. This brewery isn’t built as a full sit down restaurant like some of its competitors, but pop by to pick up their latest concoctions at their retail store, and sample some of their new creations on the weekends (only open Thursday-Sunday).

Pssst.. Toronto is also home to some of the greatest beer festivals. Don’t miss the Toronto Festival of Beer happening this July (tickets already selling out), or the Roundhouse Summer Craft Beer Festival at Steam Whistle this summer.