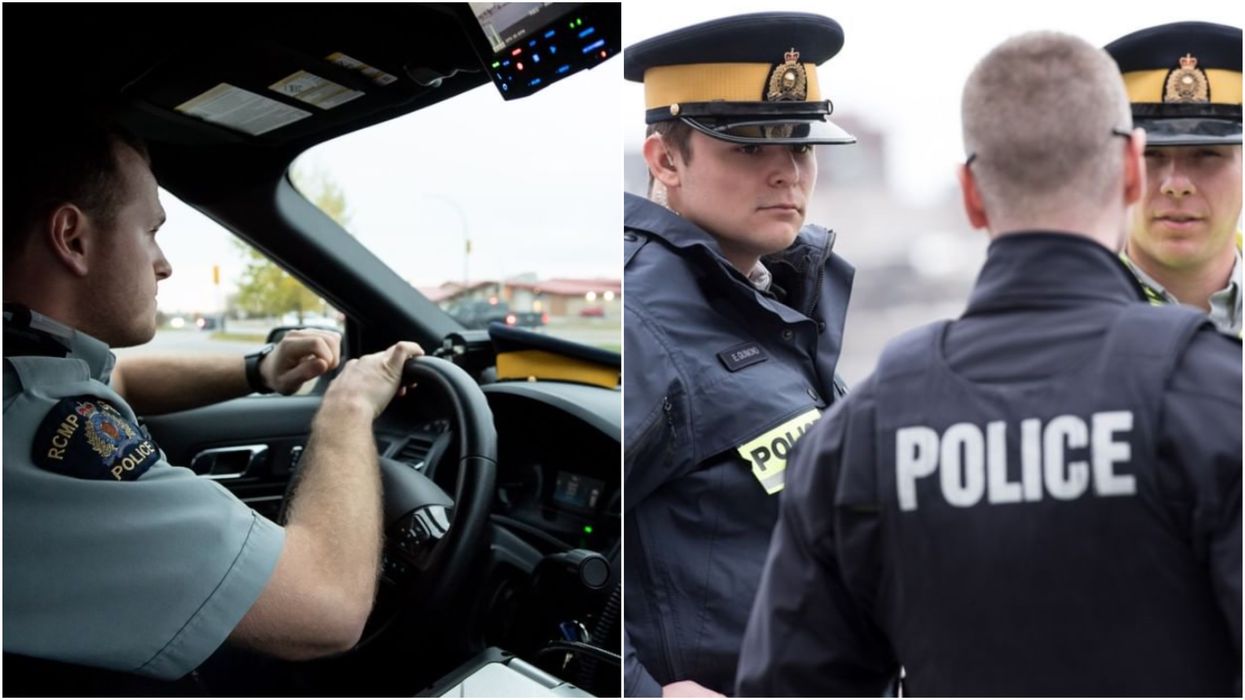 Violating social distancing protocols has serious consequences in Canada right now, and the RCMP is making sure the rules are enforced. Police will soon be knocking on doors to make sure people are at home quarantining, as required by the Quarantine Act. If you don't comply with officers, fines can reach up to $750,000!

The Quarantine Act, which was invoked on March 25, states that it's now mandatory for anybody who was recently abroad to self-isolate for 14 days. To make sure people are complying with this rule, the Public Health Agency of Canada (PHAC) has asked that police agencies across Canada "provide physical verification" that people are staying at home.Residents won't be completely caught off guard, however. There will be attempted contact before police come knocking. "These checks will generally be limited to persons who, after PHAC has done initial verifications by phone, text or e-mail, may require a physical verification by police," says the news release."Maximum penalties include a fine of up to $750,000 and/or imprisonment for six months for failure to comply with this Order."

That said, "arrests would be a last resort," and would be up to the discretion of the individual officers.

The release also adds that taking a person into custody isn't the preferred method of enforcement, as it does pose a potential risk of further spreading the virus. For those busted for failing to comply, individuals will be issued a court appearance or summons, as opposed to being taken into custody.

"Choosing to ignore mandatory isolation and quarantine orders is not only against the law, it's also putting citizens, first responders, health professionals and the most vulnerable at risk of exposure to the virus," said Brenda Lucki, an RCMP Commissioner. Fines for deliberately putting others in danger of contracting COVID-19 has much more serious consequences. The fine would be up to $1 million with a maximum sentence of a year in prison, according to the RCMP. A 24-year-old woman was recently arrested in Ottawa for coughing and spitting on police.

It's unclear if she'll be paying the million-dollar fine, but she was charged with assault. Though officers are doing their best to make sure they don't have to make arrests, it's important to note that Canada is taking precautions very seriously right now.

Stay home whenever possible, everyone!