It is Ford's first day back in office. 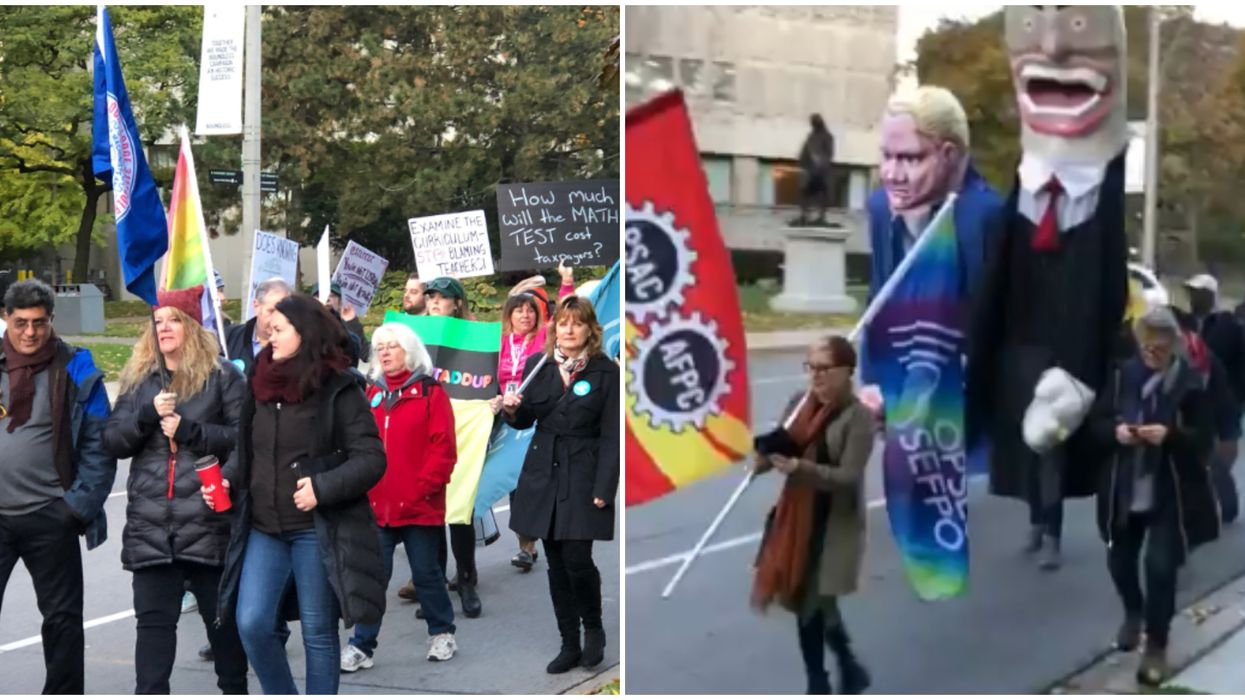 After a nearly five-month-long hiatus, MPP’s will once again sit in Ontario’s legislative chamber at Queen’s Park. According to CBC, Doug Ford and his government are set to begin tackling a long to-do list that will include everything from the Autism program changes to Ontario Place. It has been a whirlwind first year in office for Ford, who faced widespread backlash over his changes to the province’s educational system, amongst other pressing issues. However, Queen's Park protesters have already started to gather outside of the building.

Protestors have already begun assembling outside of Queen’s Park to greet Ford on Monday morning. Breakfast Television’s Tammie Sutherland reported that police began gathering at Queen's Park ahead of the planned protests, which started at 7:00 a.m. Numerous labour groups are scheduled to demonstrate as MPPs return to the legislature today.

A band of protesters was spotted marching around the park with a giant sculpture of Doug Ford and “a banker.” The musicians could be heard playing an instrumental version of Cee-Lo’s hit song “F-ck You” as they danced around the exterior of the park, which is under construction at the moment.

Other demonstrators decided to dress up in 50’s-inspired outfits, suggesting that education and childcare changes have sent Ontario back to the 1950s.

A great kickoff to the Day of Action for an #Ontarioforall. Conservative MPPs need to #changetheagenda. Be part of… https://t.co/u3PpXgMCer
— OFL (@OFL)1572265317.0

This isn’t the first time that Ford has faced protests in Queen’s park. A group of activists caused controversy back in May after bringing a disturbing set of props with them.

Hammer and sickle flags, signs that called for the head of Doug Ford and a homemade guillotine coated in fake blood, were all spotted during a “general protest” of the premier.

According to The Toronto Sun, the first bill expected to be addressed at Queen’s Park today will be introduced by Associate Small Business Minister Prabmeet Sarkaria.

The bluntly titled, Better for People, Smarter for Business Act 2019, is a wide-ranging legislation that focuses on eliminating what Ford’s government views as needless duplication and out-of-date regulations.

“Reducing Ontario’s regulatory burden is an important part of our government’s plan because getting this right matters to families, businesses, and Ontario’s bottom line,” Sarkaria stated in a ‘Message from the Minister.’