He hoped they would be ticketed. 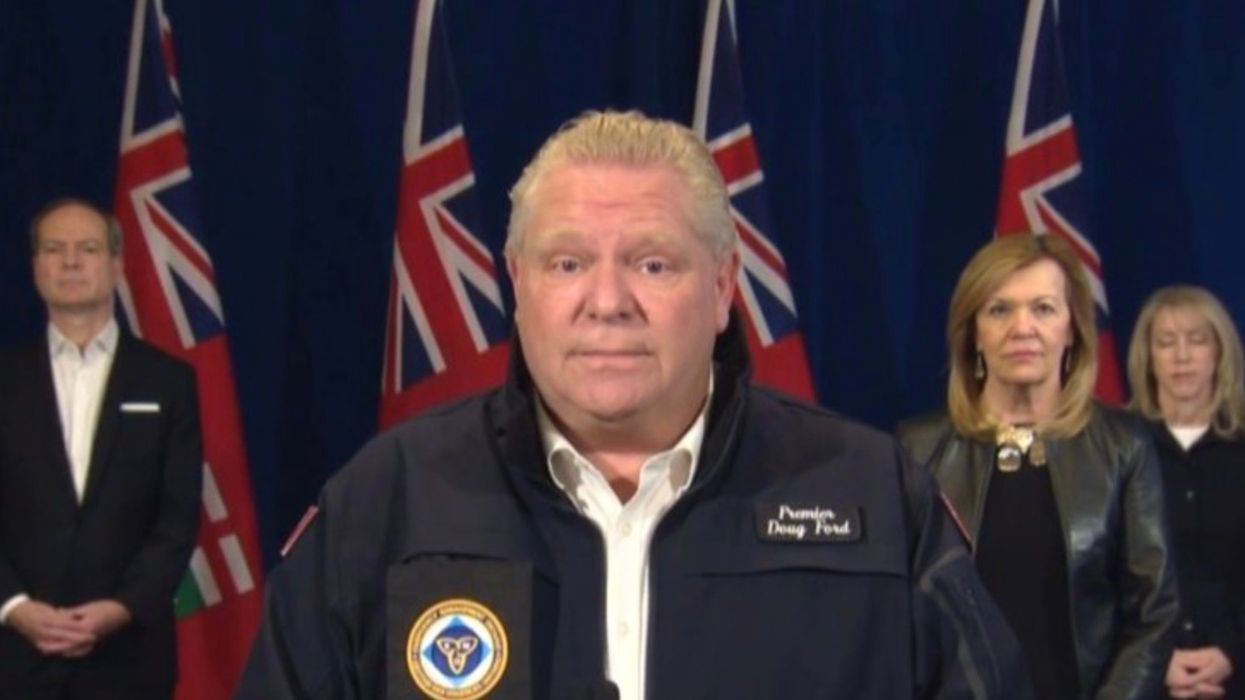 It was almost bound to happen. Some Toronto residents gathered in a Queen's Park protest against social distancing measures. The premier had some choice words to describe their actions.

Roughly 100 people gathered outside of the Ontario Legislative Building to protest the strict health and social distancing measures put in place by the province, according to CP24.

Some of them carried signs with messages about ending the lockdown. They were also chanting that the virus was a hoax.

Ford acknowledged that people might be feeling frustrated right now, but that everyone needs to be responsible.

"There's no one that wants to open up the economy more than I do, and everyone else," he said, "but we're going to do it responsibly."

Ford continued saying that the province would listen to the consultations from the Public Officer of Health, municipalities, and the provincial health team.

Here’s the clip: premier @fordnation fired up after he is asked about people protesting #COVID19 measures outside Q… https://t.co/1NEaLqKVqz
— Tina Yazdani (@Tina Yazdani)1587837276.0

"It just burns me up," the premier continued, before calling the group of protesters a "bunch of yahoos" a second time.

"Imagine if every single Ontarian resident acted the way they’re doing right now. It would set us back months."

Live at Queen's Park in Toronto, protestors chant "The virus is a hoax" and "Fear is the virus" as they demonstrate… https://t.co/tZnglO6Ul0
— Barrett Wilson (@Barrett Wilson)1587832618.0

Ford said that 99.9 percent of Ontarians are working together, which is why the province has been able to flatten the curve.

The premier also noted that the protesters were breaking the law by gathering so close together, and he hoped that they would be ticketed.

The city of Toronto recently put a bylaw into effect where people could be fined up to $5000 for not keeping enough distance between each other.