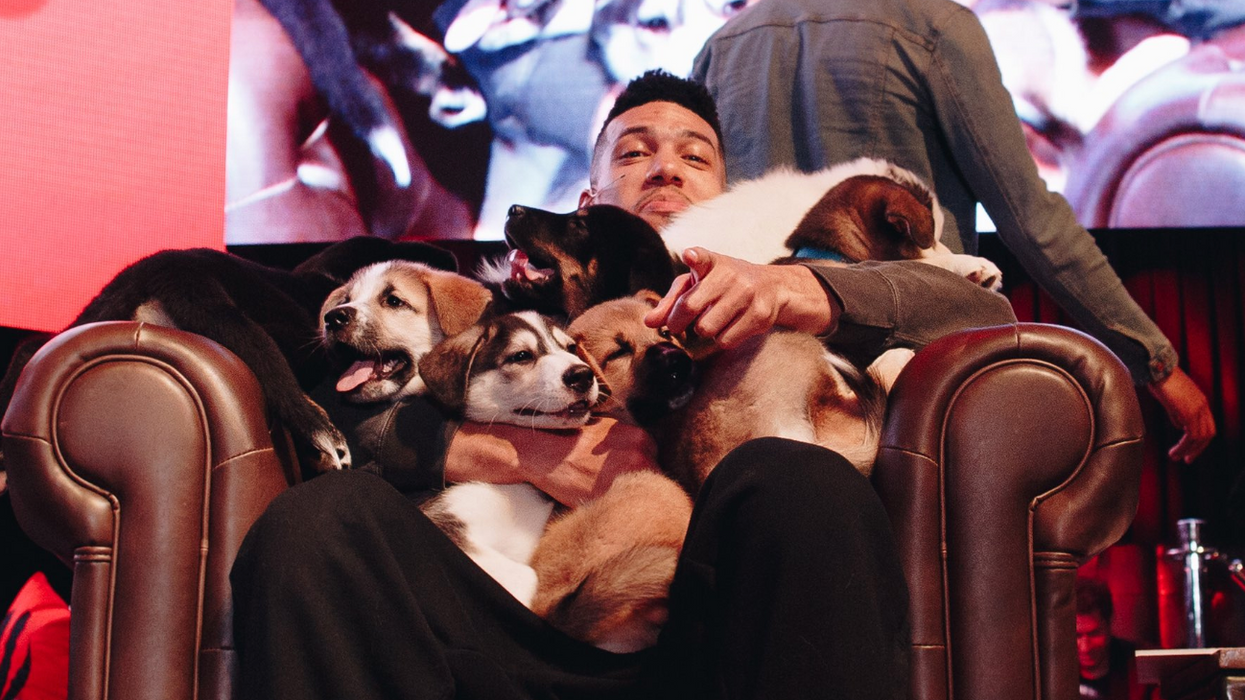 The Toronto Raptors braved the snowstorm to host their annual Raps City Social at REBEL on Wednesday night, a red-carpet style event to celebrate the team's successful season. Attendees were treated to an eventful evening jam-packed with entertainment and photo ops with the players. But, even for those who weren't there, it was fun to watch the event unfold through social media.

READ ALSO: The Raptors Destroyed The Celtics So Bad Last Night That Even The Celtics Coach Is Applauding Them

But, the highlight of the evening was undoubtedly the Pup Quiz. Norman Powell and Danny Green faced off for the prize by answering a lightning round of questions about dogs. Including hard-hitting questions like the most popular dog names in Canada and the highest-grossing movie about dogs.

Danny Green took home the enviable grand prize - a basket full of puppies. "It's your boy Danny Green here, the winner. Beat that guy the newbie out there," Green said in a video after his win. "It's tough for Norm, you know, he's still a new dad to puppies."

Green posted a photo of his new puppies on Instagram Wednesday night. He captioned the photo "Winner winner, puppy dinner! Lol I had a blast!", with the hashtag #TheLifeWeAllWishWeCouldLive. It's no surprise that fans have blown up the comments with heart-eye emojis.

Last night's event wasn't just an opportunity for fans to have some fun with the Raptors -  it also benefitted a great cause. Net proceeds from Raps City Social will benefit the work of MLSE Foundation and projects like MLSE LaunchPad – a place where youth use sport to recognize and reach their potential. The Sport For Development facility uses sport as the catalyst to provide youth with access to Healthy Body, Healthy Mind, Ready For School and Ready For Work programming.