But do the stats support a Raptors/Leafs curse? 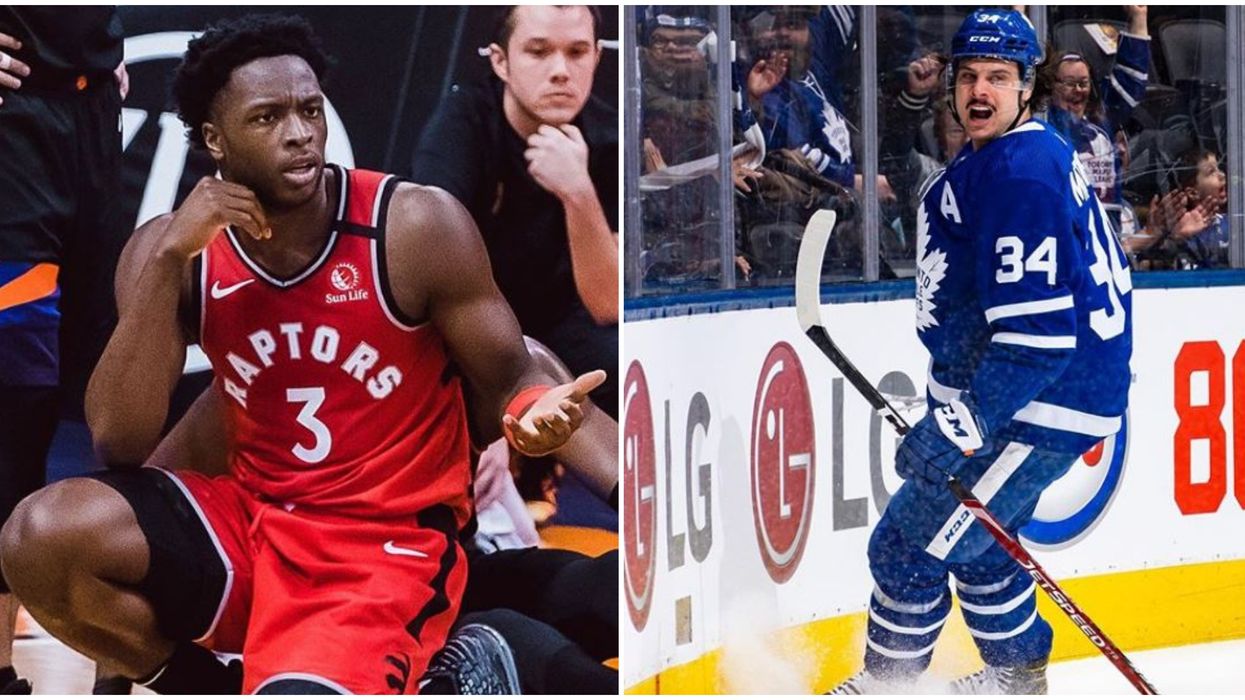 This season has been a pretty drama-filled one in Toronto sports. The Raptors are NBA champions, the Leafs have a new coach, and both teams are looking to secure their postseason spots for another year. But one question has often been on the lips of supporters of both teams: Is it really true that the Raptors and Leafs can't win on the same day?

If you're not sure what we're talking about, here's the gist.

A running theme so far in 2019-2020 (and, arguably, back beyond this season) has been that the 6ix's basketball reps and its puck stars cannot both win a game on the same day.

Tuesday night was the latest example of the supposed phenomenon, as the Raps beat the Phoenix Suns in Arizona while the Leafs went down 5-2 in San Jose vs. the Sharks.

Whatever you pin it on, 6ix supporters have been thinking they've been spotting a nasty trend for a while.

"Seriously though, why can’t the Raptors and Leafs have nice things at the same time?!?!" asked one frustrated fan on Wednesday.

"I knew it, Raptors win. Leafs can't win tonight obviously," read another tweet, which was accompanied by the shrug emoji, posted after Tuesday's latest set of mixed results.

So, it's clear the frustration over an apparent mutual curse is alive and real in the 6ix.

But just how accurate is the suggestion that the two teams never win on the same day?

Well, the Raptors and the Leafs have played on the same day 26 times this season. Out of those attempts at a two-win day, both franchises have tasted victory on seven occasions.

So you're looking at a double-win scenario happening more regularly than one in every four chances, which doesn't sound so bad?

If it feels like a while since it's happened, though, don't forget it has.

February 7 was the most recent occasion, when the Raps beat the Indiana Pacers and the Leafs edged out the Anaheim Ducks in overtime.

Tuesday night's failed attempt was the third time since that date that the both franchises have been in action on the same night. It's only happened twice so far this decade.

And what might come as a surprise is that it's actually happened on back-to-back attempts this season. And not once, but twice, with it occurring in both November and December.

Intriguingly, we don't have to wait long for the next chance. Both teams are in action on the night of Thursday, March 6. Watch this space.