The Raptors are celebrating their championship win in the streets! 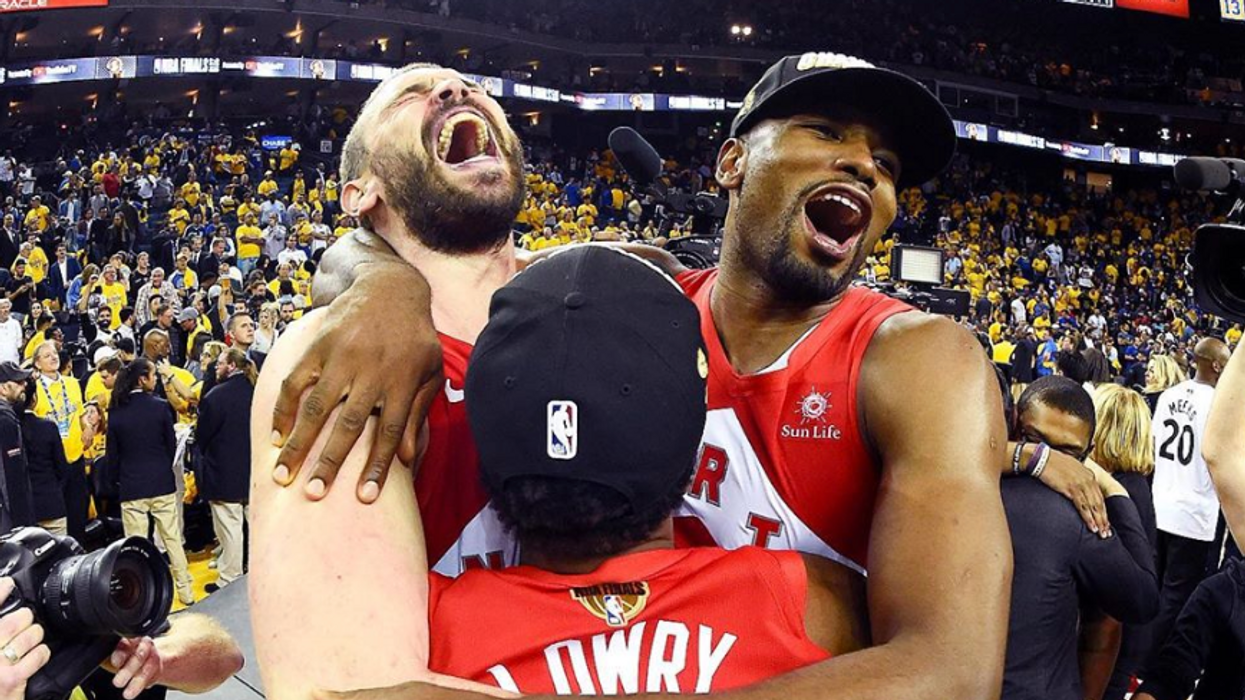 The moment that all of Canada has been waiting for has finally arrived - our nation's one and only NBA team has officially taken home a championship! And the celebrations have only just begun. The Raptors championship parade details just got announced!

The parade is a tradition for NBA championship winners to show off their trophy and celebrate with their fans. The Raptors' championship parade will travel across the city this Monday, June 17th. Fans everywhere will get a chance to congratulate the Raptors in person and share in the magic of this special, historic moment.

According to CP24's Stephanie Smyth, the parade will start at 10:00 AM on Monday at Exhibition Place. It'll travel down Lakeshore Blvd., to York St., York St. to University Ave., north up to Armoury St., then finally to Nathan Philips Square.

It'll be a jampacked weekend of Raptors celebrations in Toronto, and across Canada. The championship parade will likely draw crowds just as large as the one in Yonge-Dundas Square on Thursday night after the team's big win. This moment is one for the history books!

Even the players are excited about the championship parade. Pascal Siakam sent a video to fans from the locker room after last night's win saying, "I can't wait to see you guys man, go back to Toronto, you guys deserve this. Let's get lit when we get back!"