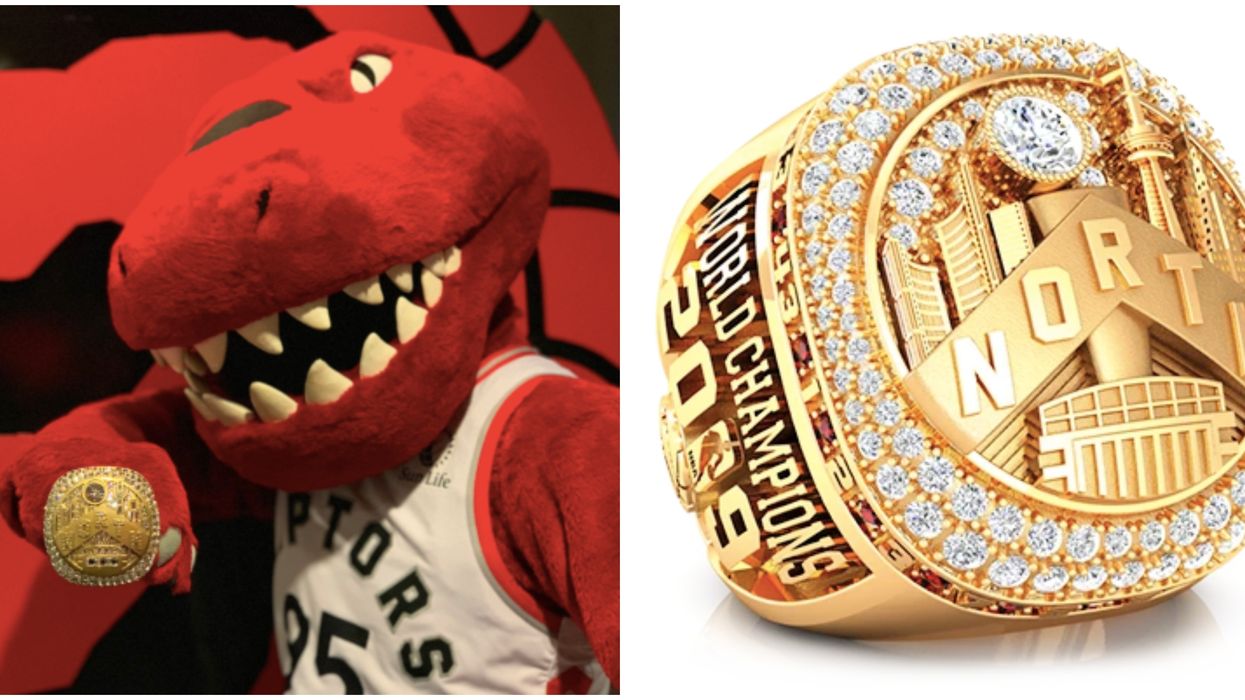 The Raptors kickstarted the season last night with a game against the New Orleans Pelicans. In the pre-game ceremony, every Raptors player got an iced-out Raptors championship ring, which Kyle Lowry helped design. Every fan at the game last night also received a replica of the flashy piece of jewelry, but the original cost about $10,000. The first impression you get from looking at the ring is that it's huge. Made with 10 karat gold and encrusted in diamonds, the design is pretty amazing. The Toronto skyline can be seen on the front of the ring, behind a banner that shows the signature "NORTH" jersey logo of the Raptors. On the side, it says "World Champions 2019". It is also encrusted with 16 genuine rubies to represent the 16 wins in the playoffs and the 16 jersey numbers of the players. Six diamonds are encrusted on the Scotiabank Arena to represent the "6ix". As a matter of fact, the whole ring is encrusted in diamonds, from the skyline to the surface area surrounding it. It is super flashy and attention grabbing. This is the largest championship ring ever made, according to the website. It has over 650 diamonds, all sourced from Canada and created by Baron Rings.

While the premium ring may cost as much as a used car, there are some cheaper options if you still want to support the Raptors without breaking the bank.

You can get a slightly less blinged-out ring for $395. However, it doesn't have nearly as many diamonds as the premium ring.

Multiple celebrities, along with the Raptors players, were able to score the championship rings last night. Drake copped himself one, which he shows off here along with the smaller one he helped design.

. @Drake showing off #Raptors #Championship ring and the one which he designed himself 🙌🔥 https://t.co/KKK9VG1d6e
— HipHopVideoWorld (@HipHopVideoWorld)1571817988.0

Sportsnet reports that Lowry's goal was to have people say "WTF" when they looked at the ring for the first time. That was definitely our first reaction.

Last night was a great kickstart to the season with the Raptors win and the fans getting their replica rings. We're so excited to see what this year has in store for our champs.