Raptors fans in Dublin, Paris, Shanghai and Edinburgh are celebrating! 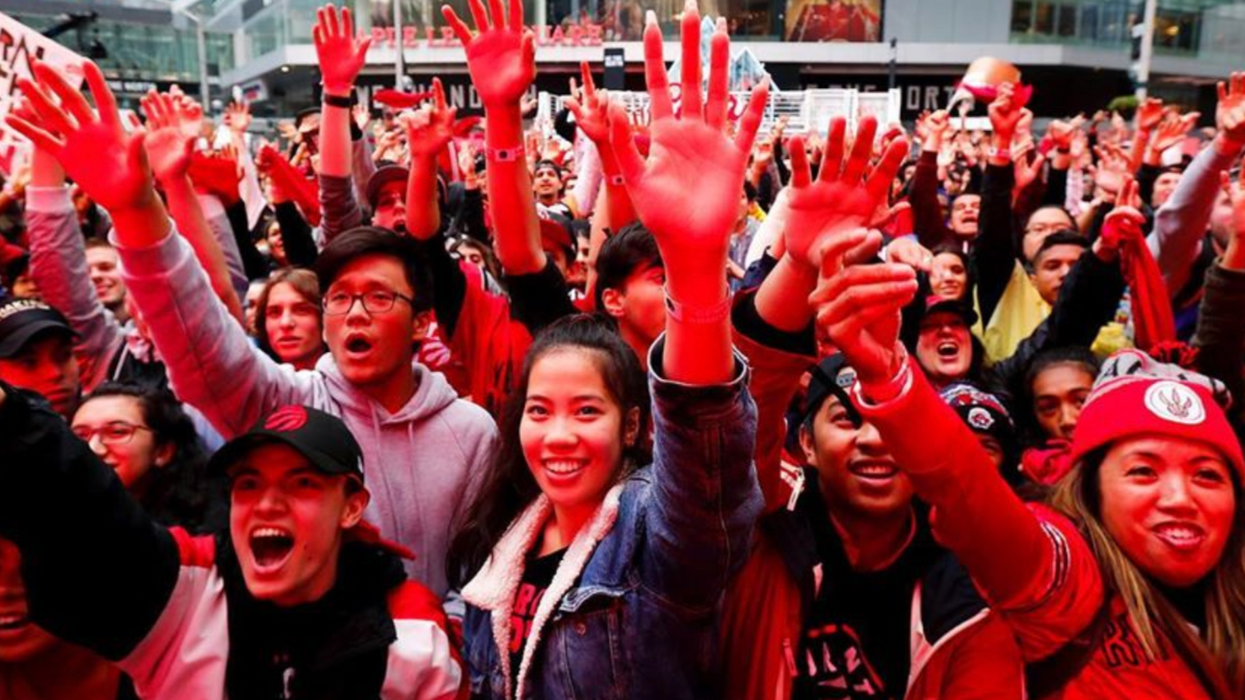 Fans took to the streets all across Canada on Thursday night to celebrate the team’s history-making victory over the Golden State Warriors. From city to city, Raptors fans were in hysterics as the seemingly impossible suddenly became a reality. Canada's basketball team has officially won the NBA Championship!

It's a given that Canadian fans are losing their heads over the Raptors' unbelievable win, but Canucks aren't the only ones out celebrating. Raptors love has taken over the world. Fans out in Europe, Asia and across North America are cheering for Canada's home team right now.

Raptors fans in the United Kingdom gathered in pubs and sat on the edges of their seats as the Raptors duked it out with the Warriors:

France was also in on the action:

Meanwhile, in Shanghai, China, fans sat anxiously in bars on the other side of the world watching the game and celebrating the Raptors:

Fans in Denmark and Germany also joined in on the celebrations:

Being a @Raptors fan for almost 20 years in Germany (with little to no media coverage), today I feel especially happy! Thank you to the team and @Klow7 😃🎉🏆 #WeTheNorth #WeTheChamps pic.twitter.com/Nh7BIKYmIt

Being a @Raptors fan for almost 20 years in Germany (with little to no media coverage), today I feel especially hap… https://t.co/DAFYnwumLf
— The Ultimate Jens (@The Ultimate Jens)1560492930.0

Thursday night was undoubtedly a historic moment for Canada, but more importantly, it was a beautiful night for Raptors fans across the globe.