So many fans came to pay their respects. 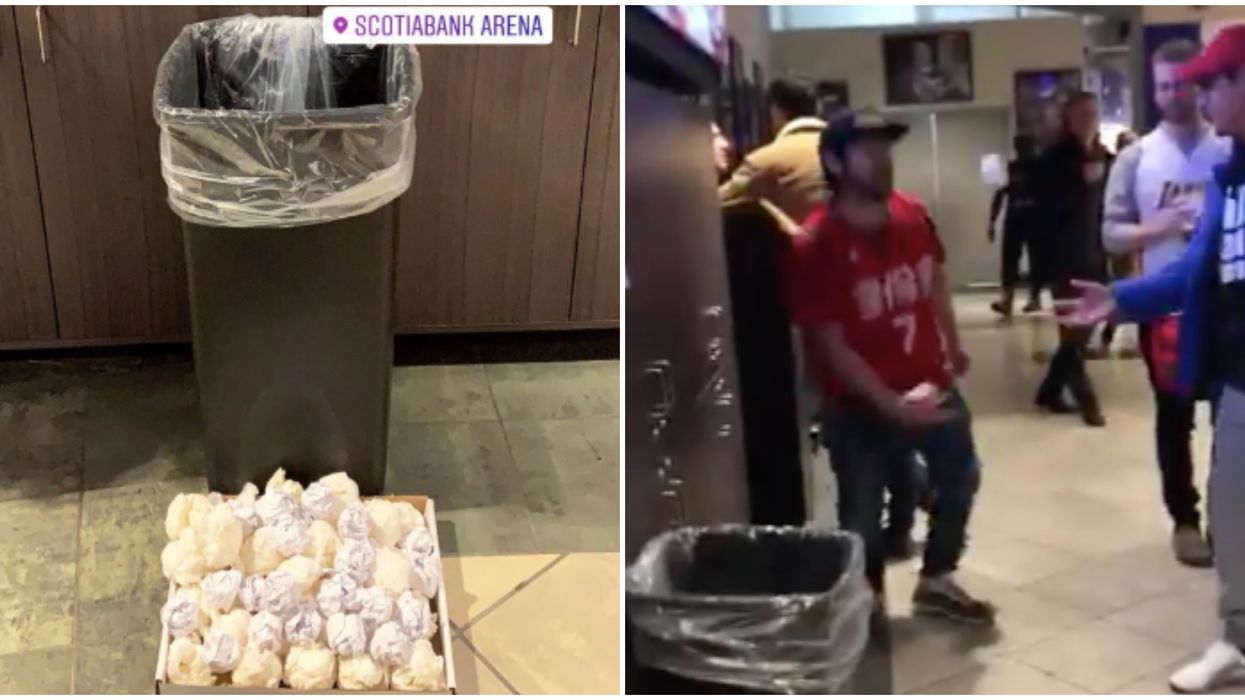 Tuesday night's Raptors game had a makeshift Kobe Bryant tribute that was curated by some creative fans. They made a whole setup complete with a garbage can "hoop" and pre-scrunched paper balls for passersby to take shots while saying "Kobe!" in Bryant's memory. The Raptors Kobe Bryant tribute had people coming together to honour the late legend.Narcity reached out to Mary Fariñas, who posted the video. She said that her friend Kevin La came up with the whole idea. "He's the biggest Kobe fan I know," she said. The installation garnered plenty of interest, and brought strangers together to commemorate the iconic "Kobe!" move that we have all done at least a few times in life. People were loving it, and the whole project successfully brought a little bit of collective joy after the tragic passing of such a beloved athlete."It was such a hit we ended up drawing a huge crowd at half time and encouraging all the shy fans to say Kobe, any time they got it in we all cheered," she told Narcity.

When asked about the best part of doing the whole thing, she responded in the best way.

If you happen to be at the Raptors game tonight, stop by section 303/304 and shoot. #SayKobe

"My friend said that he was happiest when people took part because at the beginning, people just took pictures of it and weren't interacting with it," Mary told Narcity. "Until we started encouraging them and cheering them on."

"Kevin would actually keep encouraging anyone who missed to try again and give them inspirational Kobe quotes, which definitely helped."

"So many little kids ran up and stopped to take pictures with it and shoot once they got the proper encouragement for our little cheering section," she said.

This is just one of the ways that people have been coming together as a community to pay their respects. There have been several different efforts, such as the B.C. teen’s viral petition to get Kobe to be the new NBA logo.

Toronto landmarks have also been transformed to remember the basketball legend and father. Toronto’s skyline was set to purple and yellow as a tribute.