Raptors Launch "She The North" To Help Empower Women In Sports

Shooting 3s on and off the court! 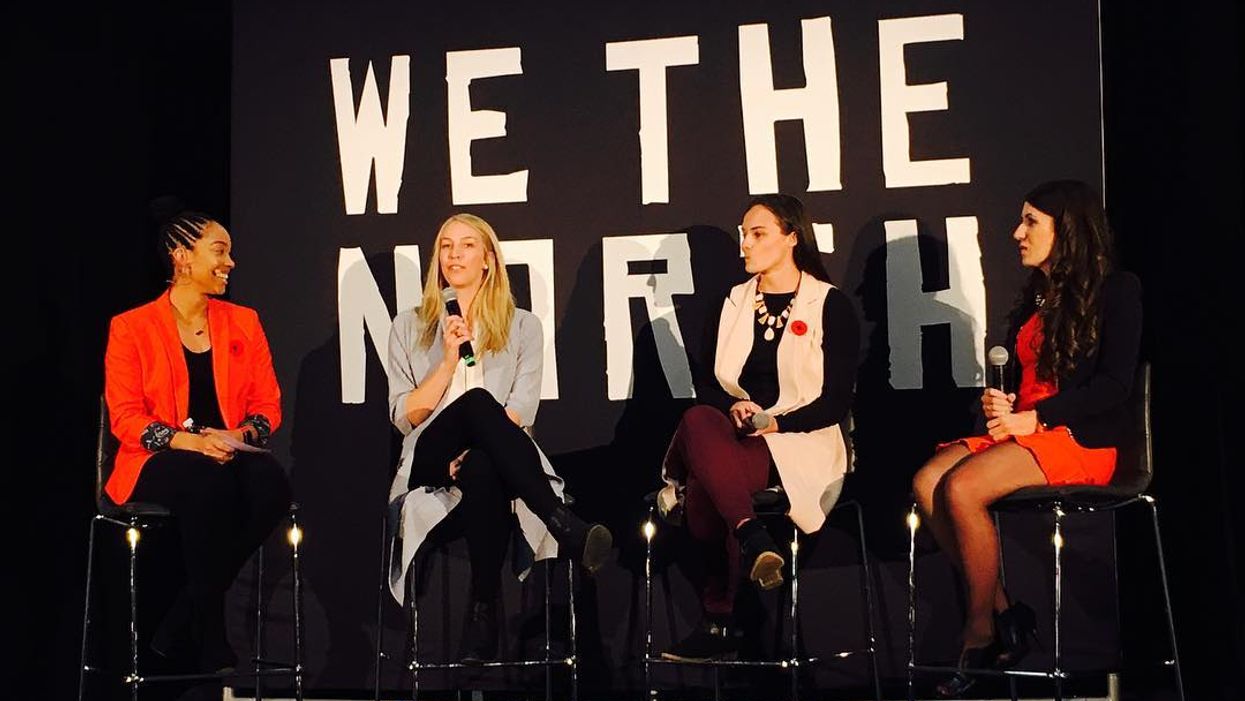 Being the only NBA team in Canada, the Toronto Raptors have a lot of the spotlight being shone on them. First we had the "We The North" movement that took North America by storm. They then shifted to a new slogan this year, "North Over Everything". It's safe to say the Raptors are showing up on the court, and now with a new movement, in the office as well.

As a part of their women's leadership forum, Maple Leafs Sports and Entertainment are making waves with their new speak series, "She The North", which looks to empower women in sports. The event brings together hundreds of women in sports- player agents, coaches, physicians, and journalists- who share their stories and how they have made an impact in the industry through their roles! Pretty cool, right?

"She The North" looks to inspire young girls in the community, create a strong sense of inclusiveness.

In an interview with Metro News Toronto, Teresa Resch, vice-president of basketball operations and player development, points out the obvious stating that, the sports and entertainment world is very male-dominated, however, it is important to showcase and bring light to the women who hold various roles within the Raptors team.

Resch continues on to say that it is important for the women to be heard and seen and know that they have a seat at the table that is important- that's what empowering women is. Currently, the Raptors front office has 11 women, which is pretty rare in the industry. They're capable of doing jobs that they didn't get the opportunity to do in the past.

The goal for the Raptors as a whole is simple- win a championship. Resch says, "Ultimately what we're trying to do is to build advocates who advance women so they're part of this process."

It is important to note that the NBA in general is slowly making strides, for example one of the assistant coaches for the San Antonio Spurs is Becky Hammon, and the Atlanta Hawks have Michelle Leftwich as the team's vice-president of salary cap administration!

The next "She The North" event will take place in January, and then bi-monthly after that.

My squad rolls deep. #TBT to last Monday night, with these amazing women! Thank you Teresa & Nitsa for all your work putting this night together. These women are not only intelligent, strong & fearless, but they are some of the most supportive women to have in my corner. Thank you to Masai, who doesn’t take a chance on women because we are women, but because we are the best for the job! . . . #SheTheNorth #TorontoRaptors #Raptors905 #Raptors #MLSE #WomenInSports #Leadership #fearlessgirl #fearless #media #analytics #playerdevelopment #sportscience #tbt