The petition has already gained over 3,000 signatures. 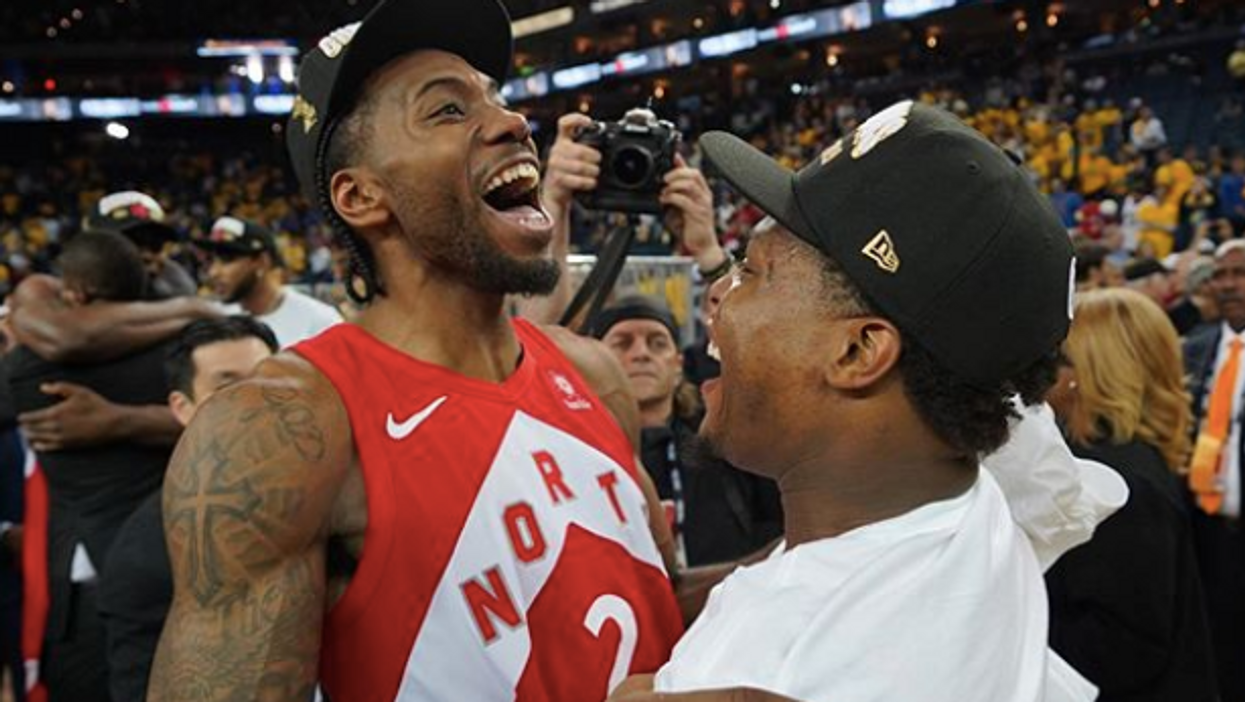 It's no surprise that all of Toronto wants Kawhi Leonard to stay with the Raptors. After helping to bring the Raptors to victory for the first time in history, it seems that the city will do almost anything to ensure that he stays and plays for next season. In another attempts to get Kawhi to stay in the city, John Tory and superfan Nav Bhatia have created a Raptors petition in one last effort to keep the star player in the North.

Early on Saturday, Tory took to Twitter to announce the creation of the petition that is open for all Raptors fans to sign. Tory states that this a 'polite petition' that will showcase just how much Toronto wants Kawhi to stay. Calling the site, 'Kawhi, U Should Stay," over 3,000 signatures have already been gathered in just under three hours.

The site has set the goal at 100,000 signatures, but if fans continue to show their Raptors spirit like they have been for throughout the season, it probably won't be long before the numbers continue to grow.

During the announcement of the petition, superfan Nav Bhatia states one of the main reasons that this petition is being created is so that Kawhi can be left alone by the crowds of fans that have been swarming him the past week after the Raptors victory.

The petition allows for fans to sign and leave their comments on why Kawhi should stay while allowing him to enjoy and experience the city of Toronto without constantly being hassled.

To sign the petition and leave your comments on why Kawhi should stay with the Raptors, you can sign it here.

This petition isn't the only attempt that Mayor John Tory has attempted to get Kawhi to stay with the Raptors. In an interview with TSN a few weeks ago, Tory admitted that he would do anything to have the superstar stay on his home team.

Tory admitted that he would even give his job as mayor to Kawhi if it meant that he would stay in the city. Tory stated, "I will do whatever is required to add to the campaign to make sure he stays in Toronto,".

Despite all the buzz around whether the MVP is staying in the city, Kawhi is keeping fans hanging and hasn't made an announcement on his plans for next season.