Kawhi Leonard can't do this on his own. 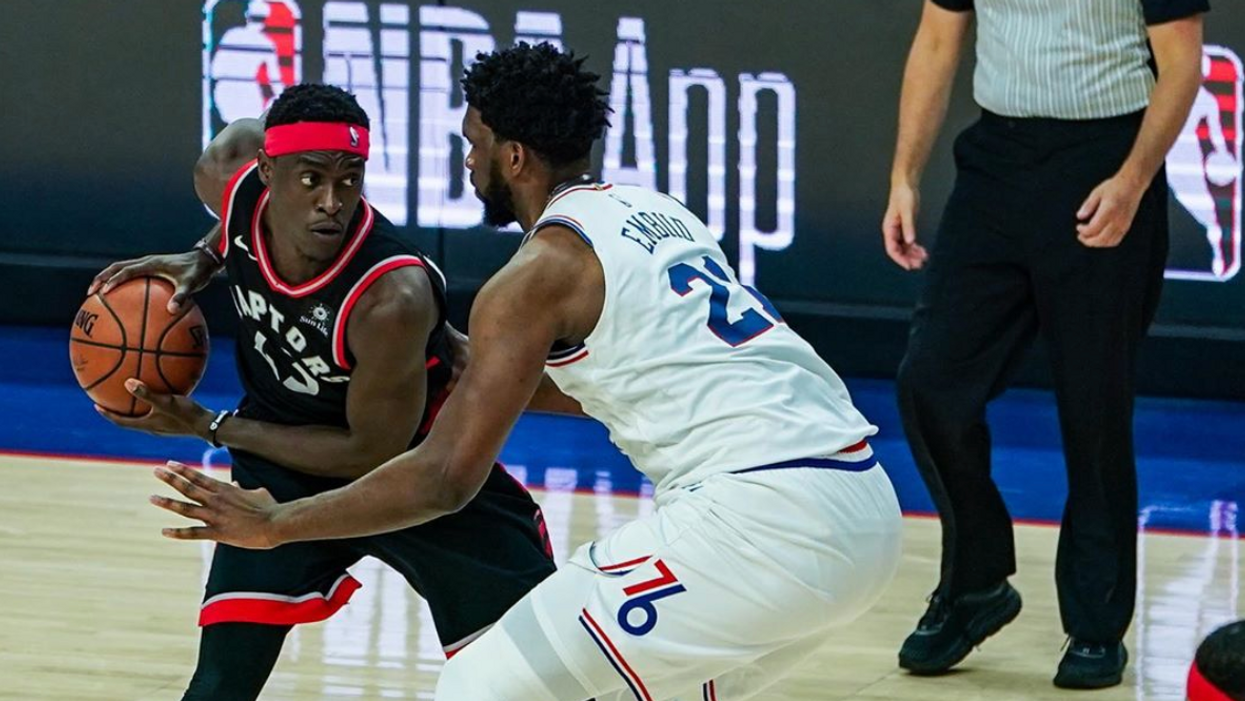 After an awful shooting performance and a 94-89 loss in game 2, the Raptors looked to turn it around in Philadelphia on Thursday night in game 3. Siakam had a contribution of 20 points, but it was Kawhi Leonard who led the charge for the Raptors, finishing the game with 33 points, 4 rebounds and 3 assists. Even with a performance like that, it wasn't enough to get the Raptors a win. The Raptors Philly game 3 match ended in disappointment for Toronto fans with a 116-95 loss.

Even though the Raptors had a decent first quarter and were only down 3 by the end of it, their poor bench play, three-point shooting struggles and turnovers ended up costing them a win. Leonard did everything he could to keep his team in the game and even with some help from Siakam, he can't do it on his own. Lowry wasn't himself last night, only shooting 2 for 10 and finishing the game with 7 points and 5 assists. With Lowry struggling, you would hope that the bench players - who played really well all season long -  would be able to give the team a little something to keep the Raptors in the game. Unfortunately, that wasn't the case - Van Vleet, Ibaka and Powell combined for a total of 11 points, 8 rebounds and 3 assists.

Down by 18 points in the third quarter, Leonard shifted gears and went all out, putting up 14 points in the quarter and cutting the 76ers' lead down to 8 points with one quarter to go. That's as close as it really got, as Philly refused to give the lead up all game long. Again, the bench came on and couldn't get anything done, allowing Philly to continuously add to their lead and at that point, there was no coming back for the Raptors.

Van Vleet really struggled all game, shooting 0 for 7 and finishing with 1 point in the 21 minutes he played. Ibaka finished with 4 points, shooting 2 for 6, and Powell finished with 6 points, shooting 2 for 5. If the Raptors are going to have any chance of moving on to the conference finals, this will have to change. The bench needs to contribute the same way they did during the season. The amount of turnovers, shots blocked, bad shots and lack of communication is really hurting them right now.

In all honesty, the Raptors also looked flat-footed last night on both ends of the court allowing the 76ers to get easy rebounds, second-chance points and not creating great looks in the offensive end caused by lack of movement. This is partially why they shot 42% all game and a sad 7 for 27 from the three-point line. It seemed to me that every time Leonard got the ball, everyone else stopped moving and just watched him play on his own.

In the end, whether the Raptors had a poor performance or the 76ers played extremely well, I haven't seen the Raptors get dominated like that in quite some time. For the first time in this series, I truly wonder - can the 76ers continue to exploit the Raptors and take them out in round 2?

The Raptors now have a couple days off to collect themselves, let go of their losses and work on their issues before Sunday's game. Game 4 is going to be a big one - in my opinion, it's do or die and the Raptors don't want to be down 3-1 to a powerful talented 76ers squad. If they can play as they did in game 1, find the same success on defence and offence and can have more than 2 guys making shots and putting up points, they can definitely leave Philly with at least one win.

Disclaimer: The opinions expressed in this article are the author’s own and do not reflect the views of Narcity Media.