Toronto Bars, Restaurants & Local Businesses Made Millions Of Dollars This Month Thanks To The Raptors

Spending in Toronto was up 865% from the same time last year! 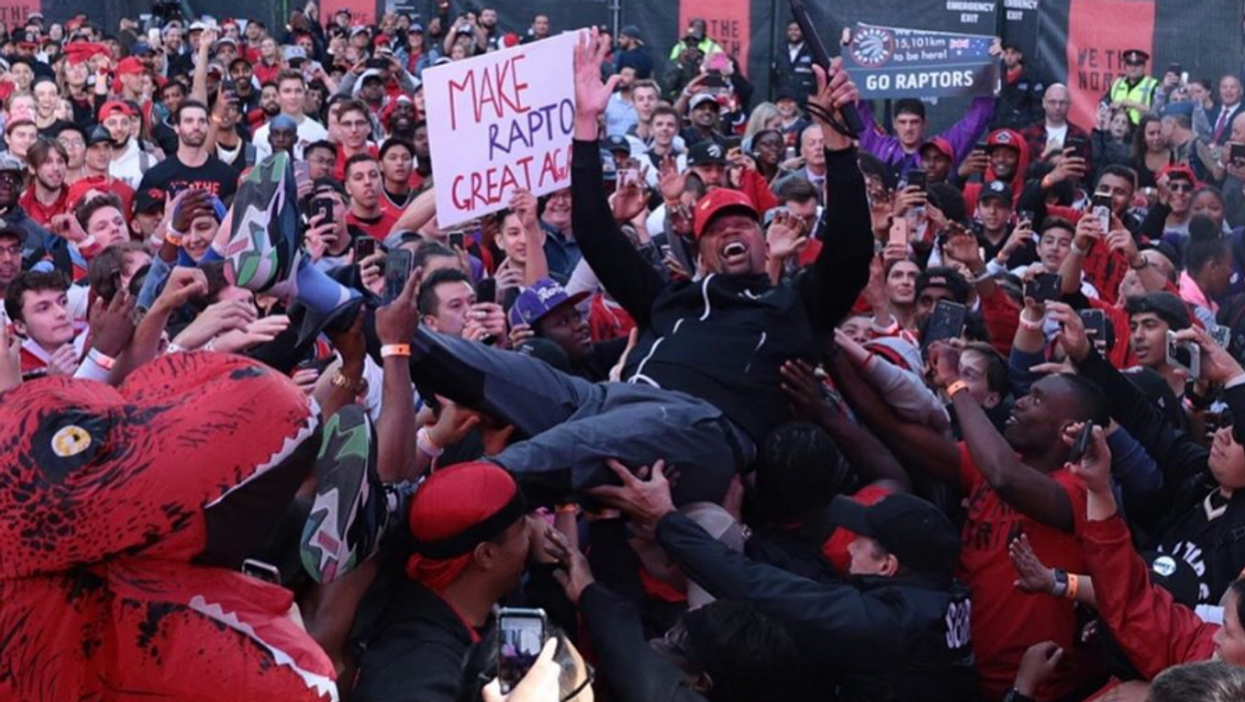 It has been a nerve-racking couple of weeks for Canada as the beloved Toronto Raptors have been playing against the Golden State Warriors in a bid to become the NBA champions of 2019. As dreams came true last night, when the Raptors beat the Warriors, it wasn’t only the fans who were celebrating one of the biggest nights in Canadian basketball history. The Raptors' playoff run in Toronto has led to massive profits for local bars, restaurants and businesses.

As the team has continued to succeed, interest in the game has sky-rocketed, with some even suggesting that over the last few weeks, basketball has become more popular than hockey in Canada. As fans flocked to Toronto from across Canada and even further beyond, local businesses in the city profited – big time.

According to CBC News, Toronto bars, restaurants and vendors have made millions of dollars. In the research originally reported by CBC News, the payment processing firm Moneris compared data from the 2018 NBA Finals, and the 2019 NBA Finals, and found that Canadians were far more likely to watch the final games in a sports bar when a Canadian team was playing.

When CBC News spoke to Jeff Wrenshall, who is the general manager at a Jack Astor's sports bar in downtown Toronto, he said he was not surprised at all by this phenomenal increase in spending. He said, "It's good for our business — a lot of people that may not have come down and checked us out before have definitely come in."

Tickets to the Raptors games have also been selling for record-breaking prices. There were even tickets were going for over $100,000, which means major money for Scotiabank Arena.

Toronto's former city planner, Jennifer Keesmaat, said this type of sporting achievement is priceless for the city's status and economy over the long run. Speaking to CBC News, she said it was not possible to put a price on the value this playoff run has added to Toronto's prestige elsewhere.