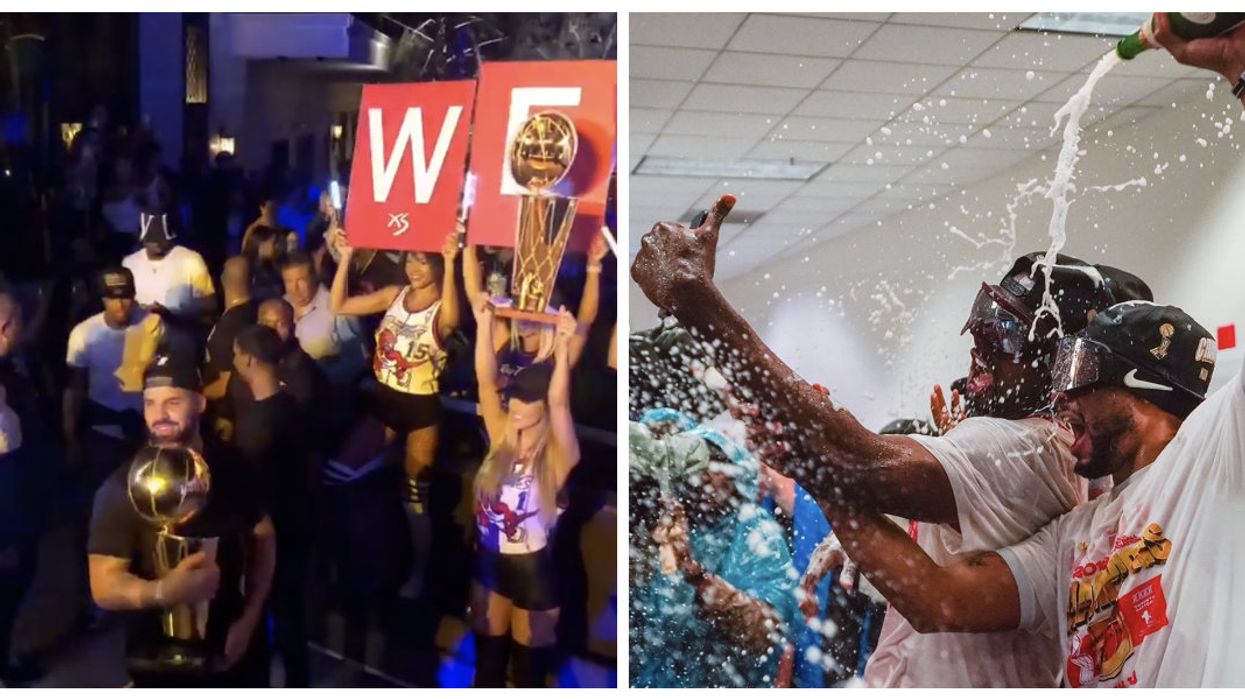 Many of the Raptors' star players are doting fathers, but that doesn’t mean that they don’t know how to let loose every once a while, especially when the occasion is celebrating their first-ever NBA Championship win. The Raptors' Vegas trip is coming to an end today and the team is set to fly home to Toronto with their trophy. The Raptors and Drake partied the night away in Sin City on Friday to celebrate their victory over the Warriors and, by the looks of it, things got pretty wild.

As it turns out, the Raptors play as hard as they work. According to the Las Vegas Review-Journal, the team celebrated all night long at the Wynn Las Vegas, kicking off the weekend like the champions they are. A video shared on Drake's official fan account offered a perfect portrait of the night; Drake making his way through a sea of party-goers while cradling the Larry O’Brien trophy and a bottle of Dom Pérignon. The rapper paid tribute to the team on stage. "Tonight has nothing to do with me,” he said, before introducing the Raptors.

Security was tight at Friday's Vegas bash. Guards surrounded the celebration to make sure that no one who wasn’t supposed to be there got in on the action. According to TMZ, there was another celebration that took place at the Encore Beach Club during the day.

Despite the security detail, tons of footage of the night has surfaced:

Later in the night, the group headed to the XS nightclub, where the Raptors partook in some much-deserved partying.  From the looks of this Reddit post, the team even hit the casino for some table games. When in Vegas!

According to CP24, the Raptors are expected to make their way back to Toronto on Saturday ahead of the city's planned victory parade. The parade kicks off at Toronto's Exhibition Place grounds at 10:00 AM ET on Monday.

Drake flew into Vegas on his luxury Air Drake jet, so something tells us that he'll be giving the Raptors a lift home to Toronto on Saturday.