Thousands of fans have gathered to Nathan Phillips Square. 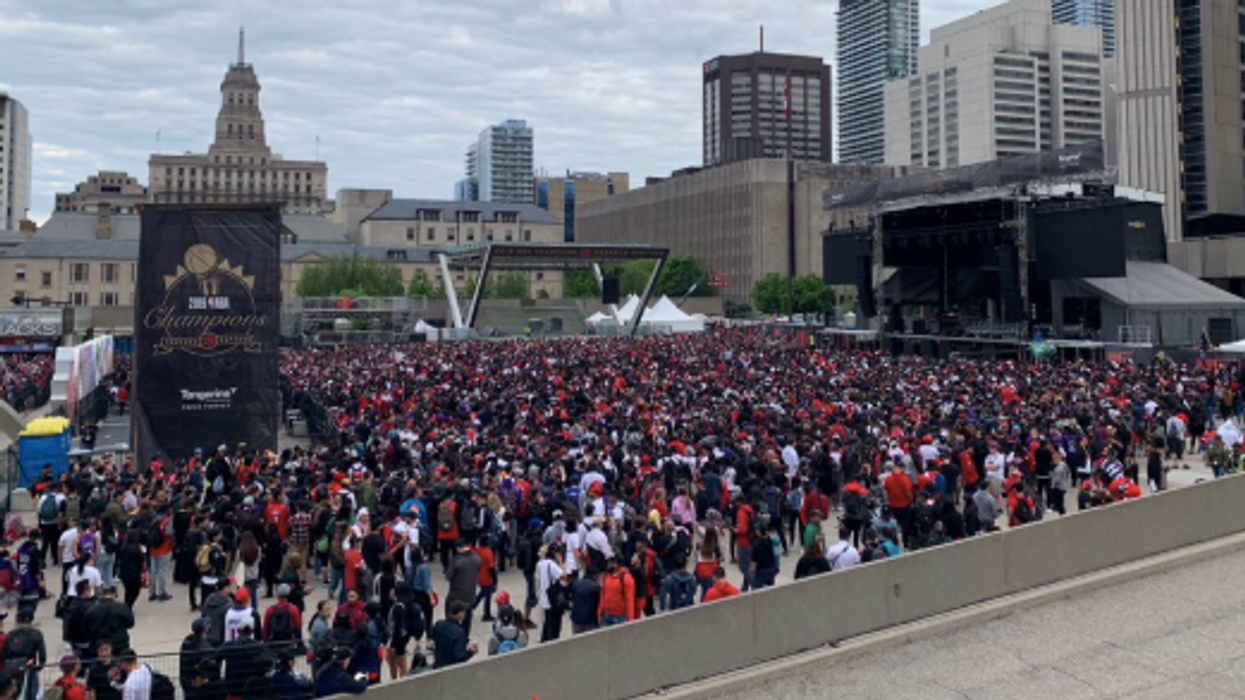 Fans are still celebrating after the Raptors claimed the championship title for the first time in history on Thursday night. In fact, during these celebrations, Mayor John Tory has even dubbed June 17th as Toronto's official We The North Day, the day of the massive Raptors victory parade in the city. With fans waiting decades for this day to come, many started to camp out in Nathan Phillips Square over the weekend to catch a glimpse of the athletes who brought home the championship.

After a tight series between the Raptors and the Golden State Warriors, Canada's home team was able to take the trophy out of the hands of the previous champions. Since then, the team has been celebrating their victory. They were even spotted partying in Las Vegas with Drake this weekend.

Now, it's the city's turn to celebrate. The parade is set to start at 10:00 AM this morning at Exhibition Place before it will end up at Nathan Phillips Square for a rally at 12:30 PM. The Raptors will be riding on a double-decker bus throughout the parade route. Of course, the trophy will be making an appearance as well.

Fans have definitely been showing their Raptors spirit this weekend. CP24 states that fans have been lining up in Nathan Phillips Square to get a spot for this parade as earlier as Saturday night.

By Sunday night, hundreds of fans were taking to the square to camp out the night before the parade. Fans have been posting their photos throughout the weekend as the crowd continues to grow.

Yesterday morning, fans were already spotted making themselves comfortable in the square to wait for the big day. By Sunday the night, the square could be seen filling up with campers.

Of course, as this morning started to roll around, the square filled up with thousands of fans who rose before the sun for a chance to witness history. Many people claim that the square was filled by 4 AM this morning, hours before the parade's 10:00 AM start time.

Of course, this isn't the first time that fans have camped out for the Raptors recently. Last week, super-fans were camping out two days before Game 5 to make sure they had a spot in Jurassic Park to watch the game.