He said that it will be a "motivating and inspiring" experience! 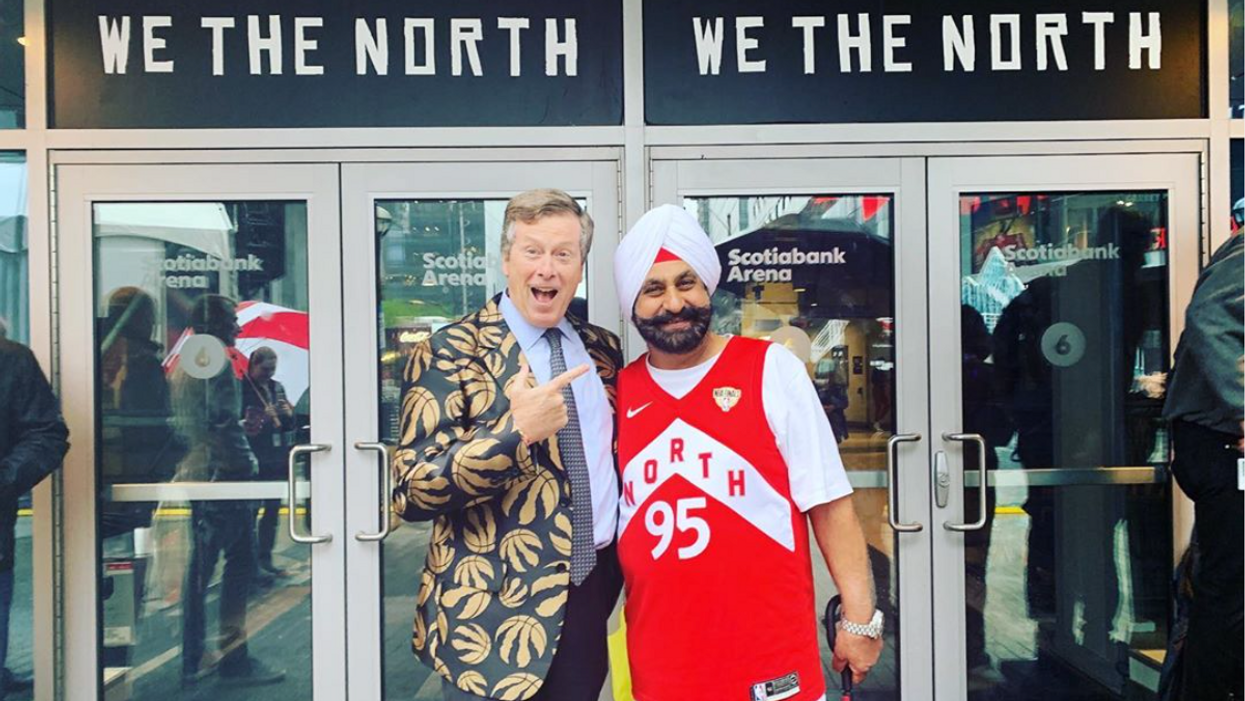 The Toronto Raptors have made Canadians across the country cheer, cry, scream and shout over the past few weeks, as the road to their historic NBA Finals win was anything but certain. However, Raptors fans can finally breathe a sigh of relief after a 114-110 win last night closed Game 6, and saw the Toronto team crowned NBA champions for the first time in history. In light of the Raptors victory parade, Mayor John Tory is telling Toronto employers to give staff time off for the special day.

Fans across the country will now prepare for a manic weekend of celebrations, which will culminate on Monday morning as the Raptors championship victory parade will take to Nathan Phillips Square for one final party.

Although there is a fairly strong chance of rainfall on Monday, this isn’t dampening any spirits leading up to the parade. Large crowds are expected to be present for the victory lap, and the fan rally is also likely to draw significant crowds before and after the parade. In an effort to keep crowds under control, an alternative viewing party will be held a couple of kilometres away at a lakefront park.

Raptors fans have been waiting on this for a long time 🙏 Toronto will celebrate its first NBA championship in Monda… https://t.co/VeCFKrOT8I
— TSN (@TSN)1560530845.0

While this is an extremely exciting event for Raptors fans and Torontonians, the daytime hours of the parade on a Monday means that some fans will be unable to attend due to work commitments. For citizens of Toronto that are scheduled to work, Mayor John Tory has got your back!

At a news conference, the Mayor of Toronto urged employers in the city to give their staff some time off work on Monday to attend the victory celebrations.

According to CTV News, he said, “I have a message that I would convey to people. First of all I have said all day today, including to some of our own officials, that I hope all in the city will be sufficiently encouraging of their employees to perhaps take a bit of time off to be able to come to the parade.”

Toronto Mayor John Tory is urging all employers in the city to allow employees to take some time off in order to co… https://t.co/UKg2lU1zfP
— CTV News (@CTV News)1560547327.0

He added that “these kinds of things don’t happen that often and I think it’s a motivating, inspiring experience.” He also said that he believed employees would work harder after the parade, “if they’ve had the chance to take part in something that I think a lot of the people in the city care about.”

The victory parade will take place in downtown Toronto over a period of two and a half hours, with the tour finishing in front of Toronto City Hall. The Raptors team will be visible to crowds on the open-air double decker buses, and will hoist the Larry O’Brien Championship Trophy for visitors to see.

Speaking again later, Mayor John Tory said, “On Monday, we get to come together as a city to celebrate the team. Everyone is working together to make sure the parade will be a great and memorable event."