Drake and the Raptors are the sweetest love story since Jack and Rose. 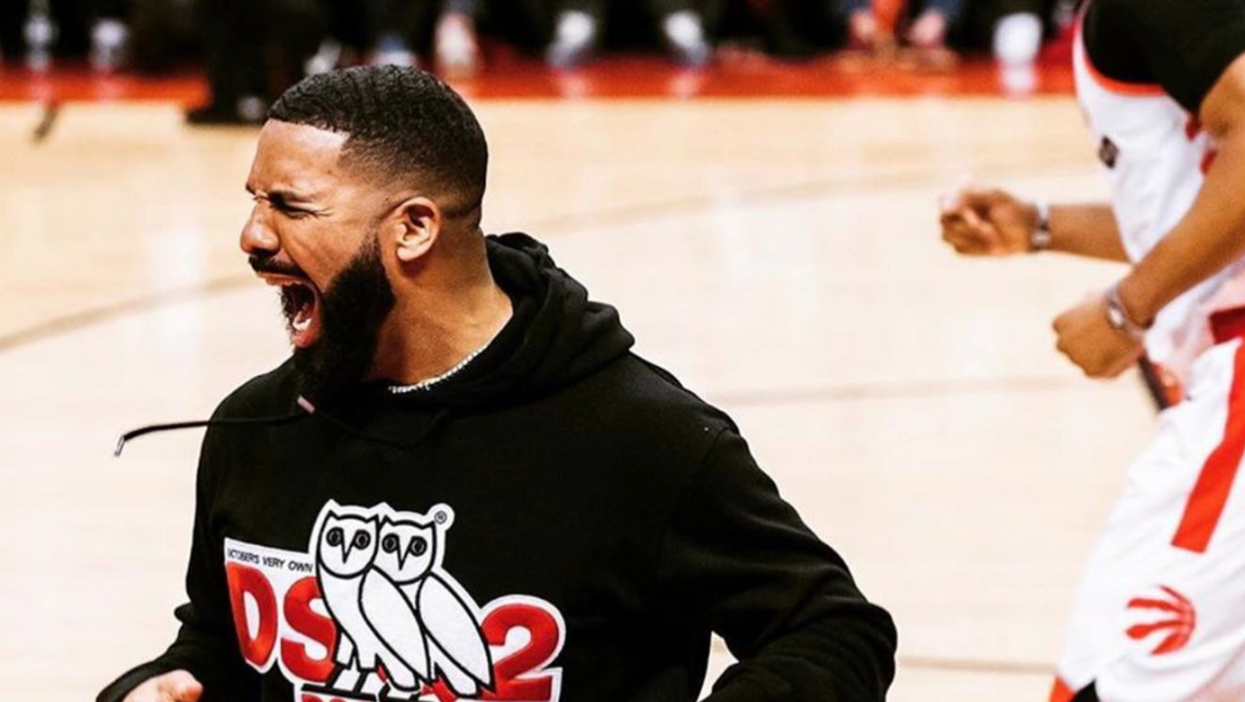 There's really no question about it; when it comes to the Raptors, Drake is utterly impassioned. Judging by the rapper's behaviour during the Raptors' post-season run, Drake isn't afraid to demonstrate his love for his favourite team. Even if that means pushing some boundaries.

Although Drake wasn't physically present in Milwaukee for Game 5 of the Eastern Conference Finals between the Raptors and Bucks last night, his vivacious Raptors spirit nearly stole the show when he got his moment in the spotlight after Toronto's 105-99 victory.

"Look around you. We created this," he told reporters in the midst of a sea of thousands of shrieking Raptors fans who rejoiced post-game in Jurassic Park, right outside the Scotiabank Arena in downtown Toronto.

"This didn’t exist before we were here. Look around at the square. I promise you right now, we did this... All we are is proud and passionate... I love Toronto, I love this team and we’re going to the NBA Finals."

Drake encouraged fans to meet him in Jurassic Park on Thursday night in a series of Instagram stories:

Whether you love or hate his Raptorsmania antics, one thing is for certain: Drake clearly knows how to hype up a crowd. But before we let ourselves get too excited with the prospect of an NBA playoff championship, Drake mustn't forget that the Raptors need one more win before they can advance into the finals.

As depicted in Drake's Instagram stories, the Canadian 32-year-old was eager to cheer on the Raptors and celebrate their win alongside fans. But Drake also received some heat for being arguably disrespectful to Bucks' co-owner Wes Edens after making a jab at his daughter, Mallory.

In one of his Instagram stories, Drake calls Mallory out for wearing a t-shirt featuring his rap nemesis, Pusha T. The outfit choice was in direct response to Drake's "shenanigans."