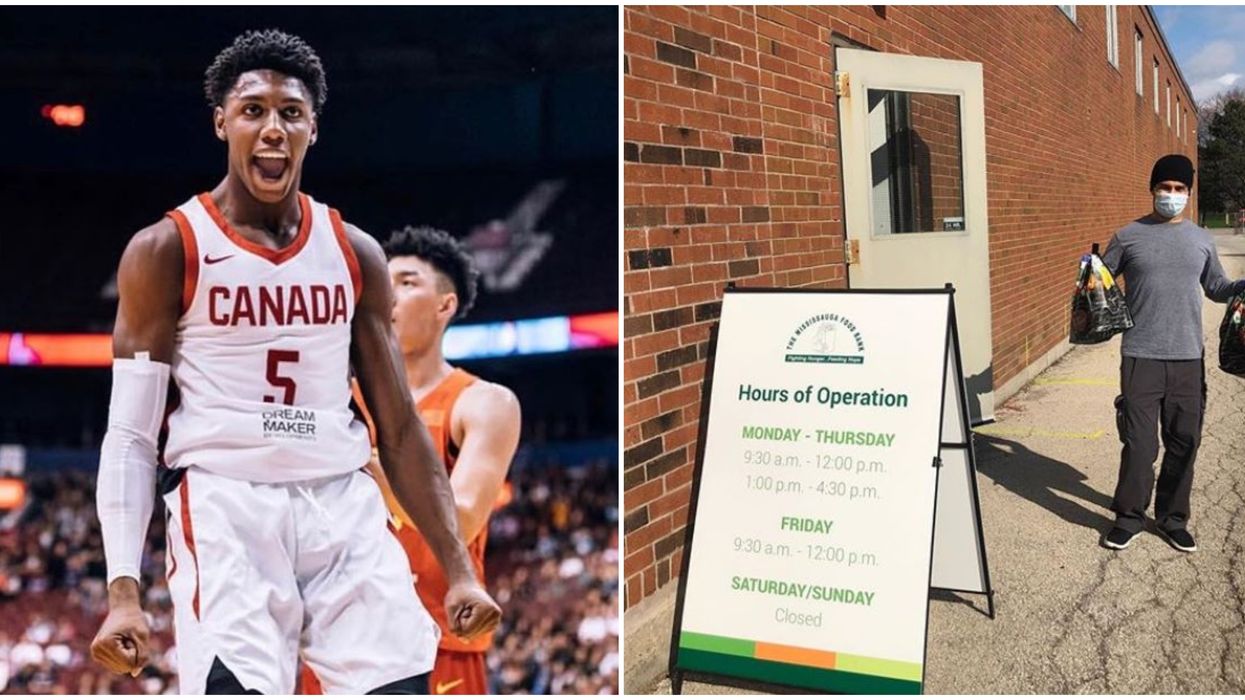 You can take the man out of Mississauga... Amid the crisis, there are always people trying to help as much as they can. New York Knicks NBA star RJ Barrett has given back to his former home by donating $100,000 to the Mississauga Food Bank and even offering sneakers to workers at Credit Valley Hospital.

According to The New York Post, the 19-year-old, who is currently living in Florida amid the pandemic, made sure to give back to the city where he was raised.

The Knicks confirmed on Monday that Barrett, the third overall pick in the 2019 NBA Draft back in June, has reached out to help the 905.

Barrett donated $100,000 to the Mississauga Food Bank and was told each dollar will provide two meals for those who need them the most.

"I just spoke to them and they said the donation was going to be able to provide 200,000 meals and that put a smile on my face,” said Barrett.

But that's not all that the Mississauga-raised baller did to help.

He teamed up with Puma to donate much-needed sneakers and slippers to health workers in New York and at Mississauga's Credit Valley Hospital (CVH) during this time.

According to the Post, he did this after reading that contaminated shoes can also help to spread the virus.

Narcity reached out to Mississauga Food Bank and Trillium Health Partners (THP) for more information on the donations.

CVH has been one of the GTA health centres hit notably hard by COVID-19.

First, on March 31, four patients on one unit on the site tested positive.

And, on Friday, April 17, it was confirmed that between CVH and Mississauga Hospital, 76 THP staff have contracted the virus through a variety of causes.

Although Barrett has never played professional basketball for an Ontario team, it would seem he feels the pull of home as much as some of his fellow Canadian stars.

As a surprise to Ibaka himself, Deebo promised to match Ibaka's donation of $20,000.

And current Raptors are doing their part, too. Notably, Norman Powell is learning sign language in order to speak with hearing-impaired fans.

It seems home leaves quite an impact on Canadian stars.