They are prepping and delivering 10,000 meals a day! 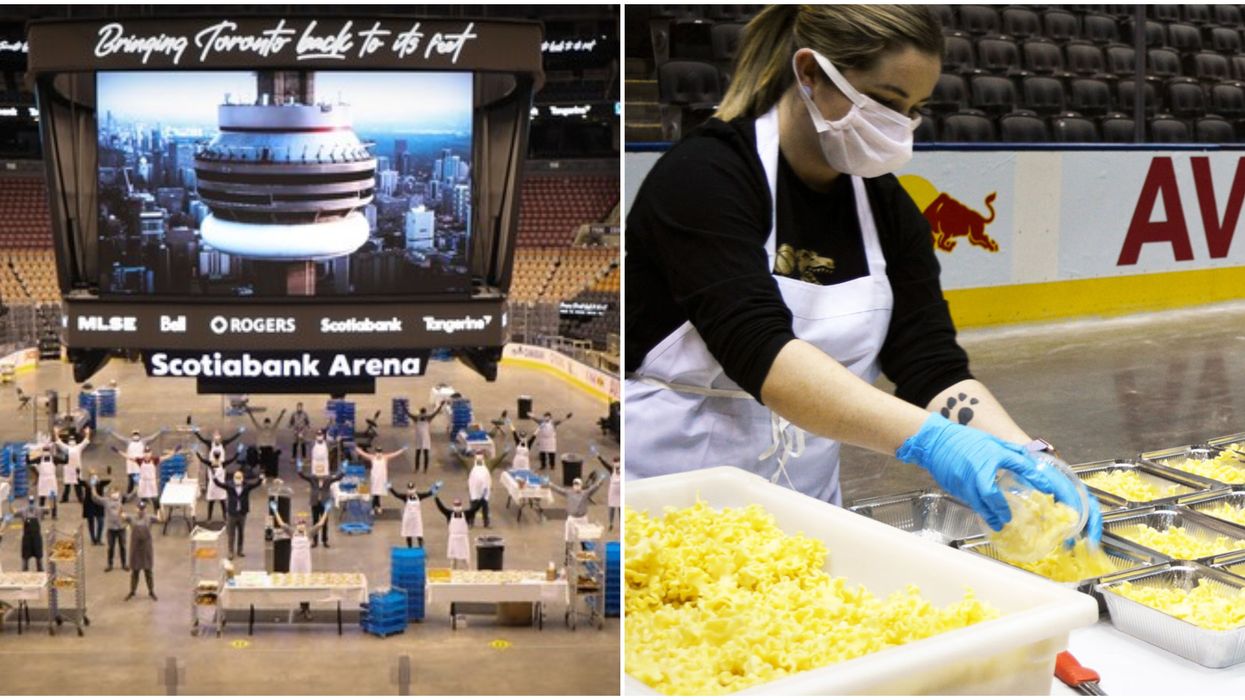 Toronto's frontline health care workers are going to be better taken care of thanks to a new initiative in Toronto's most popular arena. Scotiabank Arena's meal program is aiming to prepare and deliver 10,000 meals a day to frontline medical staff, all of which will be made in the venue. The food will also go to community agencies and the most vulnerable, as well as families of frontline health care workers.

While the arena is usually used to host large concerts, the Maple Leafs, and the Raptors, it will now be transformed into a giant kitchen.

The meal program has been jointly organized by Scotiabank, Tangerine Bank, Maple Leaf Sports & Entertainment (MLSE), Rogers, and Bell, according to a news release. It is meant as a way of commending hospital workers for the tireless work that they have done for the city. "In a time of crisis like we are experiencing, many different needs emerge, and we saw this as a chance to use our facilities and engage our people to serve our community," said Michael Friisdahl, President & CEO of MLSE.They are also partnering up with Second Harvest, which is the largest food rescue organization in Canada.

The joint venture will get meals out to food banks as well as shelters, according to their website's mission statement. The mission also aims to end food insecurity in Toronto.

According to the news release, chefs and food and beverage staff, along with employees from different departments within the company, are working together on this program.They will even be opening the Scotia Plaza as extra kitchen facilities for the venture.

"We are very proud to be utilizing Scotiabank Arena and the kitchen facilities in Scotia Plaza to feed the most vulnerable members of our community, and care for our frontline health workers as they care for us all," said Scotiabank President and CEO, Brian Porter.

However, Scotiabank Arena isn't the only venue that has started to help out those in need during this trying time.

Multiple restaurants across the GTA have started offering free meals to both frontline workers and those who have lost their jobs because of the pandemic.