That reaction was an awful moment in Raptors history. 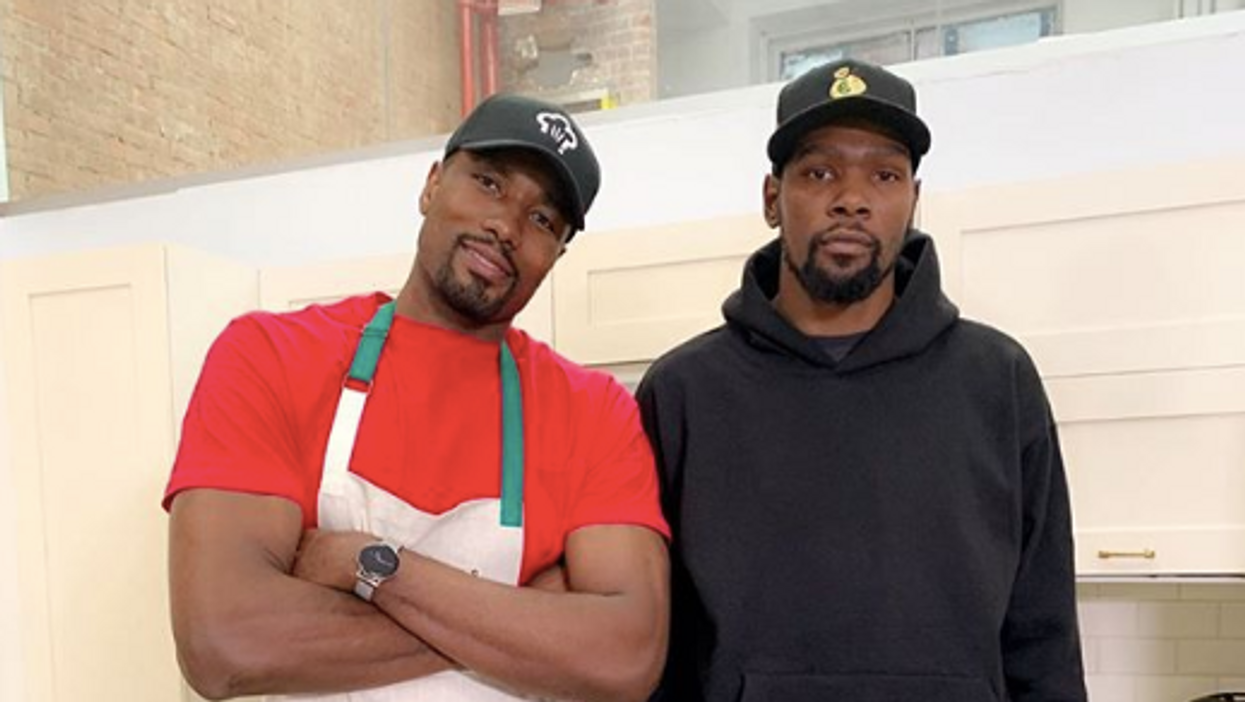 Kevin Durant was the most recent guest on Serge Ibaka's show, How Hungry Are You?, where he chatted with the new Brooklyn Nets star about the past NBA season. The Serge Ibaka and Kevin Durant conversation was a highly anticipated one, especially after Raptors fans disrespectfully cheered on Durant's torn Achilles tendon last season. Serge took the opportunity to apologize on behalf of the fans and went into more depth about what the outcome would have been if Durant had been in better shape. The two sat down and were all smiles, while Ibaka thanked Durant for coming and asked him about his recovery. Durant said it is coming along, but says he's "not expecting to play at all, but who knows...I'm planning on sitting out the whole season." Serge was a class act the whole time, and after asking about the injury, he went on to say, "now, maybe, I know you feel some type of way about it, but I want to apologize to you for our fans.""Nah, man, it's all part of the game," said Kevin. "I understood the whole thing. This was Toronto's first time in the finals, they treated it like a college atmosphere, so I understood, there wasn't no hard feelings."He even went so far as to call Raptors fans "classy", which is definitely a compliment for the Toronto crowd.

Durant continues on to say he will "always take a jab at the Raptors fans cause we lost to them in the final so I'm gonna talk shit as much as I can about y'all."

However, it wasn't just an apology that was talked about during the interview. In fact, Durant even went as far as to claim that he could've beaten the Raptors if it wasn't for his injury.

In the interview, Serge asked, "Do you think if you didn't go down, you guys would beat us?" Durant replied, "for sure."

"Are you sure about that? Are you 100 percent, my brother? Because I'm telling you right now, no. We were hot, baby, we were hot. We were like fire. Nobody could stop us," said Ibaka."I could, I was like Sub-zero," said a laughing Durant.

It was plain to see how confident he was in that statement, even when Ibaka tried to challenge it.

"Y'all almost lost anyway," Durant tells him, smiling."Klay [Thompson] went out, and ya'll almost lost. So Game 6, we would have smacked ya'll at the crib. And then Game 7, I know for sure you could hear a pin drop in your locker room walking into that arena. Ya'll would have been so shook."Serge couldn't argue there. Check out the whole 20-minute interview below.