"BUT WHAT ABOUT SCARVES?" 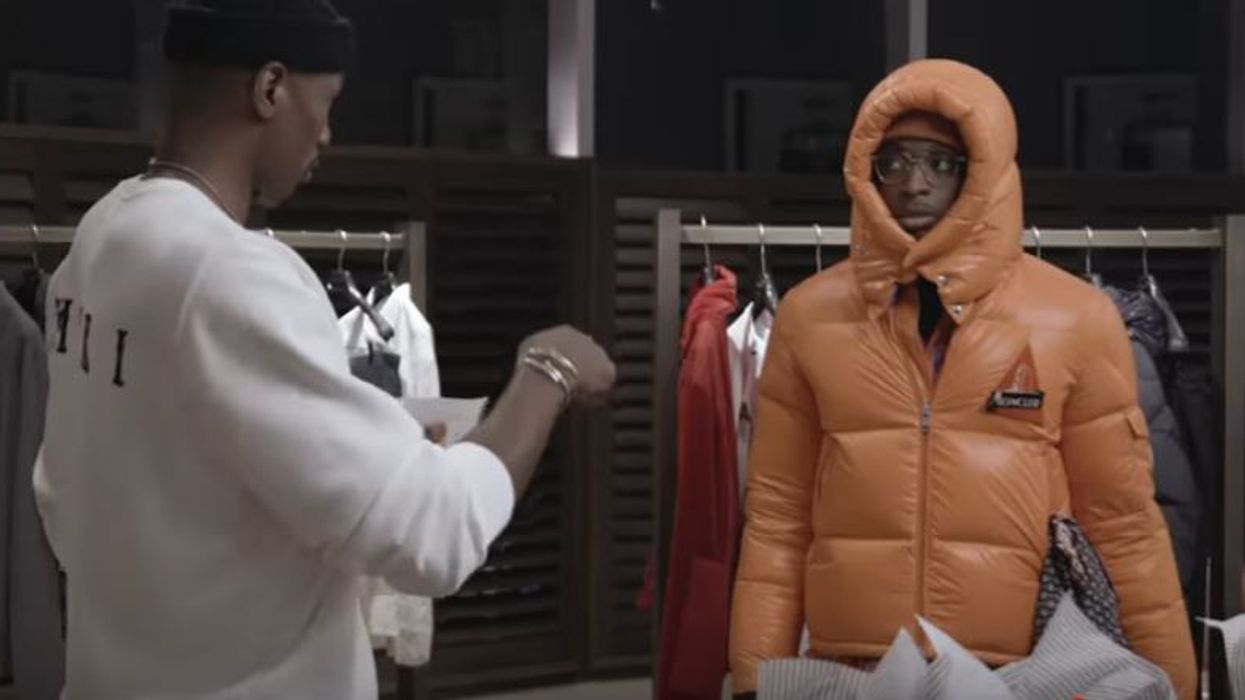 The Toronto Raptors are a team often praised for their chemistry off the court as well as on it. From Kyle Lowry and DeMar DeRozan to Pascal Siakam and Fred VanVleet, past and present rosters have been filled with brotherly love. And it seems Serge Ibaka and OG Anunoby are fans' new favourite double-act after the pair trolled each other over their fashion sense.

The latest episode of Holt Renfrew's "Avec Classe" series in partnership with Uninterrupted saw the 6ix stars debate the issue of style.

Of course, Serge was involved, given his position as the franchise's resident suave dresser.

This time, Anunoby got involved, apparently much to Ibaka's exasperation.

"Do you think because you come from London, that's why you're good at fashion?" Ibaka asks UK-born OG in the video.

"Probably a little bit. I was born with it. I think it just happened," OG replied, ostensibly on a mission to get under his teammate's skin.

Anunoby then kicked things up a notch. "We're the same style. I put you on how to dress," he told Serge.

You can almost hear Ibaka's blood boiling at such wild accusations.

"OG, you say you put me on fashion? Wow. I think I'm done. I'm done," the Congolese star says.

Then comes the film's true peak, the moment that should go down in Raptors folklore, if you ask us.

"I put you on scarves," OG says, to strong protests from Ibaka.

"And then you got one, and next time I was wearing mine you had one too, and you acted like you did it first. But I had the scarf first."

Wow. That's some bold talk from OG, and Serge was quick to put him in his place.

And fans think there may be a new double-act in the dressing room to rival past bromances like Lowry-DeRozan and Siakam-VanVleet.

"We need this Serge/OG reality show on Netflix," read one fan's tweet.

"Serge and OG are officially off all the trade blocks," insisted another supporter. "ALL OF THEM!"

The full video can be found here and let us tell you, it's worth watching in full.

And remember, when you're dressing warm for the rest of this winter, always consider the most important question: