Ibaka channeled his inner Lenny Kravitz with his scarf choice. 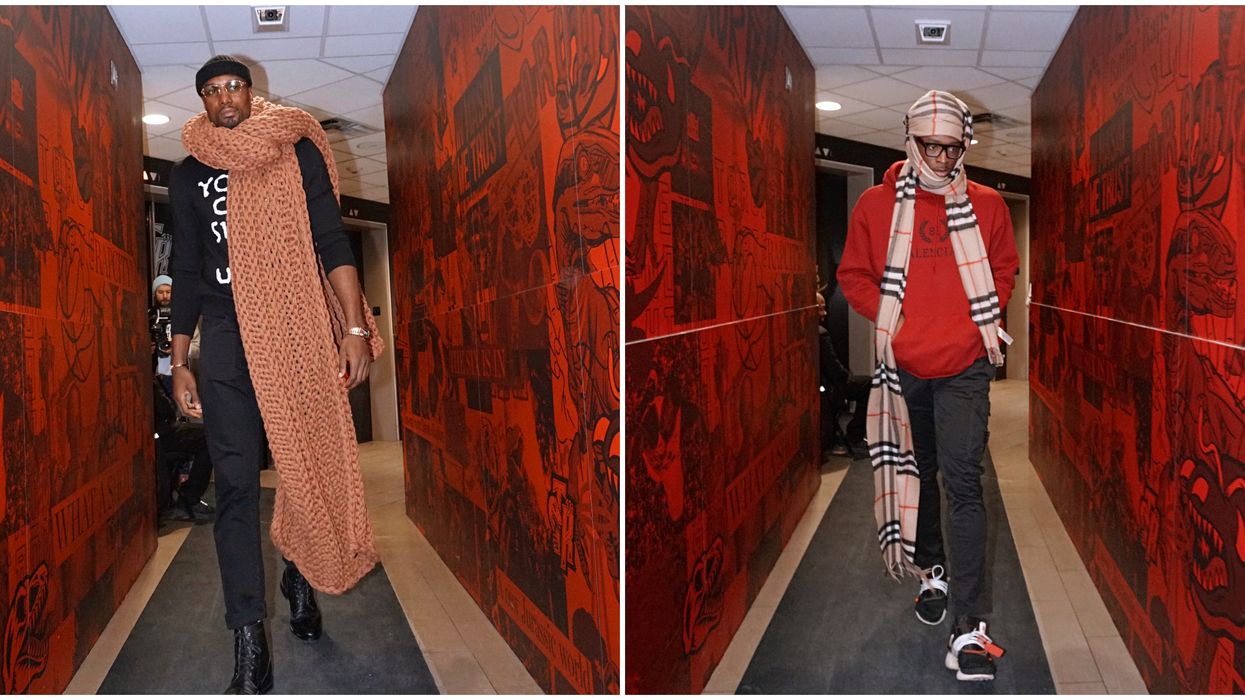 There's nothing like some friendly competition between teammates, especially when it has nothing to do with their sport. Serge Ibaka and OG Anunoby, who both consider themselves the most fashion-forward Raptors on the team, took things to a whole new level before Wednesday's game. We can't wait to see where this friendly rivalry goes next and we're just happy to be along for the ride.

Ahead of the game on February 5, Ibaka and Anunoby caught fans off guard when they strutted into the team's change room one after the other in their chic scarves.

Ibaka wore one that looks more like a blanket and rivals Lenny Kravtiz's famous giant scarf that got the meme treatment. You know the one.

Anunoby went a different route, with a long scarf that he wrapped around the top of his head, his chin and his neck.

On Twitter, the Raptors also posted a video of the teammates in their scarves and asked, "So who wins the scarf off?"

Ibaka seemed to be feeling himself, adjusting his massive scarf and posing a little bit for the cameras. Anunoby was more low key, keeping his head down as he showed off his look.

The "scarf off" comes just days after Anunoby joined an episode of Holt Renfrew's Avec Classe, which Ibaka hosts.

In the hilarious video, Anunoby insists that he put Ibaka on fashion and is the reason that he likes scarves.

When Ibaka tried to protest, Anunoby kept repeating "what about scarves?" Ibaka came back with, "I've been in the scarf game 10 years now."

When it came to crowning the scarf king, some fans didn't want to pick sides. Both were just so great.

@Raptors Raptors fan are just getting spoiled now with all these lovely content! https://t.co/iSYmJgU5bL
— Grouchogreen (@Grouchogreen)1580942715.0

The team went on to win their game against Pacers, breaking two records for the longest winning streak in franchise history and in Toronto sports history.

Ibaka scored in the last 30 seconds of the game to give the Raptors the win.

Maybe that little friendly competition before tip-off had something to do with it?