Serge is giving back to the community in a big way. 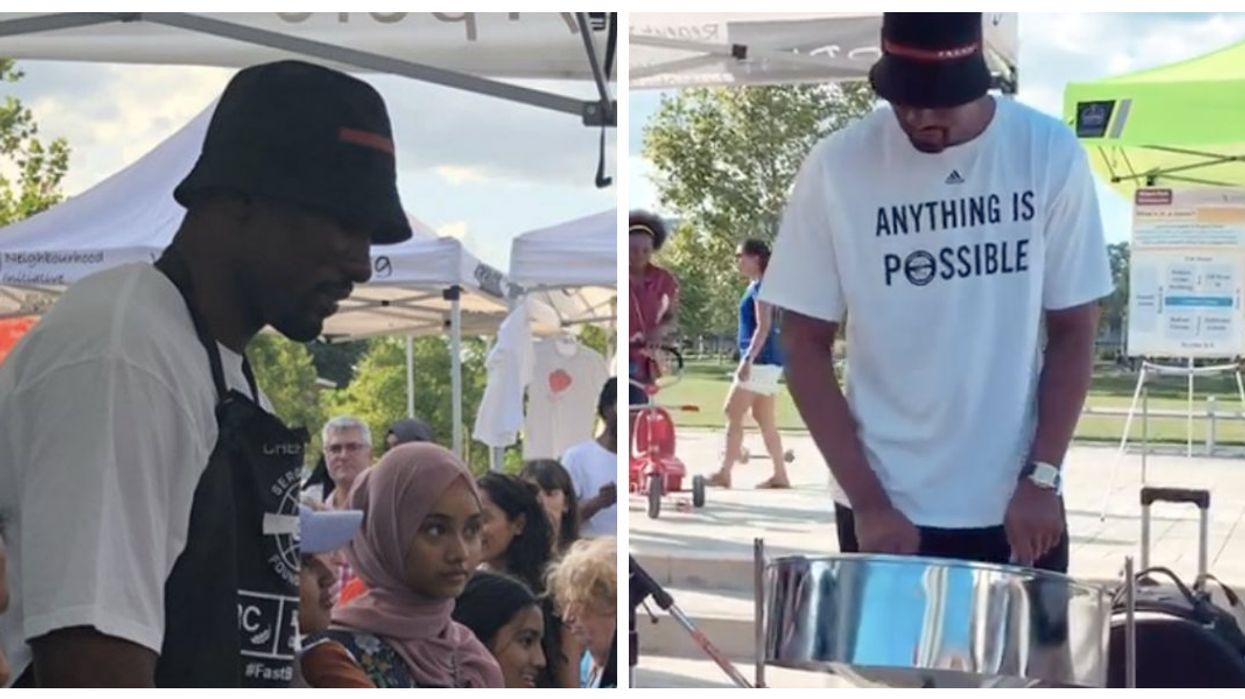 Serge Ibaka is truly a man of many talents. The NBA champion showed off his culinary skills this month during an appearance at Square One’s Night Market in Mississauga, Ontario. According to CityNews, Serge Ibaka even took part in a heated cook-off during the event to see who could make the best dumplings in just five minutes.

It was nothing short of amazing to see Ibaka show off his foodie side. However, it’s the Raptor’s most recent cooking endeavour that is really making a difference.

The Raptors star made a special appearance at the Regent Park Community Food Centre this Wednesday to help serve healthy meals to some very excited kids. It was announced this week that the player’s foundation would be donating thousands of meals to kids in need through the centre’s drop-in meal program.

According to a report by CBC, the Segre Ibaka Foundation recently teamed up with the Regent Park Community Food Centre with the hopes of providing fresh food to those in need. The partnership which is being called Fast Break Meals was kick-started by a donation from the player’s foundation to help improve the centre’s drop-in meal program.

Thanks to Ibaka’s contribution, the centre will now be able to provide thousands of healthy fresh meals to the less fortunate.

Ibaka spent his day at the centre hanging out with kids shooting hoops and serving them delicious jerk chicken meals. "One of the most important things I want to see is smiles on kids faces," the Raptors star told CBC in during an interview.