What a power couple they would be! 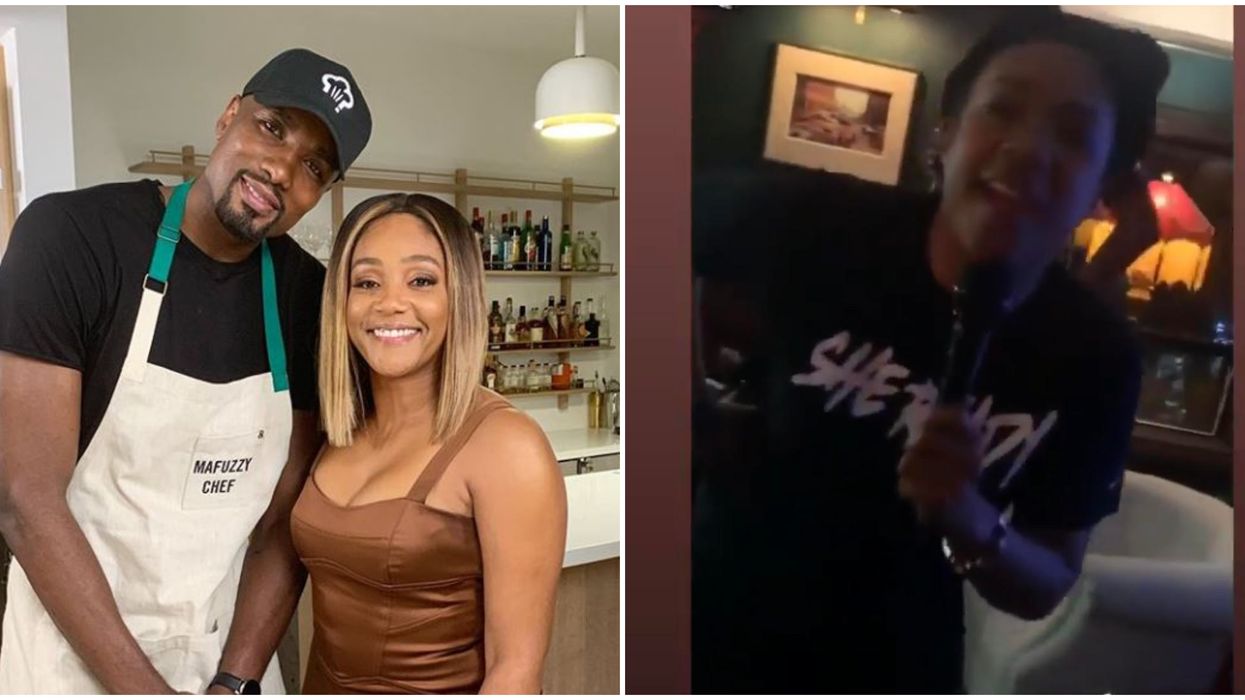 Besides the small deal of being a 2019 NBA champ, Toronto Raptors star Serge Ibaka is known for having his own cooking show, and he always makes time to make sure he maintains his "chef" status. While stars including Raptors teammates have made appearances, the latest guest is making fans super excited. A tweet posted by Ibaka on Monday shows a Serge Ibaka-Tiffany Haddish collab, and fans seem to think the pair would make a great couple.

UPDATE: Haddish was caught on camera at Ibaka's wild birthday bash at Regulars bar on King Street West on Wednesday night, lending further credence to suggestions that the two may be involved. On its Instagram story, Regulars reshared screenshots of the female comedian on-site. Toronto royalty Drake is also thought to have been in attendance.

EARLIER: Ibaka is a tremendously popular guy whether he's starring on the court or helping GTA youth in need. And he drummed up a mini storm this week when he tweeted a picture of the two stars together after Haddish apparently guested on his show "How Hungry Are You?"

It's fair to say they do look pretty cute together. Ibaka also posted the photo on his Instagram account on Tuesday.

And it seems that collab wasn't the only instance of the two being spotted together.

The following night, Haddish was snapped at Ibaka's birthday bash in the 6ix.

Darryl Purvis, a Toronto-based comedian, shared a story about the first night of his week hosting at Absolute Comedy in the city, at which Tiffany Haddish did a 45-minute set.

According to Purvis, Ibaka showed up at Haddish's set on Tuesday night and even heckled her from the audience! We're sure it was in good fun. If we didn't know better, we'd suggest it sounds almost flirty, in fact.

Just a few days prior to these meetings, Ibaka had been seen to "like" one of Haddish's pictures on Instagram.

Of course, they could be friends or even less, but people seem to be enjoying the thought that there could possibly be more behind the "like".

Fans certainly seem to be hoping for that outcome, if the comments are anything to go by! Here's a selection of just a few responses under the picture posted on IG.

We're sure we can all agree that they'd be a pretty cute couple, but this may well be a case of wishful thinking.

We'll just have to wait and see what type of chemistry they have going on when the video gets uploaded.

Haddish has been romantically involved with a Toronto celebrity in the past, although it didn't exactly go well. She explained back in June of last year that she was all set for dinner with Drake until he cancelled. Poor show, Drizzy.