Ibaka sure knows how to put an outfit together. 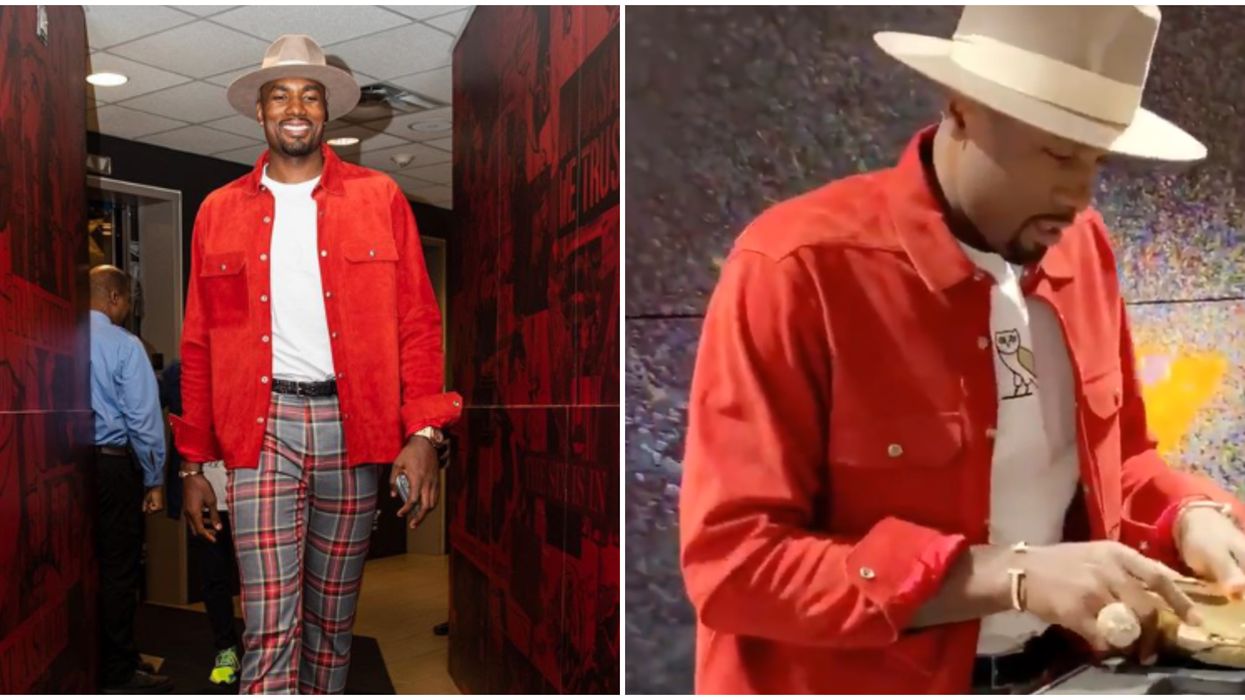 You may be cool, but you will never be Serge Ibaka high-fashioned RCMP cool. Ibaka caught fans' eyes while making his way into Scotiabank Arena ahead of the Raptors season opener on Tuesday night. The player, who is known for his love of fashion, was seen channeling those Mountie vibes in his pre-game outfit, and fans weren’t hating it one bit.

Ibaka was a sight to behold in his stylish red jacket, flannel pants, and a Mountie hat. The beloved player looked like what you’d get it if you took an RCMP officer and gave him a fashion upgrade. In fact, if members of the RCMP had that much swag all the time, we’d be living in a totally different country, and it would be beautiful.

However, it wasn’t just Ibaka’s impeccable fashion sense that was giving fans a buzz during their team’s first game back. The returning champs also fought hard to give their fans a win. The Raptors shut down an overtime session on an 8-0 run securing a 130-122 victory over New Orleans, with Ibaka chipping in 13 points. A notable absent during the game was Kawhi Leonard, who signed with the Los Angeles Clippers back in July.

Ibaka also recently posted a video on his Twitter of him unboxing his NBA Championship ring.

In the video, Serge can be seen slowly taking out his massive ring before adjusting his outfit and giving a wink to the camera that only a player as cool as Serge could pull off.

Ibaka and Norman Powell were also filmed sharing a moment together during the Raptors pre-game ceremonies. In the clip, Ibaka can be seen shaking his head in disbelief as Powell burst out in laughter, it's a heartwarming moment that captures just how overwhelming the experience is for the Congo native.

In another milestone moment for Toronto fans, Ibaka sat down with Kevin Durant this week for an episode of How Hungry Are You? Where the two talked about Raptors fan's infamous reaction to the former Warriors injury during the finals.