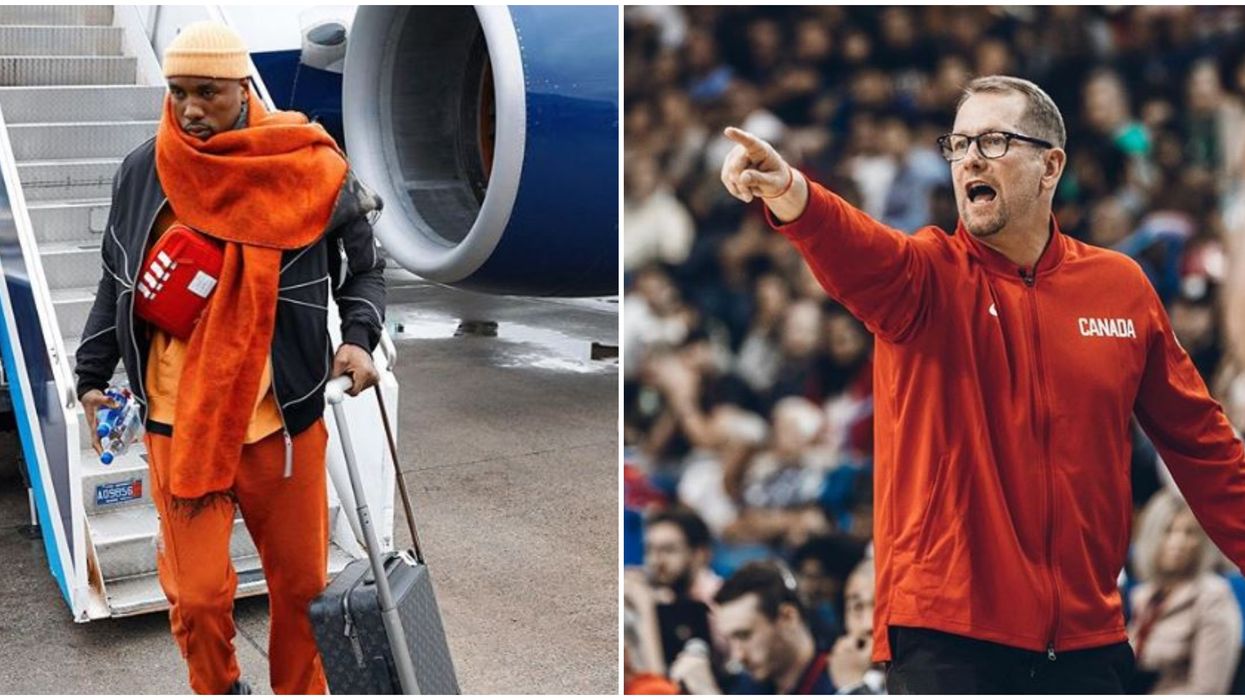 The Toronto Raptors, and Serge Ibaka in particular, don't do basketball or fashion. They do art. Ibaka's scarf gift made headlines last month when the team's resident fashion guru extended "scarfgate" by bestowing one of the items on each of his teammates. And now he's now revealed it was actually coach Nick Nurse who pulled off the look the best.

Ibaka's generous donations to the rest of the Raptors' roster in February were the latest installment of what has been some high-quality team drama in recent months.

And in a wide-ranging interview with GQ this week, the Congolese baller gave some more details about his decision and even revealed which Raptors rep he thought wore it best.

Well, second-best after Serge himself, we assume he means.

"I wanted to do (it) as a bonding moment," Ibaka explained of his choice to step up "scarfgate."

"We were doing so good (during the franchise-record win streak,) so I wanted to show my thankfulness for that moment.

"You know who looked the best in it? Nick Nurse. Nick loves music, he plays guitar, he's into art. And that was art."

After all, we guess Serge and OG have already had their own very public and very heated "scarf-off."

Even if OG looked fly as hell in the neck-warming accessory, we seriously doubt Ibaka would have acknowledged that fact.

The whole affair has certainly captured the imaginations of the team's fanbase and Toronto as a whole.

A month ago, the Raptors tweeted out some custom Valentine's Day card ideas, and a couple of them featured stylish Serge.

And first-time NBA All-Star Pascal Siakam even took time to chat about the whole drama on CTV daytime show "The Social."

We can't help but wonder what Ibaka would have made of Kawhi Leonard in a scarf had the Boardman stayed in the 6ix.

Probably not much, given what Kawhi apparently said to Ibaka about his Paris Fashion Week look.

As for Nurse, though, is there anything he can't do? He can ball, he plays guitar, he's not afraid to surprise with a walkout song choice, and he apparently exudes "Big Nick Energy."

Perhaps Ibaka's compliment might tempt the coach to show off his scarf suitability more often? At Wednesday's gig, perhaps?