The virtual Raptors hook-up we needed. 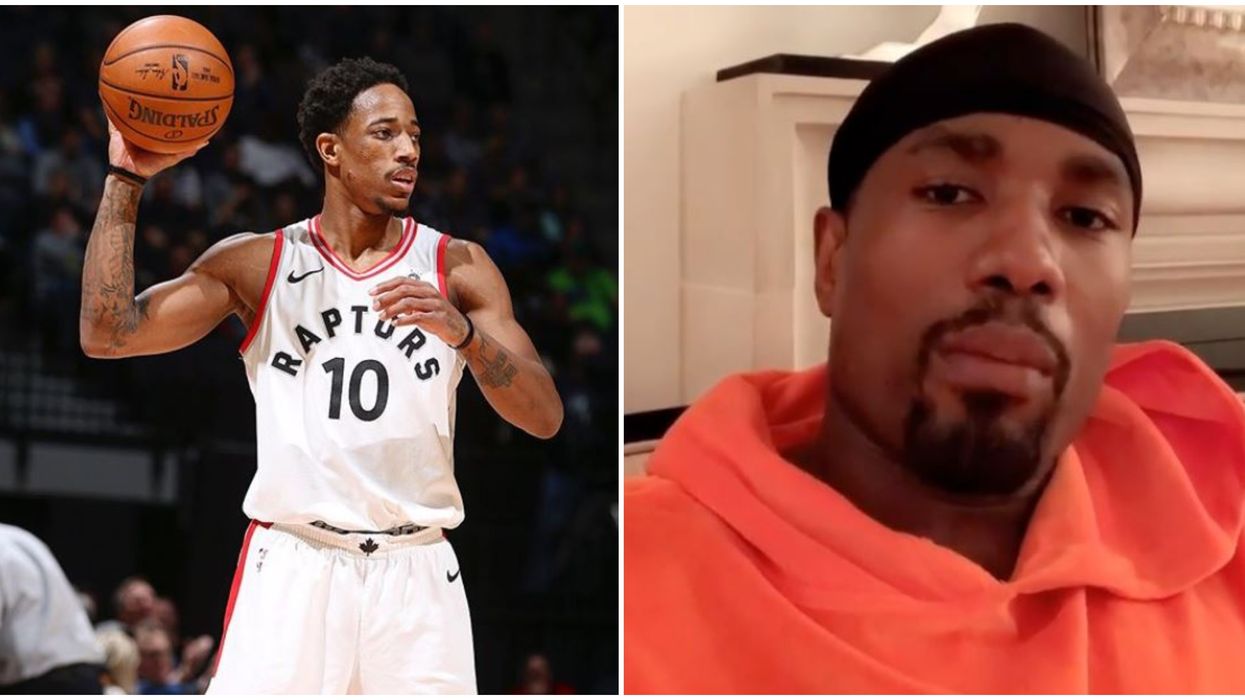 DeMar DeRozan, gone from the 6ix but not forgotten. As Serge Ibaka's talent show got underway on his Instagram Live on Wednesday, April 8, an old friend unexpectedly popped up. DeRozan decided to crash the party and even pledged to match Ibaka's donation of $20,000 to COVID-19 relief.

With most people spending their days indoor right now, Ibaka decided to team up with Ouenze Entertainment to create "How Talented Are You?"

While contestants joined Ibaka on IG Live for the virtual audition stage on Wednesday, there was one hell of a bonus in store for die-hards.

Viewers were thrilled to catch Deebo begging to join in on the fun as the show got going, and the San Antonio Spurs man did indeed check in partway through.

And he wasn't the only one paying attention.

The moment was captured and shared online as DeMar and Serge got reacquainted. Virtually, at least.

"Whatever donation you make to the winner, I'll match it alright?" says DeMar during the IG Live.

Ibaka seemed almost as shocked to hear from DeRozan as we were.

He thanked his buddy, though, and promised he'd share the details about the winner later on.

The virtual hook-up is just the latest instance of DeRozan repping his former teammates.

The moment was just too great, and fans were quick to reiterate that DeRozan still has "Toronto Legend" status.

"Yeah, @DeMar_DeRozan is forever legend status in Toronto. You ain't a real fan if you never saw that or see it now," reads a tweet.

Yeah, @DeMar_DeRozan is forever legend status in Toronto. You ain't a real fan if you never saw that or see it now. https://t.co/Z2b7uYkwJk
— Sebastian Suave (@Sebastian Suave)1586382921.0

DeRozan's been taking time during self-isolation to check in with several of his Toronto pals, in fact.

And just last week, Deebo and Pascal Siakam got all in their feels over IG Live, too.

So, there you have it.

You can take the man out of Toronto...