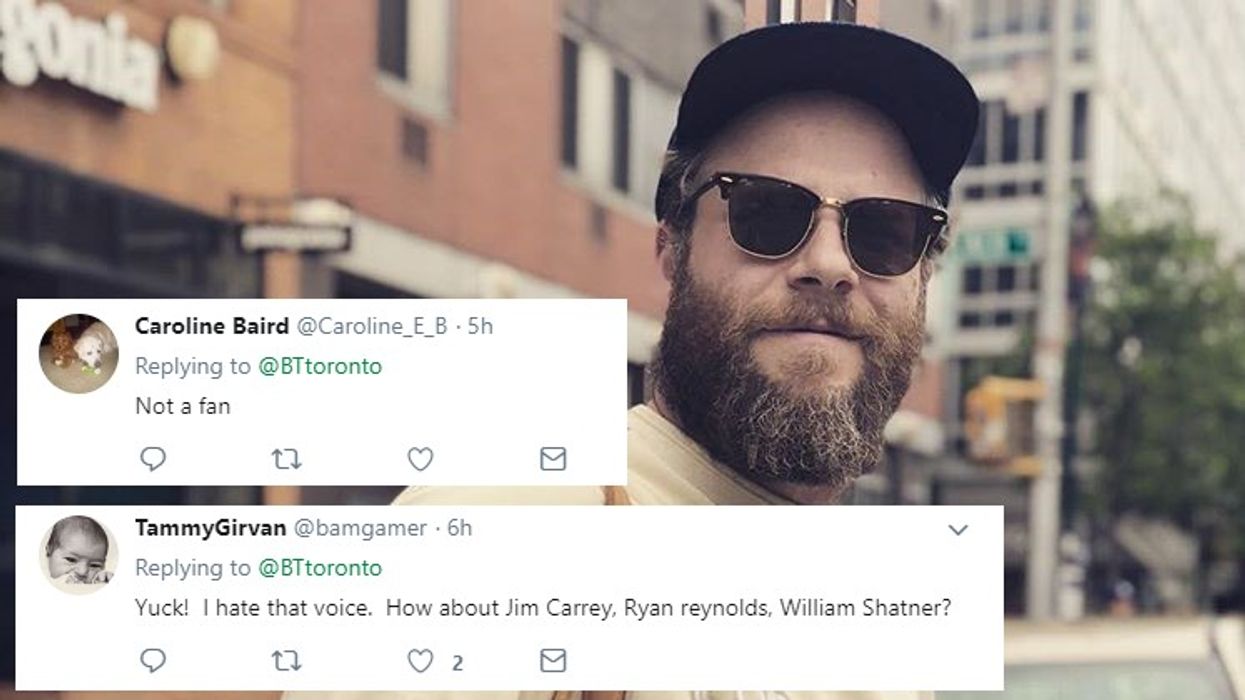 It has only been one day since the TTC launched their new PSAs starring none other than Canadian comedy actor Seth Rogen. But already some people are really unimpressed with the new announcements.

READ ALSO: Vancouver Just Announced They're Pausing Their Skytrain Partnership With Morgan Freeman And Here's Why

While a lot of Torontonians are happy to hear Seth on their commute, some are not on board with it at all and they have a number of different reasons why. In a recent CTV poll, they found that just less than half of Torontonians surveyed liked Seth as the new voice of the TTC while 51% of people said they didn't. While it is a very small majority, the fact that it's so close definitely shows that at best, Torontonians are divided over the TTC's decision.

To be fair, there are most certainly people out there that are big fans of the PSAs but the no side also has some strong defenders online and they have taken to Twitter to share the various reasons they don't like Seth's announcements.

Safe to say that reaction in my timeline to Seth Rogen's TTC PSA's is decidedly mixed.

The main thing that people seem to have against Seth is that even though he's Canadian, the actor is actually from Vancouver. A lot of Torontonians would have liked to see someone from the city, or maybe even the province, representing them.

Okay nice -- @Sethrogen Canadian voicing for TTC. But he's from Vancouver and is already the voice of transit there. What about Toronto's @arnettwill ?? Especially after you view this: https://t.co/XhKli3vtrc https://t.co/A8oiOjI9au

Another complaint is that the PSAs which feature Seth's signature sense of humour can come across a little judgey, which according to some people on Twitter is unnerving.

I caught just a little bit of one of his announcements over the PA yesterday. He must have been saying something about behaving in public, but all I heard was Seth Rogen saying, "I DO JUDGE YOU!" That's a weird tone for the #TTC to broadcast...

The final reason that people have brought up against the PSAs is that there is too much comedy that the message gets lost, especially to people who may not speak English as a first language.

Sure, it's cool that Seth Rogen is doing PSAs for TTC, but the quirkiness of them feel a little alienating for the diverse audience of Toronto, no? What good is a *Public* Service Announcement if the people you want to reach can't easily understand it?https://t.co/b1GVpWjK8p

The important thing to remember is that whether or not you like the new announcements, Seth Rogen did the project for free so really nothing was lost here.