The Actor lent his voice for the TTC's new PSAs. 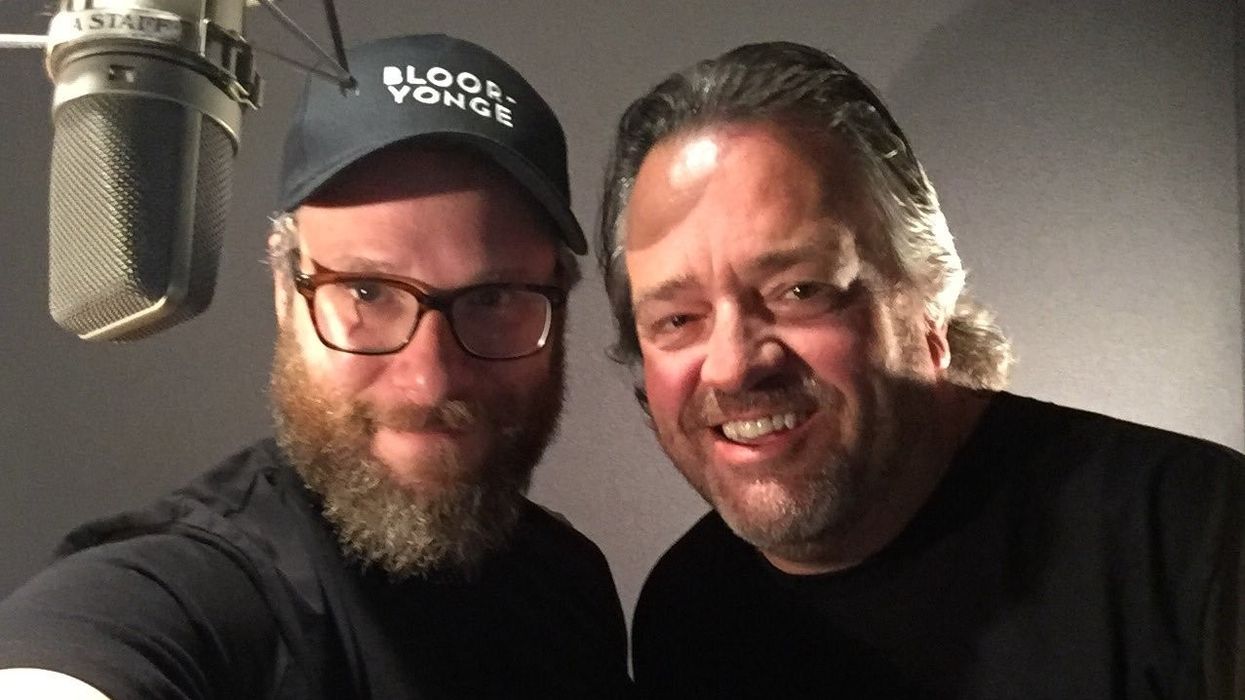 Yesterday, the TTC sent Torontonians into a spiral of theories and excitement when they posted a vague picture of Seth Rogen with the TTC Communications director near a microphone.

Now, the TTC has officially confirmed that the Canadian Actor will be the new voice of the transit system's public service courtesy announcements. The 12 different PSAs include safety messages, courtesy announcements like the new two-hour transfers, and thank you messages. They will be played at various Toronto Subway stations.

The good news is you don't have to wait until the next time you take the subway to hear Seth's voice. The TTC has released the list of all the recordings and you can officially listen to them right now on the TTC's wesbite.

The announcements are everything you'd expect them to be, with Seth identifying himself as a fellow Canadian and transit rider, before aiding his unique comedy and flare to the clips.

In one, Seth says he always holds doors for his mom but not on the subway because he doesn't need the delay. In another, he says he can't believe he has to say it but people need to stop cutting their fingernails on the TTC. Seth Rogen lent his voice to the TTC, meaning he didn't get paid for the project, and the transit system offered their thanks for his time and generosity in what they are calling a fun project.

This isn't the only transit system the Canadian actor is working with. Seth offered to be the voice of Vancouver's Skytrain announcements after they paused their project with Morgan Freeman.