Time to bring home the cup! 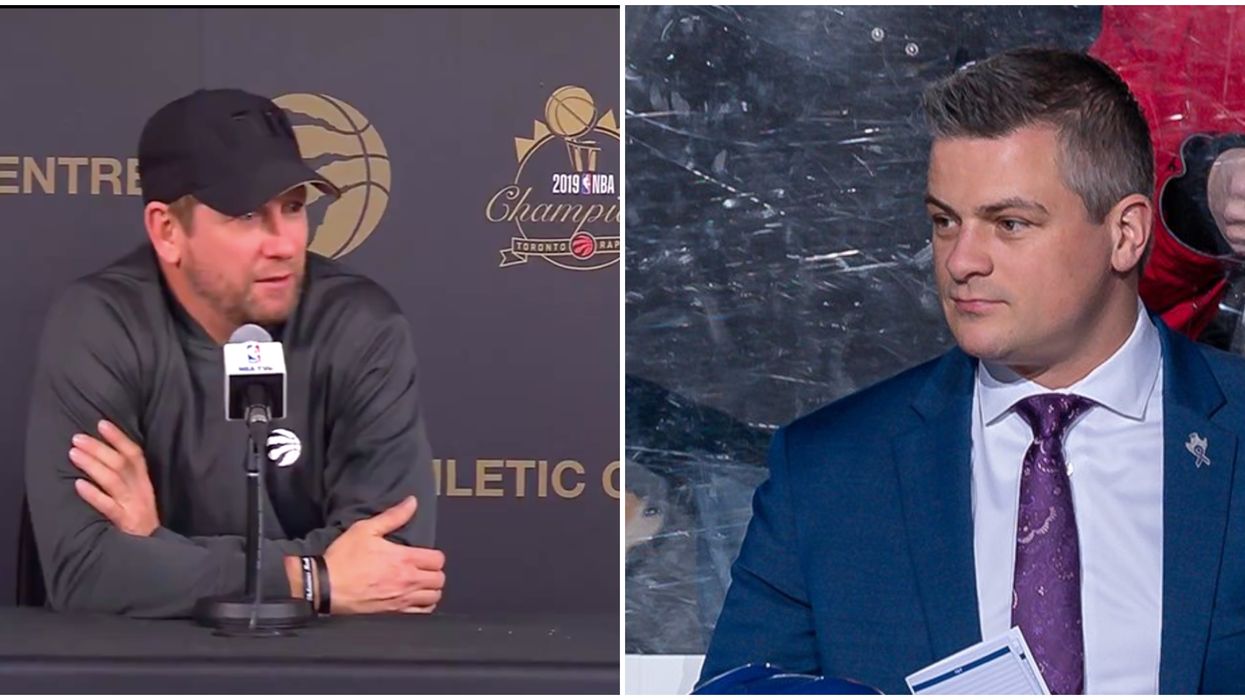 The firing of Toronto Maple Leafs head coach Mike Babcock sent fans into a frenzy, but excitement is already growing about his replacement. With Babcock out and Sheldon Keefe in, Torontonians have started comparing this firing to when the Raptors canned Dwane Casey and brought in Nick Nurse. And some supporters have already set their sights on their coach having a similar, championship-winning impact.

Nurse, of course, had spent five years as Raps No. 2 before getting the top job in 2018 after Casey's dismissal.

Meanwhile, Keefe has coached the Marlies in the American Hockey League since 2015, so he has the experience.

Like Nurse, all that now remains to be seen is whether he can step up in the big time.

Nurse's success with the Raptors was remarkable, as he took the pieces of the team Casey had led and turned them into a championship-winning unit.

Asking for Keefe to experience similar immediate success might seem a bit much, but Toronto's sports fans are full of optimism.

They weren't shy in showing that excitement on social media in the hours after Keefe's appointment. In particular, parallels are being drawn between Nurse and Keefe.

"Man has Nick Nurse written all over him," says one fan of Keefe.

This looks very similar to the Dwane Casey situation for the #Leafs. Mike Babcock made the franchise better for sur… https://t.co/TioeLlaixJ
— Griffin Porter (@Griffin Porter)1573959874.0

With the moves the leafs made this past summer coupled with the recent Babcock firing, the similarities between the… https://t.co/GwV4JxbniD
— Mason Sinkeldam (@Mason Sinkeldam)1574298227.0

Babcock's firing on November 20 was huge news for the hockey world, but didn't necessarily come to a shock to many fans.

After all, the Leafs were on a straight 6-0 losing streak and way off the pace in the Eastern Conference of the Atlantic Division at the time of his sacking.

Nurse actually commented on the decision to oust Babcock, saying, "It's very tough. A tough, tough business, and tough when it's in your own organization like that, for sure."

Now, the team and their supporters are hoping they can enjoy the same improvement in fortunes as the Raptors after making such a big call.

With all these comparisons, we can't help but wonder what Keefe's walkout song would be. Nurse's choice seemed to down well.