This promises to be a quotable evening! 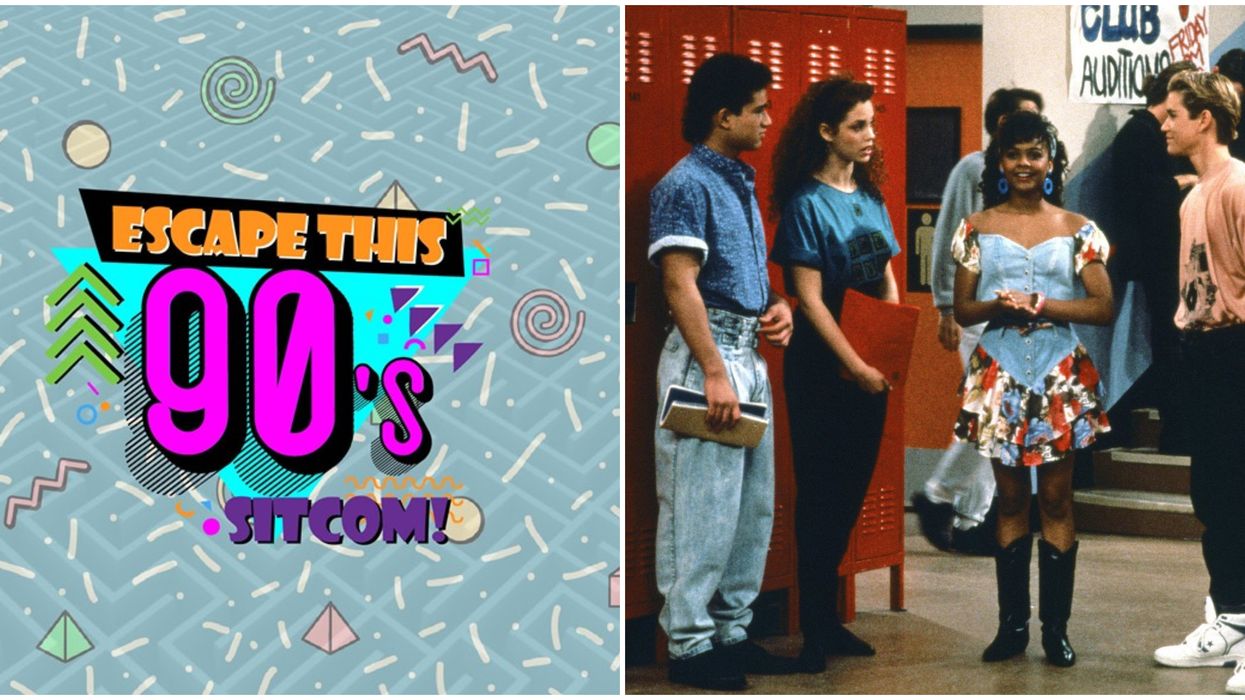 All '90s kids, rejoice! There's a new '90s-themed sitcom escape room Toronto opening next month and it looks fantastic. So dust off all your knowledge of the decade's most iconic sitcoms and head down to Dupont Street in September!

Escape This 90s Sitcom is the latest themed escape room from Trivia Escape Rooms, which had great success with its The Simpsons theme last year.

Now, it's taking on the whole catalogue of '90s sitcoms.

"Our take on the escape room experience forces players to remember jokes, characters, and other trivia-based questions in order to move throughout the game," Darren Leu, game master and owner of Trivia Escape Rooms, told Narcity.

The trivia and the rooms will be based around iconic '90s sitcoms like Seinfeld, Friends, The Simpsons, Saved by the Bell, and Fresh Prince of Bel-Air.

The '90s have a special place in Leu's heart, and that inspired him to create this themed escape room.

"I was not only raised in the '90s, but also raised by television families, and feel those shows stick with you for some reason. Why not immerse players in that world nostalgia won't let you forget?" he said.

The themed rooms still have the classic escape room feel you're accustomed to, like locks, codes, and black lights. However, the codes in these rooms are all based on trivia knowlegde.

So, if you know all the ingredients in Rachel's Thanksgiving trifle or what Mr. Skinner's first name is instead of how to solve math problems or decode hieroglyphics, then this escape room is perfect.

The cost for two to four players is $30 each. That falls for $28 each for groups of five to six players, and $26 each for seven to eight players.

But don't worry, you won't be grouped with strangers. The people you attend with will be the only ones going in the room with you.

"Those not as versed in the theme will still have an enjoyable time, as every trivia question can be solved by additional codes found throughout the room and assistance by the game master."

Trivia Escape Rooms keeps a leaderboard for the season where you can find the finish times and points of the teams that participated.

Once the season is over, the top-scoring teams get a special prize.

This '90s themed season runs from September 6 to October 20. And preparation is already ongoing for next season's theme, Nightmare meets Christmas.

Why You Need To Go: To put your '90s sitcom knowledge to the test!