This is just so bizarre. 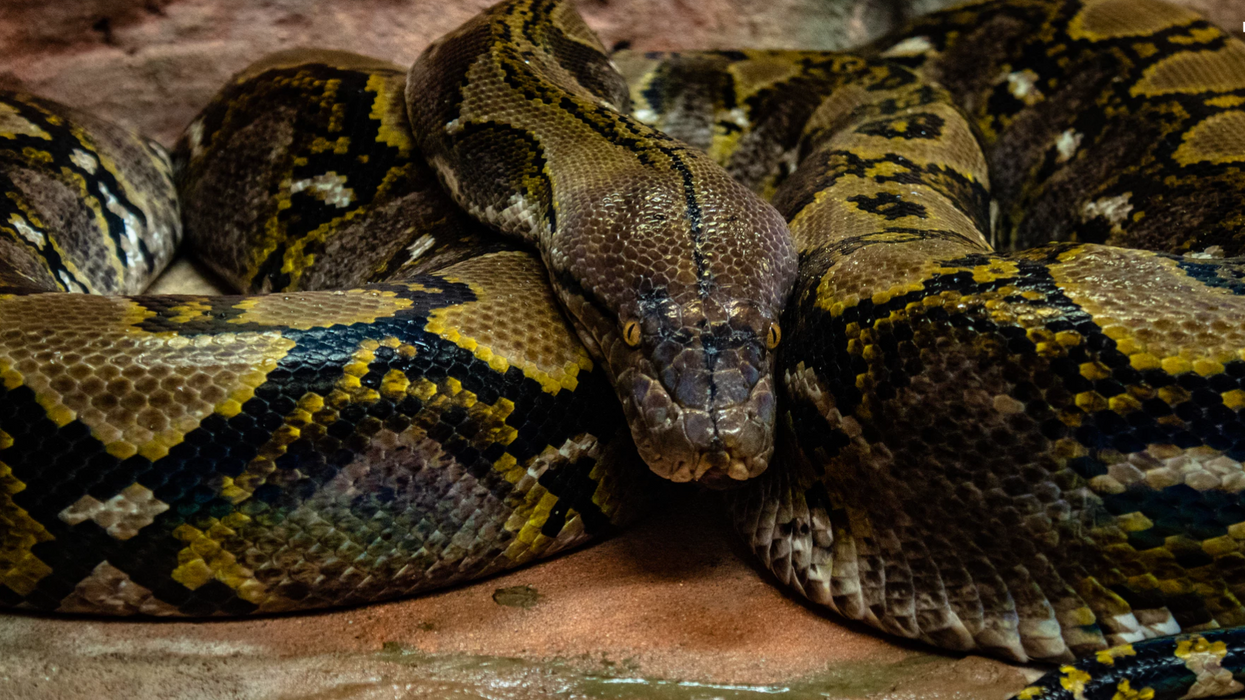 There are plenty of good things about living in a Canadian city, including that on a typical day, you usually don’t have to contend with spotting a giant snake in Toronto! However, sadly, in this crazy world we live in, there are always exceptions to the rule.

UPDATE: A woman named Samantha Sannella has reached out to Toronto Animal Services to thank them for reuniting her with her son’s pet snake, which she claims went missing weeks ago. Narcity reached out to Lyne Kyle, Strategic Communications for the City of Toronto, who confirmed that they had received a call from someone who says the snake belongs to them. That individual will be coming into the shelter to identify the animal.

EARLIER: A python snake was found near an Esso gas station in Toronto's east end on Tuesday morning. According to The Weather Network, police and fire officials arrived at the gas station, which was located near the Victoria Park and Danforth Avenue area, shortly after midnight.

The following photo of the python was provided to Narcity by Toronto Animal Services:

Toronto’s emergency services had received a call about a snake coming up from a sewer grate at the station's drive-thru. Thankfully, firefighters were able to remove and secure the snake into a bag. The animal was then moved to the Toronto Police 55 Division while they waited for city Animal Services to take over.

The snake was estimated to be between three and five feet long — yikes. The city of Toronto has a strict ban against snakes that reach an adult size of more than three metres, or nine feet. Venomous and poisonous pets are also prohibited.

According to a report by CBC, Toronto Fire Services stated that 311 had received a call from someone attempting to surrender a snake, but the city’s animal shelter was not open at the time of the call. It’s suspected that the owner of the snake then ditched the reptile in a nearby sewer grate.

City officials released a statement saying that the snake will be taken to a reptile sanctuary.

"Anyone that is no longer able to care for a snake is strongly encouraged to surrender it to a local herpetological society," the statement read.

So, all and all the situation had a pretty happy ending. The snake is on its way to a better place, and no one was attacked by a giant sewer snake in Toronto.