This doppelgänger is on a whole other level. 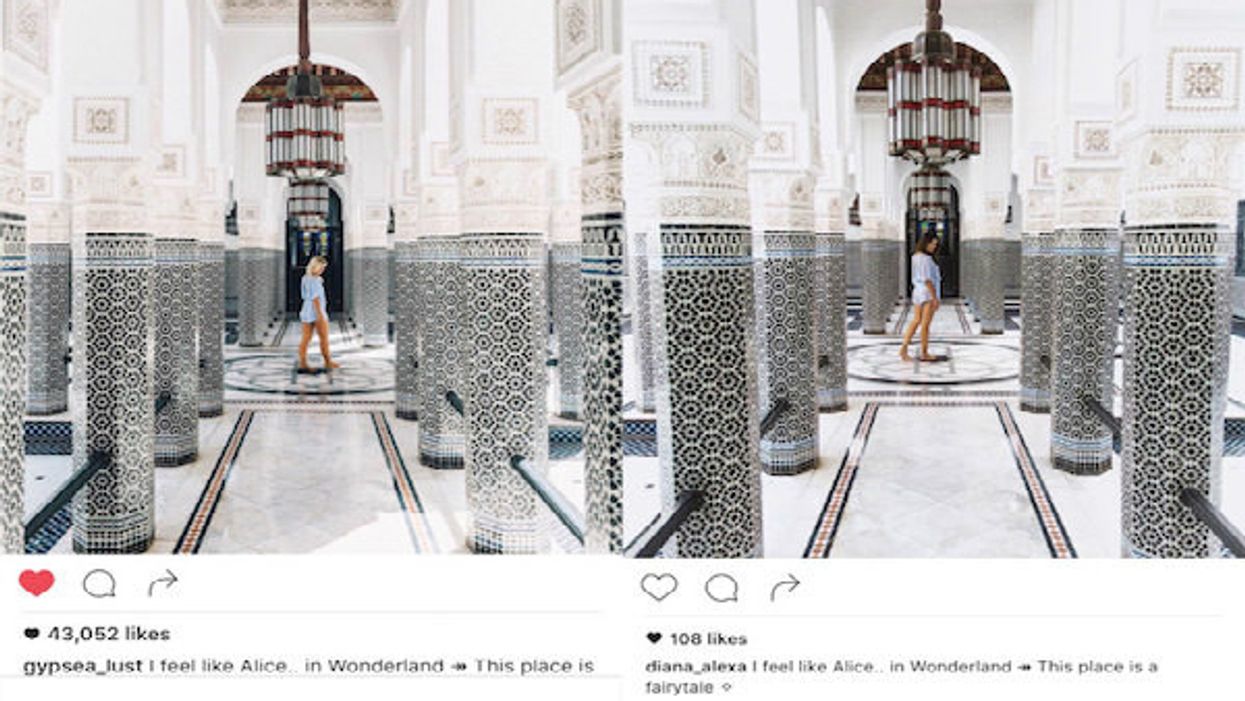 Sometimes, imitation isn't the sincerest form of flattery; especially when that imitation is carried out to a T.

READ ALSO: According To Rachel McAdams, You’ll Likely Run Into Her At These 5 Places In Toronto

In the world of Instagram, travel is a huge trend. As someone who hasn't travelled to many places, I'm always inspired by these travel accounts because they are a constant reminder that the world is so much bigger than the one I know of.

Serious Instagram enthusiasts know that it takes a lot of time, money and effort to curate an account, especially a travel account, which necessitates a lot of travel. So you could only imagine the frustration of Lauren Bullen, a popular 23-year-0ld traveller, whose Instagram account (@gypsea_lust) was blatantly copied by a complete stranger.

Even the captions she would post were the same, up to the very emojis she would terminate them with. Take a look for yourself (screenshots by Lauren Bullen):

The copycat took the photos with her boyfriend. But at times when he wasn't available, she went as far as to call up any random dude to take his place. She even dressed him up in outfits similar to those worn by Lauren's boyfriend, Jack Morris (@doyoutravel)! If that isn't creepy, I don't know what is.

After being discovered, the copycat @diana_alexa) set her profile to private and deleted all of the pictures from the internet. This entire situation brings to light the grey area of copyright and artistic integrity - How protected is your creativity within the bounds of the law? When is going too far, too far?