Someone Is Leaving Coins Worth $1,000 Around Toronto

Here's how to find them. 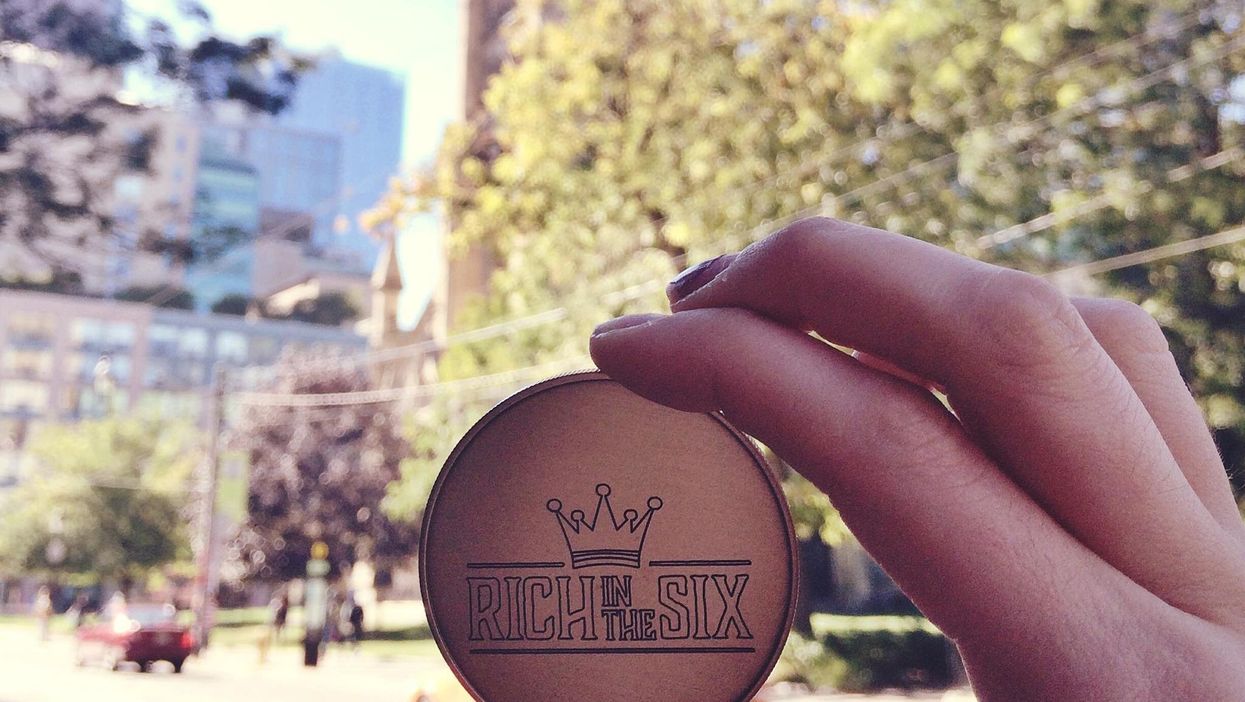 Rich In The Six
Laura Hanrahan

Everyone dreams of casually strolling down the street, minding your own business, when suddenly you stumble upon a giant wad of cash. Well, that fantasy will be coming true for a few lucky Torontonians, and you won't even feel guilty about keeping the money.

A mysterious Toronto-based project going by the name Rich In The Six, has decided to hide 1 money token per month around the city over each worth $1,000 cash. Tokens could be under a bench in Queen's Park, or attached to a lamp post on Bloor, or at a streetcar stop on King  — the possibilities are endless. Rich In The Six will be posting clues to the locations on its website every 2-3 days, so grab your most adventurous (and maybe most intelligent) friends for this awesome urban treasure hunt and get you some monies!

Once you find the token, all you have to do is input its serial number on the Rich In The Six website, attach a photo of the token, and say where you found it. After you're given your money, they'll post a photo of you on the site holding your winning token and a fat wad of cash. Participation is open to everyone and is completely free. The first token can be found starting on October 1.

Now I know what you're thinking, this seems way too good to be true, but let me tell you it's very, very real. Kindness and generosity are not dead, people! Rich In The Six simply wants to bring a little positivity to the media, make people happy, or at least give you something lucrative to do in your spare time. Paying it forward is definitely something I can get behind and if I had a bunch of extra money just lying around, I'd be all about setting up something like this too. Kudos to you, Rich In The Six.

Check out the Rich In The Six website to get your first clue.