Ontario is in for a dramatic change in weather tonight and it means tomorrow's commute will be messy. 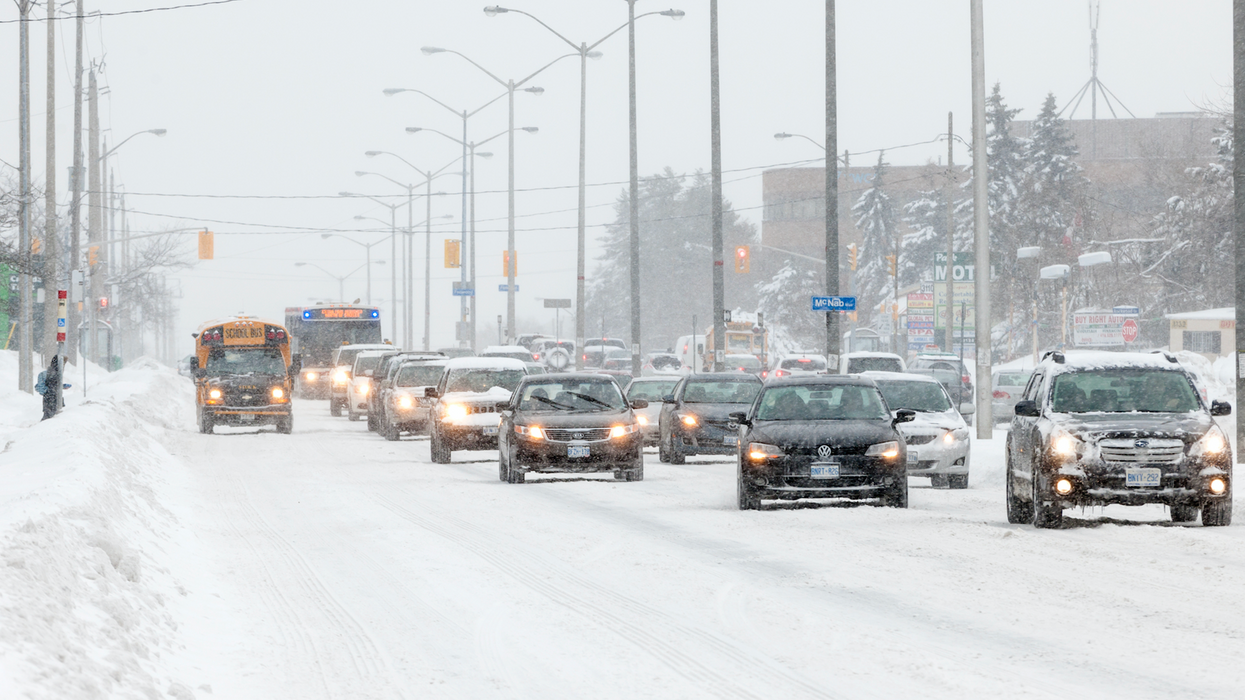 If you thought the -30°C weather was bad, get ready because Ontario is in for a "dramatic change" in weather tonight and it doesn't look good. According to Environment Canada, who has issued special weather statements across the province, a change in temperature is going to bring wing, freezing rain, and a massive snow storm tonight.

The special weather statements are in place in every single region of southern Ontario and they warn of a storm coming across the province from America. First, starting around midnight tonight, the storm will bring 2 to 5 cm of snow in the Toronto and Niagara regions which will change to freezing rain as the temperature warms up a bit.

The warning in the areas around Ottawa is a little different. In these more northern regions, they are expected to get anywhere from 5 to 15 cm of snow before the freezing rain starts later on Wednesday.

In all areas of Ontario, these special weather statements include freezing rain, which is expected to last for several hours. That means things could get messy for tomorrow's commute. While Environment Canada hasn't officially issued a severe warning about this, they are monitoring the situation and prepared to issue an official warning later tonight.

The Worst Snowstorm in 100 Years The biggest dramatic change in the weather is the temperature. While this past several days in Ontario have been met with extreme cold warnings and deep freezes, Wednesday's temperature will be completely different. Along with the warm temperatures and rain, there are also going to be intense winds across the province.

According to the warnings from Environment Canada, the winds are expected to reach up to 70-80 km/hour later in the afternoon on Wednesday.

The special weather statements also extend into some parts of northern Ontario, with the storm covering a lot of the province. There the temperatures are going to remain cooler and they are due for up to 25 cm of snow.